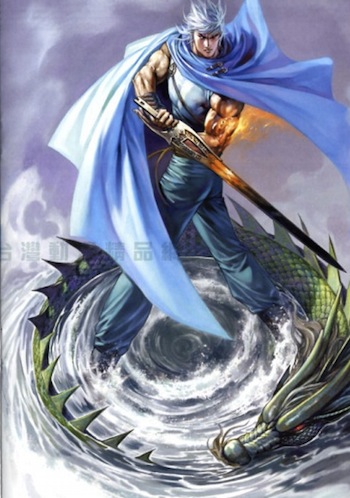 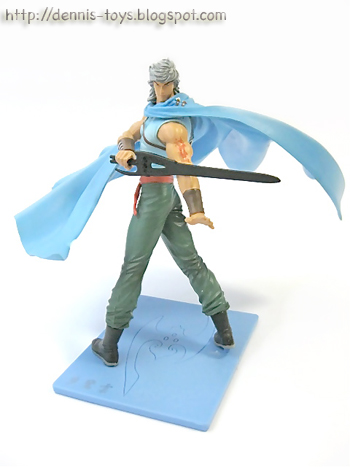 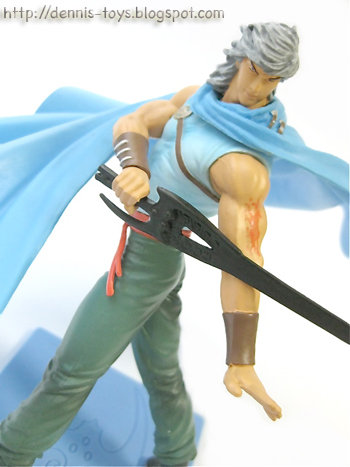 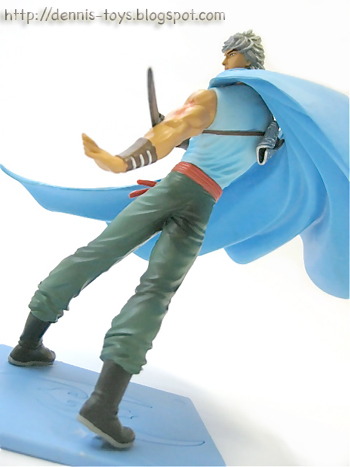 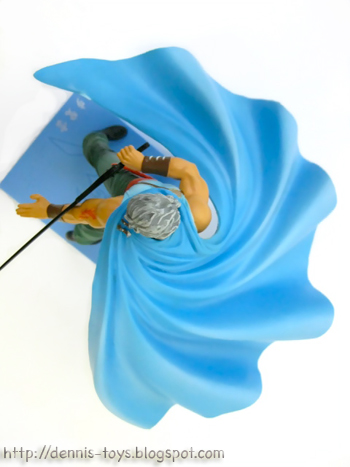 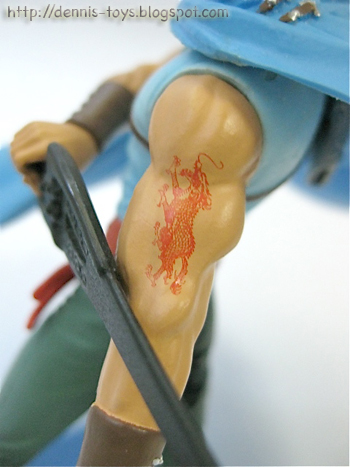 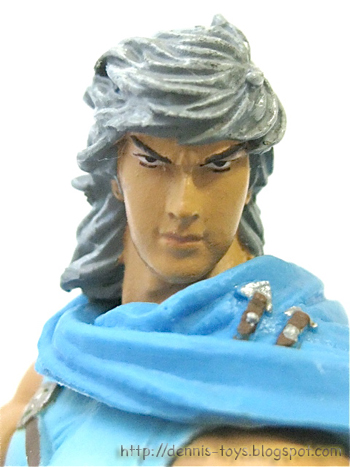 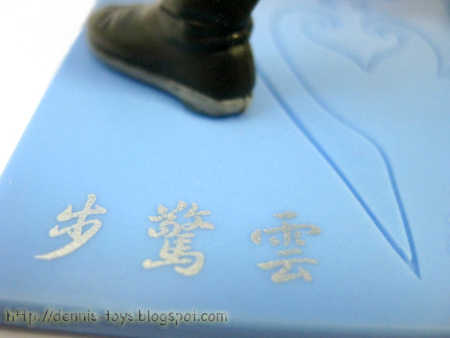 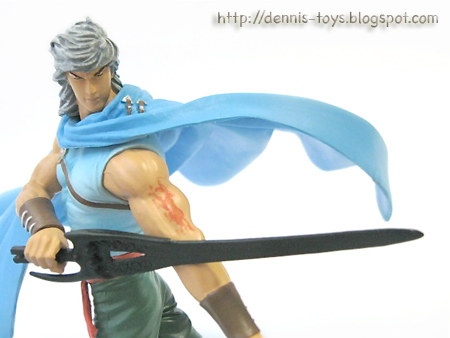 As the title suggested, Feng refers to ‘Whispering Wind’ and Yun, Striding Cloud. To complete the pair, I have also gotten the figure of Striding Cloud. In contrast with Whispering Wind, Cloud’s personality appears to be colder towards others except a selected few whom he cares for and respects. The fact that he didn’t not shed a tear when witnessing his family got killed, he’s nicknamed the " God of Death Who Does Not Cry" (不哭死神).

This 4.5” figurine is of the same toyline as the ‘Whispering Wind’ figurine, which I had posted previously. The figurine was sculpted in a way Cloud take the stance of wielding his powerful ‘Sword of Ultimate Superiority’ and at the same time executing his palm stroke with his Kilin arm just like the comic illustration in the first pic.
at May 17, 2011

Congrats on completing the pair. XD

Thx bro! Both Wind & Cloud will stir up changes for the better. Lol...

I've been looking at your blog for sometime and I do think your post about the model is very nice.

Good stuff always good to share and I am sure you would like more people to learn about your blog.

I have a little idea for you, I am actually staff of E2046.com, one of the largest online retail store on figures. We have a friend link for people like you, free of charge, all you need is filling in the form here:

Or if you have any problem or enquiry, you are more than welcome to contact me.

This Bu jingyun is the later part of the story in volume 4 when he has white or grey hair.

It looks nice with a 4.5inch figure!!

It is always great to have the pair, but I think the base would of been cooler if it matched the picture - love dragons

>> LEon
Bro, appreciate the info and thx for the knowledge sharing.

>> deSMOnd
Actual, it also look fairly decent on display, almost the size of a 1/144 HGUC Gunpla.

>> bluedrakon
I think so too. It will be more awesome that way.

Though i never follow the story of the storm warriors, but these 2 look badass! Which brand produces these figures yea?

The figures are produced by Jonesky HK Pte Ltd. Don't it it's much heard of. They are produced at limited quantity and is hard to find I think.

with different elements, this figure achieves a great charm as the previous u published... i like specially the sense of movement created in the cloak, also the tattoo, the silkscreen characters & the bas work is very well done... i would like to watch this series, seems something u should see =)

They actually with a senior who master the frost punch but was killed in the early stages of the comic. Glad that you like the figure and develop interest for the related movies.