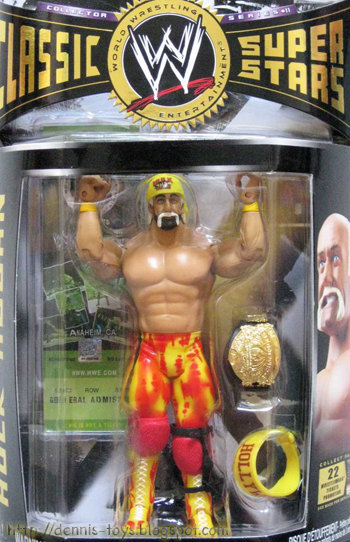 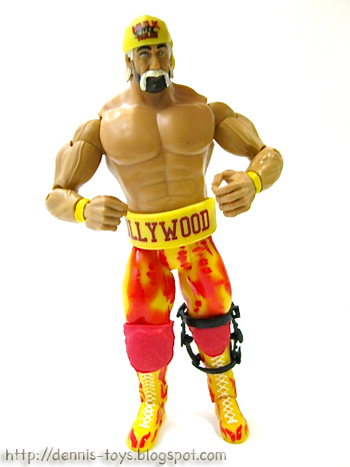 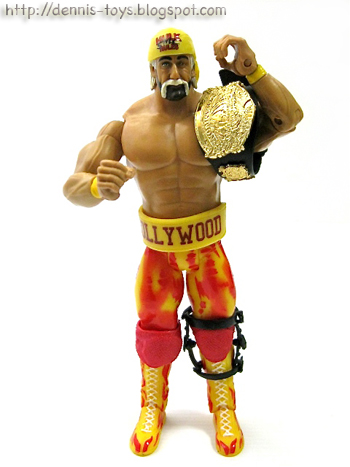 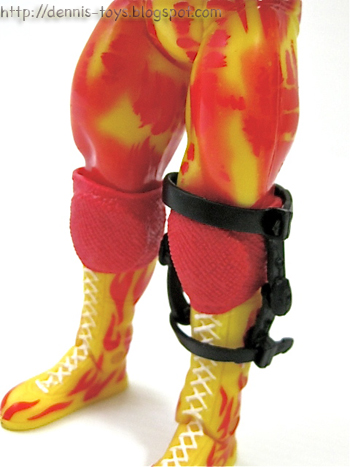 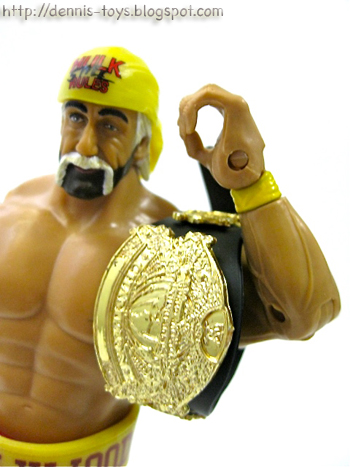 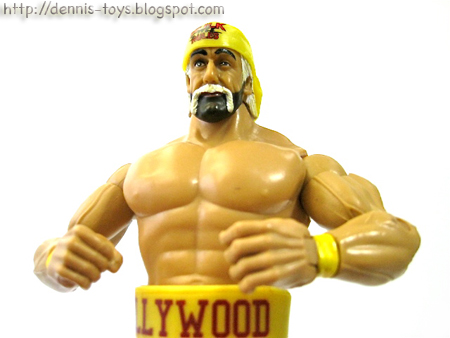 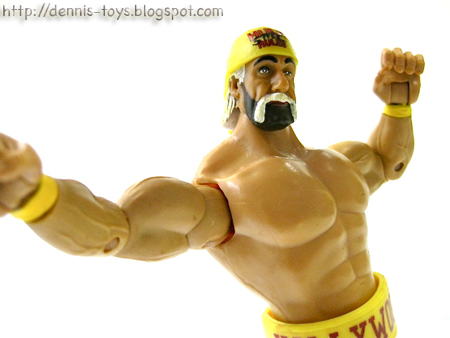 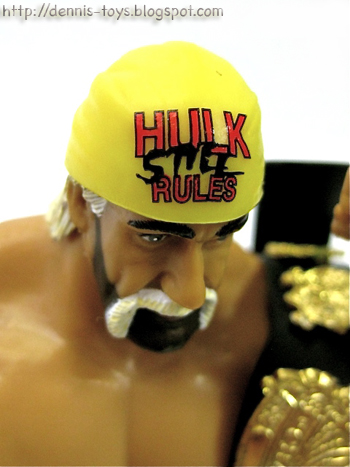 I had previously blogged about merchandises of Hulk Hogan so I'm now going to review on the figure of my all-time favourite wrestler. This figure is how Hogan looked like after he walked out from the shadow of NWO and when he returned to reclaim his World Heavy Weight Champion title as Hulk Hogan where all the Hulkamania ran wild. Hulk Hogan is the icon of wrestling and his charm grew as he aged. In fact, I like the aged Hogan more ever though his 24" python might have shrank. I got this figure cos Hogan was in his original yellow and red. The pattern on the tights looks great and the toy comes with his weightlifting belt, knee pads, knee guard as well as the WWE champion belt. The torso and arm were well toned. It could be better if it's given a skin tone that's more tanned. Hogan looks best with his bandanna and the facial expression of the figure was well sculpted. Hulkamania never dies so what'cha gonna do, brother, when Hulkamania runs wild on you.
at March 01, 2011

Well said bro!! I like Hogan as well. This is a great figure and he has a very good likeness to the real person..Very nice photos taken and good job :)

i hav mixed feelings bout wrestling shows... in some sense/cases is a fake fight, but in all cases requires a lot of technique... i enjoy it for a while, but now it hardly appeals me... is this a Jakks Pacific figure pal ??? seems vintage, but the sculpt, specially the head is fairly well done... the figures i know r from Mattel or Jackks, but if i liked this kind of figures, i would go for those of Jakks... =) oh, Hulk is pretty charismatic as well =O

I watched wrestling at the golden age if hulk hogan. if I collect wrestling figures (not that I say I won't) this is one figure I'm going to get as an evergreen icon. he is one of the wrestler who actually have his mtv. LOL

OMG - you actually did a post that most of the people I live near will understand - LOL.

Check out these guns!

>> deSMOnd
Thx Bro, I know wrestling figures are part of your collection. Something that I post to your liking.

>> chrismandesign
It's entertainment but it's really not easy for these wrestlers to last some long in a match. Like you said it, requires certain degree of skills. Yes, it's a Jakks Pacific figure and I like the figure a lot.

>> LEon
Wrestling in the 80's really are in its prime and in that era, many great wrestlers like Hogan, Bart Hart, Ultimate Warrior, Undertaker, Shawn Michael, Big Boss Man, Andre the Giant, British Bulldog, Hot Rod, Sgt Slaughter and many others were born.

>> bluedrakon
Ha! Ha! Finally, something that I have blogged that's closer to your culture. I'm looking for Shawn Michael figure cos the Heartbreak Kid is my second liking wrester in line.

the most iconic wrestler that ever lived. ^^
though the "leg drop" doesn't seem all that damaging compared to other finishing moves~ XD

Definitely the most iconic wrestler who lives a legacy and hall of framer. Renown wrestlers seems to have simple deadly finishing. I wonder how can 'The Rock' peoples' elbow be so powerful too! Lol... Well, it's just entertainment.

HAHAHA! and the opponent can lie down for so long for him to swing his arms around~ its entertaining but i do feel their pain sometimes though. ouch! lol