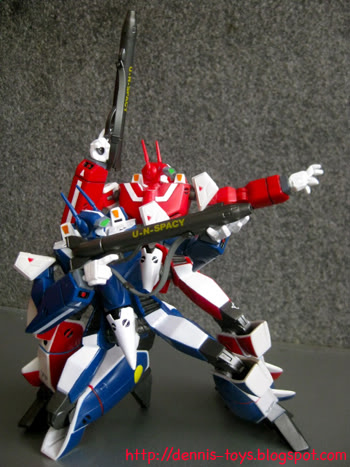 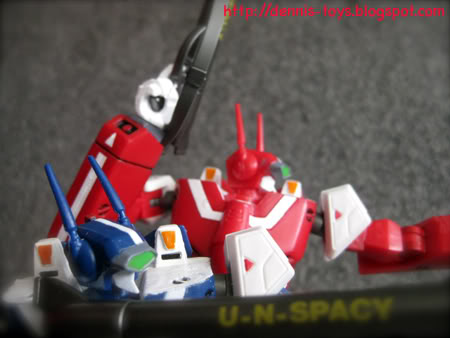 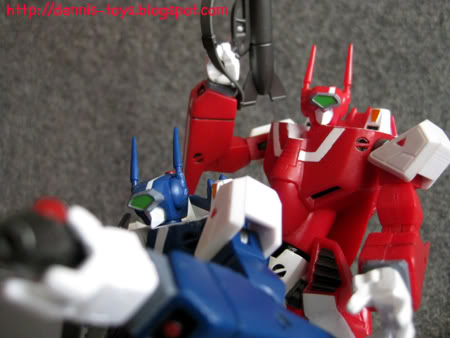 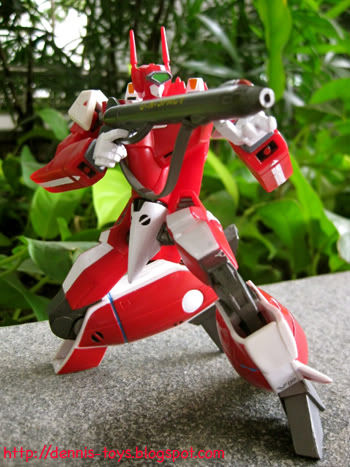 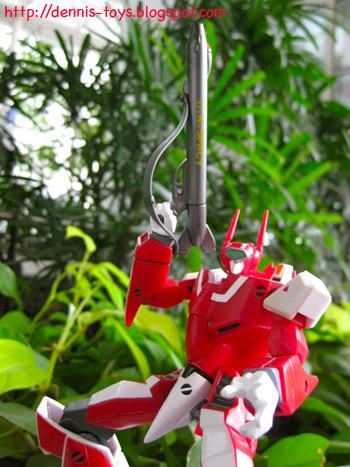 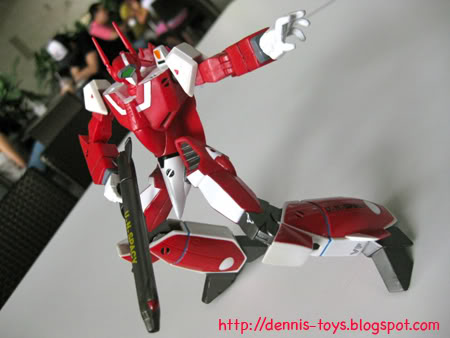 Look @ them! Ain’t they an item? It’s again one of those rare occasions, I took out my toys for outdoor shot and this time round are Max and Millia Toynami Super Posable action figures who get to see so lights outside home. Pics were taken on the same day after I had watched Unicorn Gundam episode 2. Released in year 2002, these are super posable back then when there were only Arii Macross battroid action figures with less than 18 points compared to Toynami’s super posable ones with additional features like dynamically sculpted, cool kneeling poses and interchangeable hands. All these were history after Revoltech was introduced.
at December 07, 2010

heck !!! they look really nice & super poseable (as its name says =)... i remember when my friend/colleague/official toys seller offered me some of them, from Toynami as well, but i declined the offer as they price doesn’t seem right for me (cleared, only for me)... i dunno if i would dare to make an outdoors photo shot, specially in a public places, like a movie theater, a restaurant or whatever... myb, who knows =)

those poseabilities makes them as nippy as those of Robot Damashii figures. nice outdoor "Tagteam" shots!

Strikie the pose!
They got some great articulation there and that red and blue together to striking.

I saw you taking photo that day and I have to say they look better than the revoltech in term of scale.

I love the shots of them together. Nice to see they get a little sun before going back in

the red one looks awesome

Been pretty busy lately and haven't visited your blog for awhile. Glad to take some time today to read your blog.

I must admit your blog is one of the few that is interesting to read, on par with Leon's Open the Toy.

I am currently eager to get my hands on the Revoltech Predator. haha

You got a nice pair of Toynami Max & Millia valkyrie. This past weekend I got myself a pair of Toynami Sasuke & Itachi Uchiha figures (Naruto Series)...quite satisfied. =)

>> chrismandesign
What a miss bro but I'm sure you do have some deals during the journey of collection. I'm actually quite shy doing that.

>> sl619
I would say these Toynami super posables are easier to handle for outdoor shots.

>> LEon
Oh yes, the bigger and better for me! Greed!

>> Bluedrakon
I hope to do something different at times and sometime outdoor shot could bring out a lot more from toys.

>> G.G.
I just glad that you dropped by bro! I recently saw a colleague reading your blog and when I talked to him, he told me your Gundam is the next informative Gundam blog after Ngee Khiong had closed his. It's truly remarkable.

must be due to the tighter joints. ^^

Haha remember seeing these 2 during our last meet up! They definitely trump the revoltech versions!

>> sl619
Joints are more of the back & fore. Can't really compare to the ball like revoltech joints.