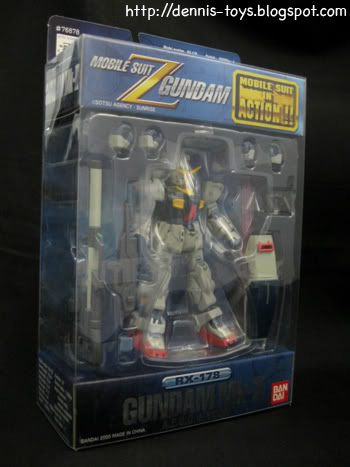 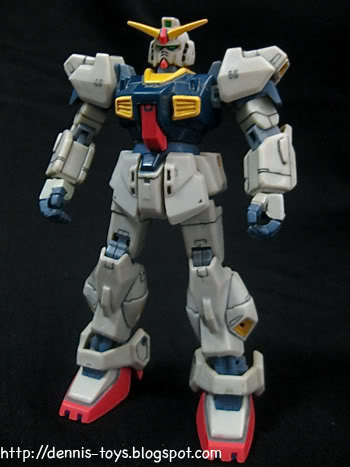 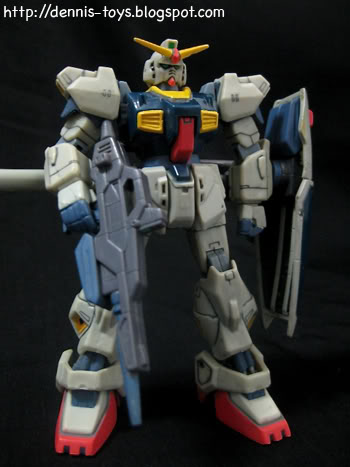 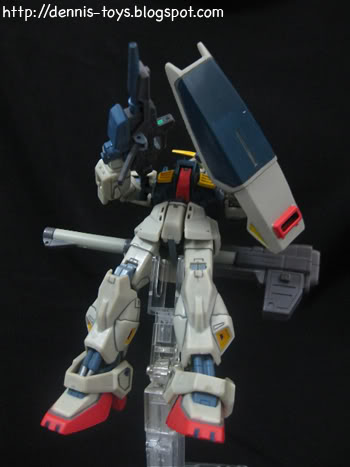 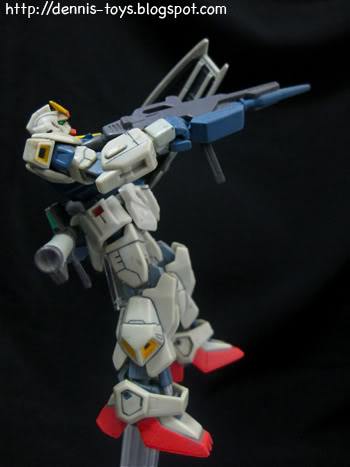 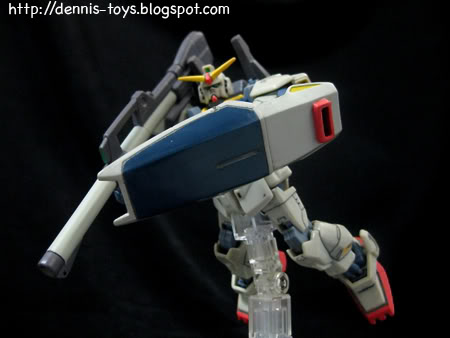 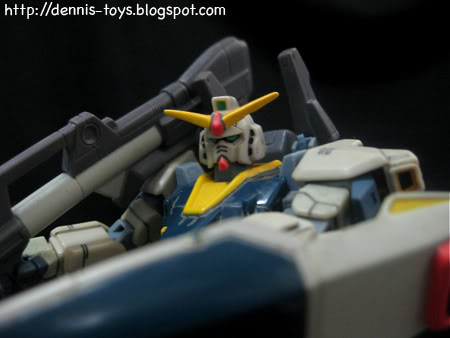 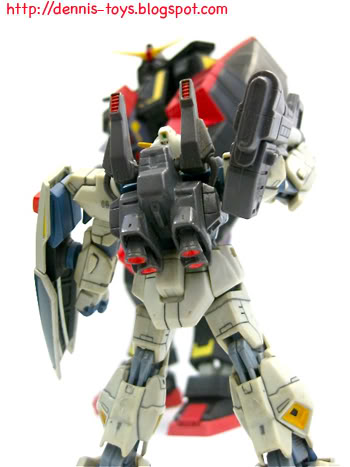 There’s another classic Gundam from Zeta Gundam series, which I have in Mobile Suit In Action toyline. Produced by Bandai in 2002 is an action figure, which stands approximately 4.5”. Gundam RX-178 MK-II was supposed to be a prototype Gundam assigned to Titans taskforce. When ‘Anti-Earth Union Group’ AEUG captured it, it was given a more angelic colour scheme. In the anime, Gundam MKII had proven worthy and remained useful throughout the anime as well as winning the interests of fans with accessories like flying armour (available in Advance MSIA) and G-Defender (combined to form Super Gundam that’s available in Gundam Fix Figuration GFF019).
at November 20, 2010

i just love the fear feel of psycho in the last pic. hehe!

The figure is nice but the body colour paint is different from its original colour. One example is pink colour on the feet instead of red colour...

>> Asrul "iLham" Sany
Ha! Ha! More of the adorable factor than the detail for an old action figure.

>> sl619
That's the whole idea and the last pic was taken when I retake the pics for MSIA Psycho Gundam, which I am going to reblog soon.

>> deSMOnd
I agree that the action figure lacks details and proper painting. MSIA was probably made with its target group on children for easy handling and fun.

I would forgive the thick panel lining for a toy of 4.5" that was mass produced so many years back. Hee! Hee!

actually is a good figure, bearing in mind its size, barely bigger than a gashapon... the packaging design is very attractive & makes it look bigger than it is (i thought it had 6" high or so)... a ten years old figure, uhmmm still looks nice =)

Very forgiving Mr Chrismandesign indeed. This was an old toy that was later replaced by the later Advance MSIA towards the ending era of MSIA and then the improved Gundam Fix Figuration GFF.

last image reminds me of shadow of collosus ^^

Strike fears isn't it. I had to take pic like this a long time back.