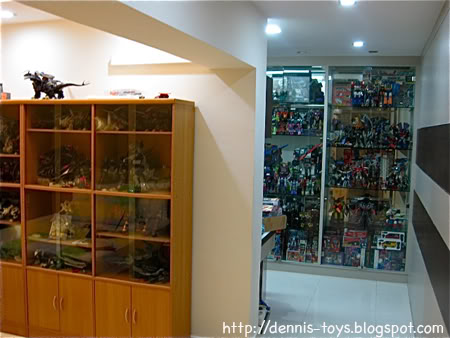 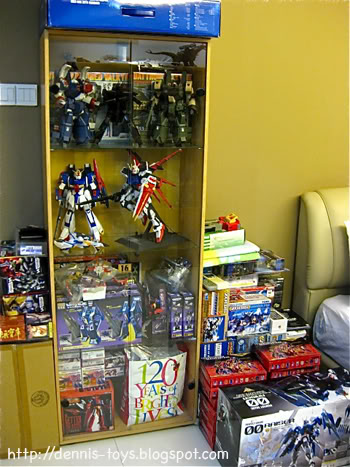 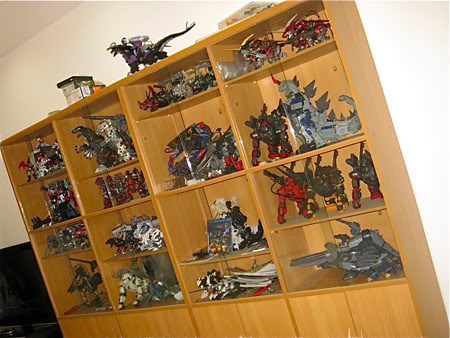 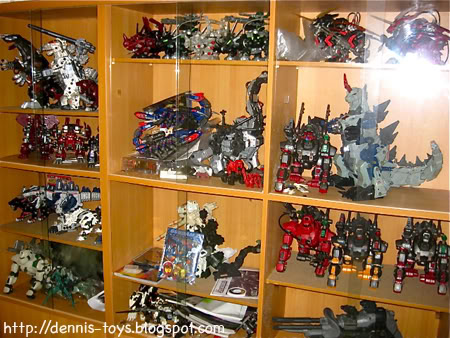 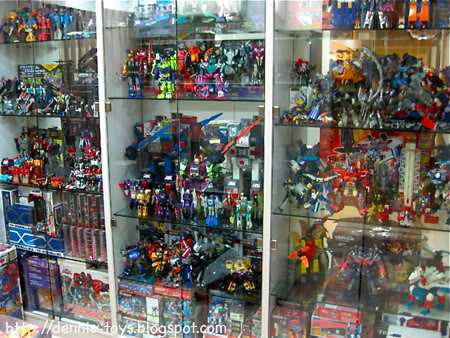 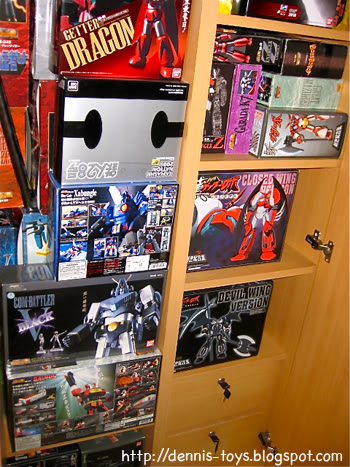 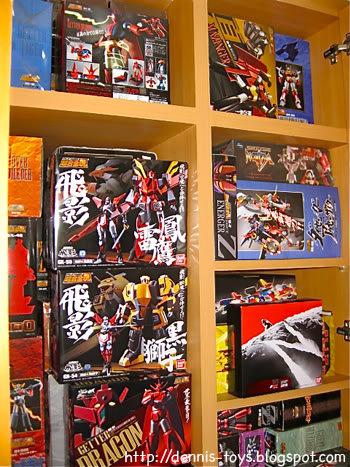 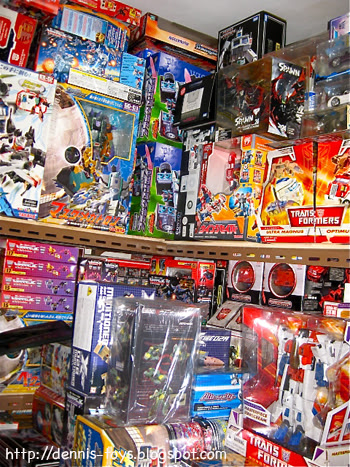 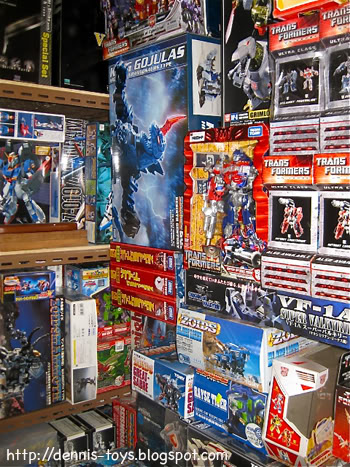 I have always mentioned about Jason and blogged about his Transformers toys but has never show you guys how stunning his collection is. Here's the chance and it's certainty going to be introduced by a few segments due to the amount of toys I need to cover. I must say even in segments, the depth of my coverage would only be considered much of a touch and go.

I guess it's appropriate to first start off with how I know Jason and when he started collecting toys. I first know Jason during my first formal full time job, that was also the time I plunged into serious toy collection.

Coincidentally, there was this occasion, I bought a reissued Power Master God Girai (in short Optimus Prime) and brought it to workplace. I happened to show it to Jason and his interest evetually lead him to what you see in his house today. I'm so guilty to have caused him to spend so much.

This toy collection journey we had is almost a decade ago since the infant stage of toy collection in Singapore. We have supported one another till now and surprising the passion still remain strong. Oh, I must not forget to also mention Mr K who is also has been our partners in crime at this while. K is now busy in a relationship sailing through the honeymoon stage. Won't disturb him till he saves up enough for marriage. Lol....
at November 18, 2010

Ha! Ha! I hope its not too much of sin. Well, Jason is generally a thrifty guy and spend his money on toys. Good thing he's single so not so much of the financial. Buying toy is like buying stocks & shares and Jason has got good foresight in getting the right toy @ the right time and price.

Wow that is one helluva a collection Jason got there!! Man...those classic zoids and chogokins!!!

I like how he displays everything so nicely....i really need to get some cupboards like his soon!

@.@ this is stunning! his house is just like a toy store. haha

Oh wow! His collection could easily rival some of our local toy stores. Hehe! I wish I had the same display cases/cabinets that he has. I keep my toys in storage boxes. :( But then again, our house ain't big enough to accomodate more displays.

so huge collections and so many cupboards also...wow!

>> chubbybots
Indeed, his display looks great after he shifted to his new house @ Woodlands. If I have the chance to move house, I will want to redone my display shelf too. Lol...

>> sl619
You won't be able to see some of those very rare toys Jason has even at toy store.

>> iq40
Have you watched 'Toy Story'. The toys will be happy when you do keep them in storage boxes. Ha! Ha! Just joking! I truly understand about space constraint and somehow even more difficult even staying with parents and siblings.

>> mangyver5223
Toy really look better when they all lump out together and posed nicely on display. That's the awesome part.

i would really cherish the opportunity to visit his hse in the future! ahhaha

I have to say that is one massive collection. Does he even have money to eat?

My son was impressed with his Zoids collection.

>> sl619
I always nice to visit a fellow collector's house. A thing I missed going Anime Festival Asia AFA cos of going to Jason's house.

>> Bluedrakon
Ha! Ha! Jason seldom pampered himself on food. Oop! I hope he didn't see this comment. So your junior likes Zoids too!

Next time if i go to Singapore, Please introduce me to him and please bring me to his house. No words can describe this.....

Sure! Good thing about toy collectors is that we break the ice easily with so much common interests.

Thanks for sharing superb information’s. Your website is very cool. I’m impressed by the details that you’ve on this site. It reveals how nicely you understand this subject. I just ordered these consoles at PIJ! I’m excited! I’m going to have these in week! http://bit.ly/wNFdeA