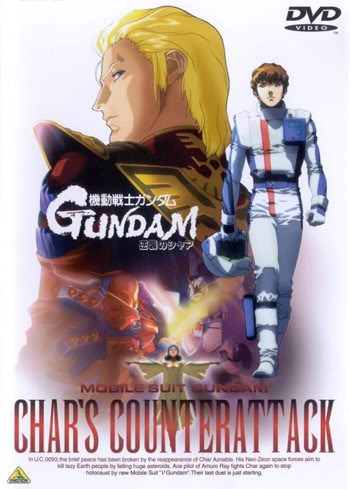 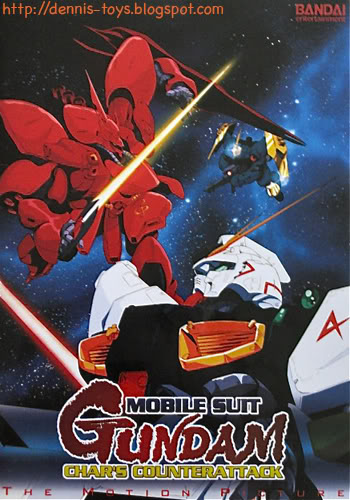 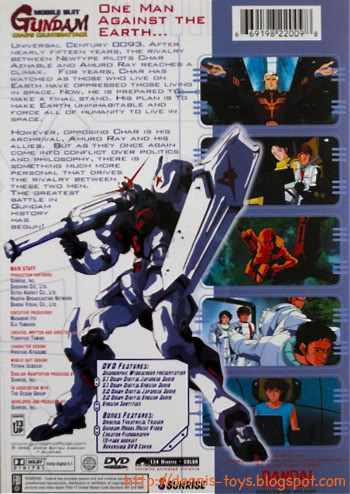 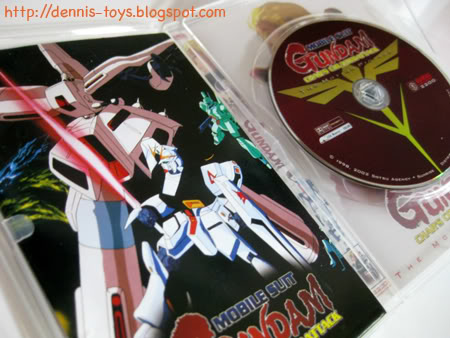 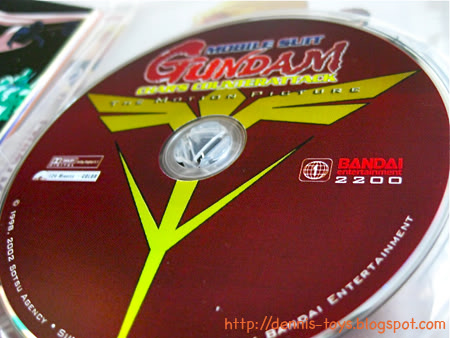 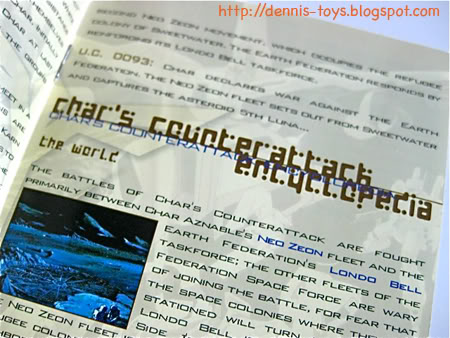 Being a Gundam fan, having its DVD are inevitable and one of the movie that left Gundam fans with deep impression with awesome MS design and a strong storyboard that till today, Unicorn Gundam anime continue from there and takes the basic mecha design concept like Jegan, ReGz and Sazabi. In Char's Counter attack, we get to see the matured Amuro Ray and his complex relationship with Char Aznable. This is really the final showdown of the two heroes.

This is a single disc region one DVD in Japanese/English dialogue with English subtitles. The DVD comes with a mini booklet of Char’s Counterattack Encyclopedia. Bonus features on the DVD included:
Plot:
Universal Century 0093. After nearly fifteen years, the rivalry between newtype pilots Char Aznable and Amuro Ray reaches a climax. For years, Char has watched as those who live on earth have oppressed those living in space. Now, he is prepared to make final stand. His plan is to make earth uninhabitable and force all of humanity to live in space.

However, opposing Char is his archrival, Amuro Ray and his allies. But as they once again come into conflict over politics and philosophy, there is something much more personal that drives the rivalry between these two men.
at October 23, 2010

one of the all time great animes/gundam movies around!

man, for an avid fan/collector/consumer of Gundam things, i guess this must b a most in ur collection... i love all that mecha fightings & the mecha designs, i recognized some of them, but i had never see them in the anime series till now =)... nothing better than the original DVDs...

>> chrismandesign
The movie had provide a good platform for further expansion of the UC. MS like Jegan was used even in F91 and Unicorn.

ps: The Grumpy Doll was initially to add some fun on the team notice broad at my former workplace. It's awesome memoir to me now.

Good stuff. Now I know where to ask for anime when I got free time to watch. LOL

Haha man, this brings back memories. Still the best gundam movie to date in both plot and action! I remember screening this in my camp last time, had quite a big crowd watching haha!

So you managed to watch this epic Gundam movie on big screen. Envious of you bro.

Very nice. I have this exact DVD actually. The movie itself is a classic, especially the final battle between Nu Gundam and Sazabi - the conclusion to Amuro and Char's rivalry. Although it was produced a long time ago, the story and the quality of the animation is still very awesome.

I love the Gunpla production music video as well. ^^ The documentary showing how HGUC Gundam RX-78-2 was produced is very interesting in showing how a simple kit like that involves so many steps and processes, both human and machine to complete. It's very inspirational, but at the same time, the compilation of the steps with the music makes it very enjoyable to watch as well. ^^

I have this DVD too!!!! I love this movie. A wonderful movie for hardcore UC fans. I rewatched just to get myself ready for Gundam UC series. haha

I love the design of the Jegan, Nu Gundam, Sazabi, and ReZel. This is the best Gundam movie to date.

I also recently did a review of the Formania Sazabi, check it out: http://gundamguy.blogspot.com/2010/10/formania-msn-04-sazabi-photo-gallery.html

>> Ngee Khiong
All I wanted to say, you have already all said. It's no wonder you are the Master! Hee! Hee! Towards the end, Amuro & Char seems to have pronounced MIA, so it makes me the feeling that they are not really dead. Not too sure if we see these characters in future Gundam production.

The setting has a lot of realism like most U.C setting and the soundtrack symphonies goes well with the movie climate.

>> G.G.
Indeed a most have for a diehard fans like us. All those MS in the movie casting deep impression. I will check out your review bro!

hey, i was searching for this dvd! do you know exactly where i can get this locally? i live in singapore btw.

I have not seen this selling locally cos I bought mine in eBay.