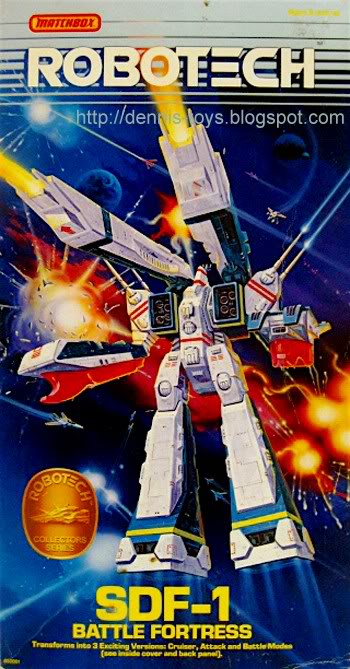 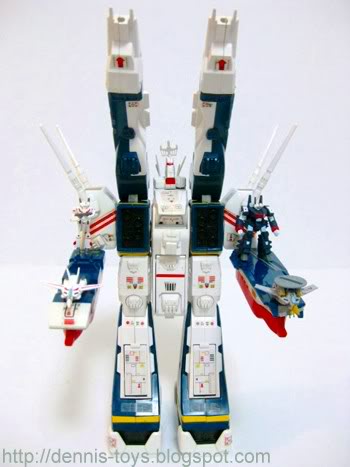 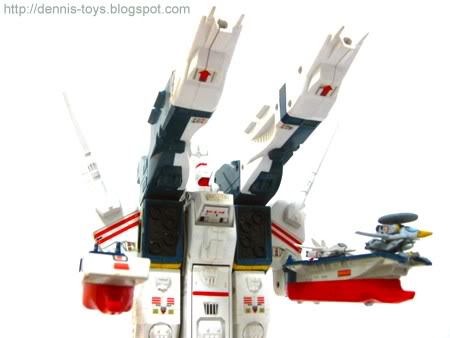 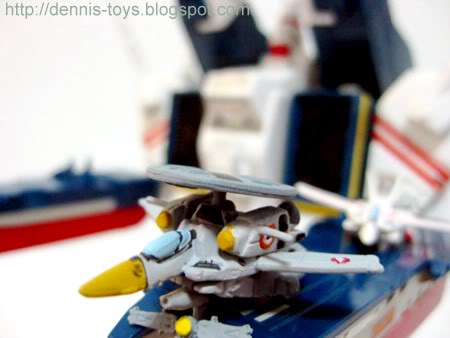 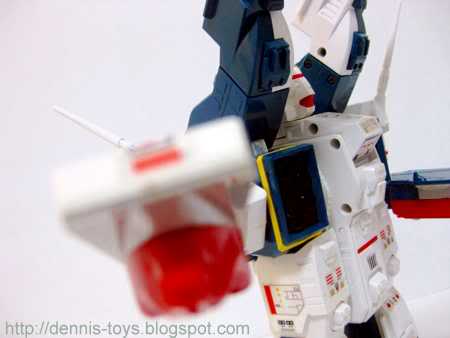 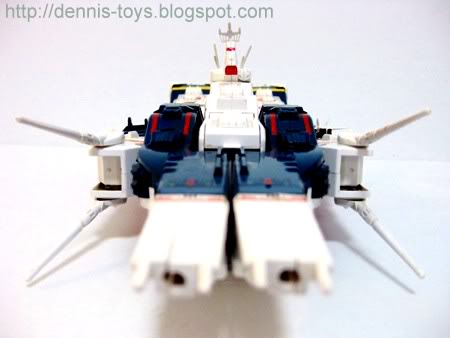 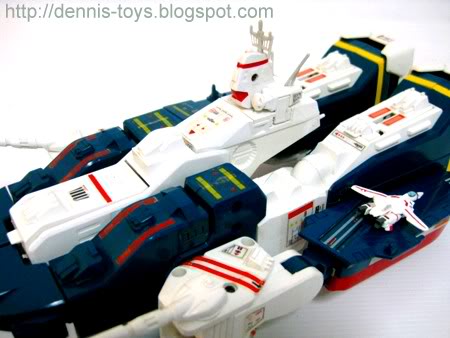 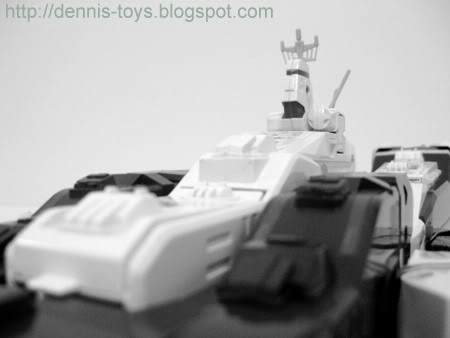 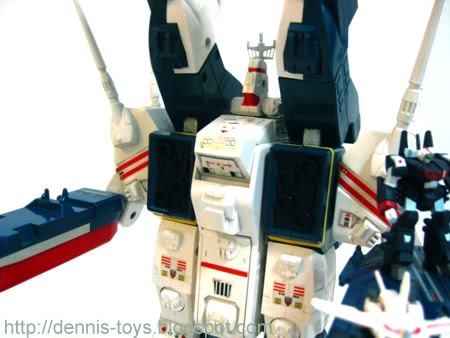 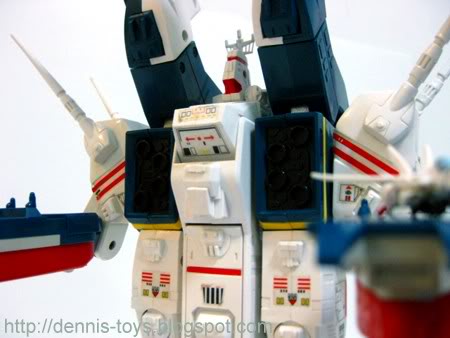 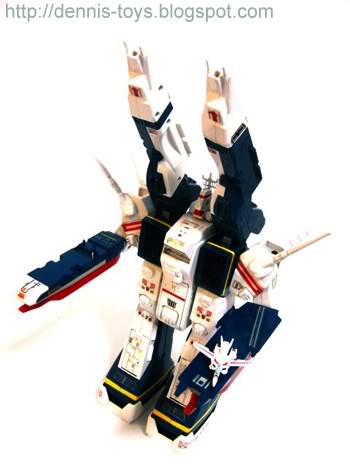 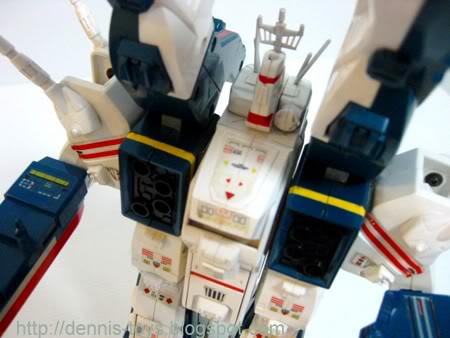 SPF1 is the space fortress that had fallen onto Macross island (earth) whereby human restructure it in preparation for future space invaders. In it's narrow escape into outer space using space fold, SDF1 brought along the citizens of Macross island as well as two other air-craft carriers (Prometheus and Daedalusto) which later form up it's arms.

I'm fascinated with 'Super Dimensional Fortress Macross' ever since my first exposure to the anime. It was broadcast on Mandarin channel and it's very moment captivated me so much so that it's now part of my life. I love Macross and it's related toys, but I am not a Macross guru yet. I believe more in playing and feeling the toy rather than spouting flowery words about the toy. I am also not hardcore fussy about the condition of my toys and the box.

About the toy:
This is the SDF-1 Battle Fortress from the Robotech and Super Dimensional Fortress Macross anime series. It is a Bandai die-cast and plastic reproduction of the original Takatoku / Matsushiro Macross 1/3000 "Storm Attacker Construction" toy.

After Takatoku went out of business in early 1984 Bandai acquired both their molds and the design team that had produced the masterpiece transforming toys for Macross and Orguss, among others. The toy was distributed by Matchbox in the US as merchandizing for Harmony Gold's Robotech TV series.

The Battle Fortress is huge at 15" tall and is the only large-scale transforming replica ever released for the original SDF-1. The SDF-1 has a surprising level of detail for something that needed to be complex enough to include its transforming capabilities and sturdy enough for a young child (or a somewhat older one) to play with and pose. The toy features excellent pose-ability and transforms just like the hero ship in the anime.
at January 03, 2010

Bro, great score for this item as this is the first toy you purchased in 2010..Haha!!

Yes bro! In fact, this is the second piece I have. This time round I got it right cos the toy is in pristine condition which come totally white. Grand entry toy for 2010!

Really a grand entry for 2010. THe miniature valkyries are a nice touch. It make SDF-1 look more alive. Must be ex....

Thx Leon! I wanted to get the miniature Monster MK2 however it hard to get one nowadays. The SDF-1 is around four hundred Singapore dollars.

Got tp say the SDF-1 looks eally detailed for a 80's toys, looks about perfect to me.

It lacks the articulation but the toy is tough due to it's simple mechanism. Yes, pretty detail for a toy from 80s and rather ani-correct. A major issue is yellowing to the toy I guess.

Yes! It's a big cut for me too! Less money for better food now! Sigh

I was looking for some Generic Viagra when I blissfully encountered this awesome site. The matter of fact over here is that i have always loved every single thing related to Macross, Robotech, Space fortress and so, your column catched my eye as soon as I rest my eyes on it.

Dennis your collection is awesome! I have been searching all over my house for my original sdf-1 battle fortress to give my 7 y/o son but I can't find it anywhere. afraid my dad may have thrown away my toy when I went to college. where can I buy a new one? does anyone know?

Dennis your collection is awesome! I have been searching all over my house for my original sdf-1 battle fortress to give my 7 y/o son but I can't find it anywhere. afraid my dad may have thrown away my toy when I went to college. where can I buy a new one? does anyone know?