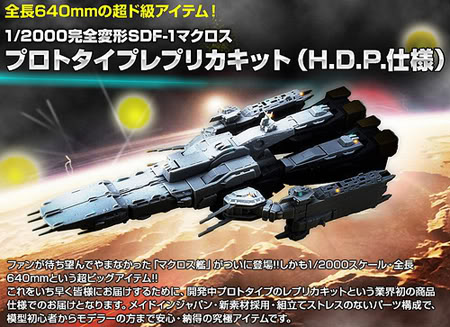 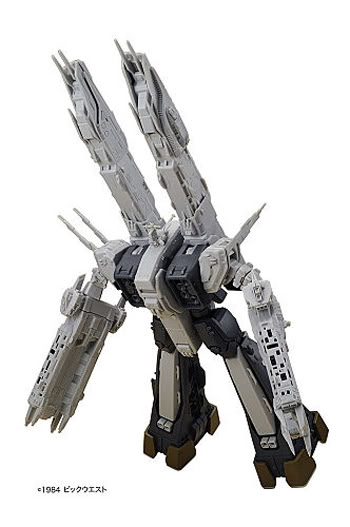 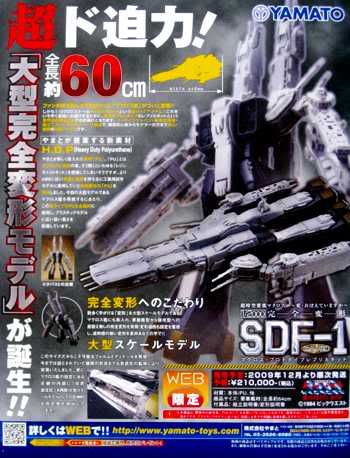 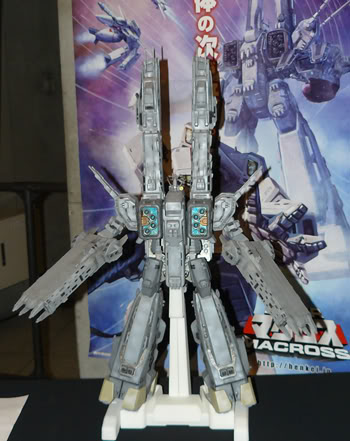 Some bad news for Macross fans, recently read through an article from unconfirmed source, which mentioned that the 1/2000 scale SDF-1 will neither be a toy, nor a model kit.

The reason for being so was that Yamato originally had the prototype made and thought that it would be possible to produce it in ABS at a lower cost. Unfortunately, with the tooling limitations of the toy factories they use, it is not possible to mass-produce it. So rather than scrap the whole project and write it off as a loss, they decided to still offer it to those hard-core fans who just had to have a large scale SDF-1.

Since the cost to mass-produce is too high so these prototypes would most probably be sold unpainted and partially assembled hence Macross 1/2000 scale SDF-1 prototype (Heavy Duty Polyurethane Ver.) would probably cost around two thousand five hundred dollars.

Perhaps Yamato would mass produce SPF-1 in smaller scale since they have the blue print to constructing SDF-1 toy. Just like 1/48 scale valkyries to 1/60 scale version 2 valkyries. Hee! Hee!

However, I just saw the advertisement of Yamato 1/2000 scale SDF-1 on Macross Chronicle issue 37 a few days ago and I remember pre-ordering the item with Falcon’s Hangar a couple of months back for 700plus Singapore dollars. Sad to say that till today, there isn’t news from FH. Sigh....
at January 06, 2010

I will for something of this size provide the toy came well built and painted. If it's 2000 plus, then it's out of the question.

Think ive seen a review of this already, apprantly only a handful a produeced a month and its super costly.

Oh yes! It's super costly and perhaps only the really hardcore ones will go for it.

Dennis, I really take my hat off to you as I didn't buy any toys that is more than S$400 so far. Salute to you, bro!!

>> deSMond
Bro, 12" are quite costly too! I respect your passion and commitment to toy collection.

I was trying to get some Viagra Online when I encountered this awesome site. The matter of fact over here is that i have always loved every single thing related to Macross, Space Fortress and so, your column catched my eye as soon as I rest my eyes on it.

In short, I loved it!