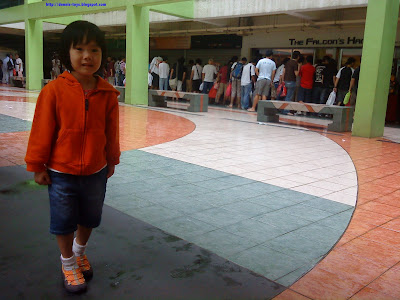 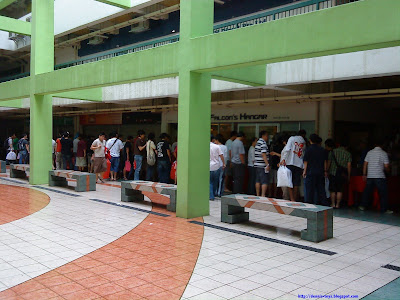 Look @ the crowd
It was a rainy day on 08/12/2008 but it didn't stop me from going to Falcon's Hangar Christmas sale 2008. My princess was keen to tack along and I brought her with me so as to have more time to bond with her. Even before we reached FH store, I already saw a lot of people carrying boxes of toys in their hands and heading home. Upon my arrival, the place was packed and people were crowding around the tables. There were also a lot of women waiting impatiently for their partners to finish shopping. At least these women have a taste of how men felt when men waited for them while they were shopping. Hee! Hee!

As for me, I find FH's sale quite a disappointment. They don't have much stuff on Macross and Gundam. It's more like clearing their exceed stock which were less popular. I didn't buy anything and had managed to keep my money in the pocket. That's a good thing too. Ha! Ha! Ultimately, I enjoyed this father and daughter outing.
at December 10, 2008

I also did not managed to find anything to buy. It was so crowded I found it hard even to see what was on sale.

At least it was not a wasted trip. You got to bond with your daughter which is more important!

I didn't go to TFH on 8th Dec as I already had cash flow problem started from the 1st week of this month..Haha!! Also, need to take some rest at home as I always not enough sleep during my weekdays time :)

Well, it seems that all of us get to save some money.