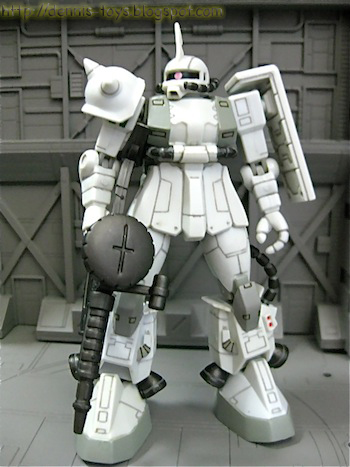 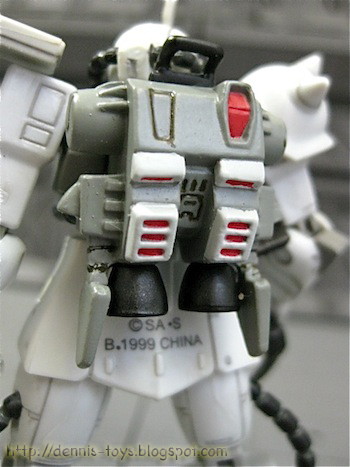 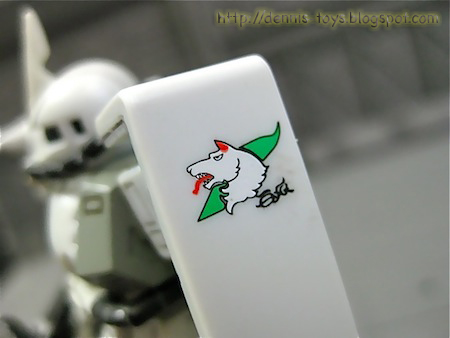 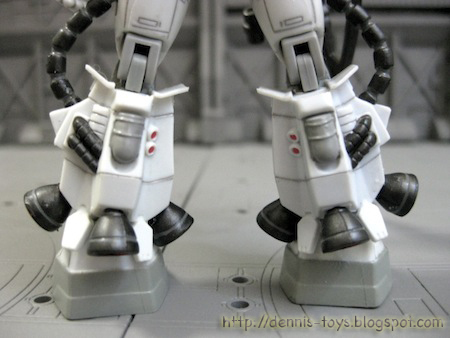 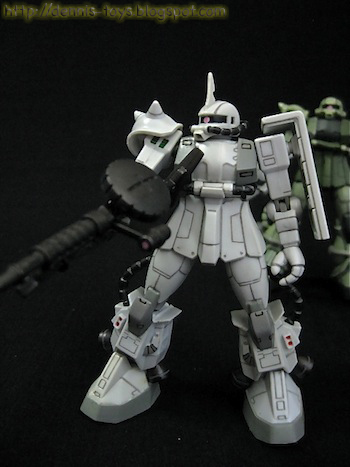 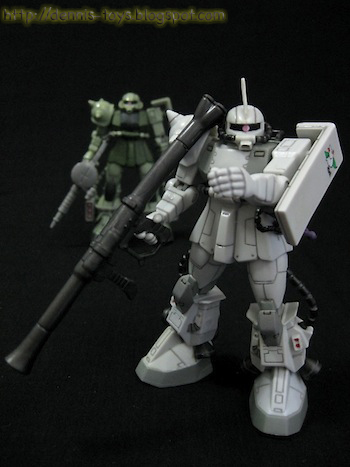 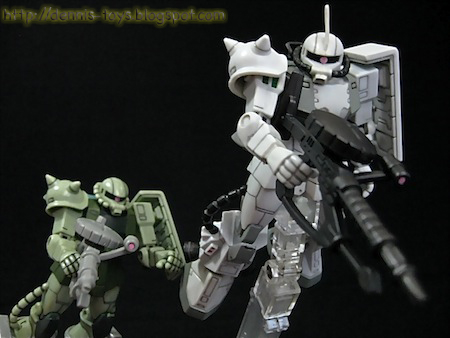 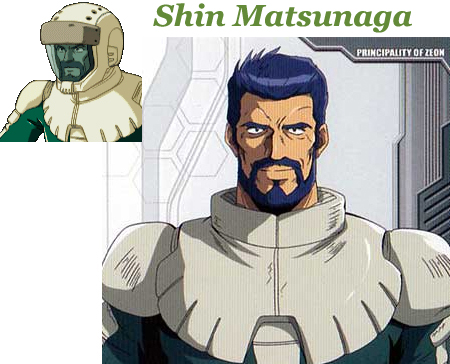 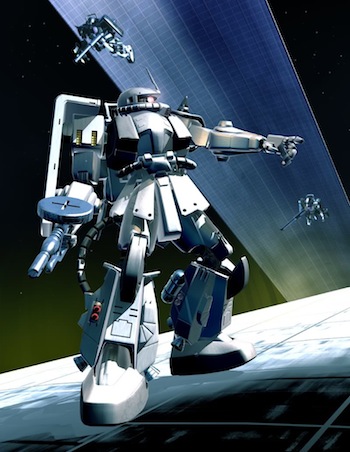 I like white in general so white as a scheme for Zaku looks fabulous. This white space custom Zaku II was only introduced in MSV to be Zeon's ace pilot, Shin Matsunaga's personal Zaku II. Shin is ferocious in his close combat using his heat axe and had been nicknamed The White Wolf (Hakurō 白狼). His emblem can be seen on this Zaku II shoulder shield. This MSIA that I'm showing you is the very first version in MSIA toyline that's released back in year 1999. The year of production is clearly imprinted on the rear of the skirting. The main accessories are the rifle, bazooka and heat axe. The verniers on the jetpack had been enhanced and there are six additional thrusters on both legs to give this Zaku II more mobility in space.
at June 07, 2011

white is cute,, actually I agree with you this color made zaku more wooaahh

White stands out among the rest and instead of stealth, Shin Matsumaga has make himself prominent to his comrades and enemy. Go White Wolf of Solomon!

The Zaku II is already very classic, with the suit in custom white, it makes it stands out even more. Very cool colour scheme. XD

Ah Dennis, ever consider getting the MG version? I think you will like it even more :P

this is the only Zaku with a "total white" color scheme, but there is other Zaku with a lot of white in its armour: the Blaze Zaku Phantom... white suits him very well, but i still prefer other colors =)

this zaku is excellent in white! but my fav is still the purple and black spotted by the Black-Tri-Stars though. ^^
Gotta wonder, how does he keep his gundam clean during operation? Hmm... i feel for them maintenance ppl.. XD

>> Gundam Gunso
Zeon Aces pilot have some of those really cool custom colour scheme on MS which make them profitable toy variants too!

>> chubbybots
This question strike hard bro! I'm contemplating seriously, trying to buy more MG like Delta Plus, Rezel, & RGZ. MG Shin Matsunaga Zaku II would have to queue behind them.

>> deSMOnd
No problem bro! Always nice to have you around.

>> sl619
The black & purple of Black-Tri-Star are super classic too! They irresistible for Zaku fans. Hee! Hee!

I do like the white coloration as it makes this an even more unique version of this Zaku.

Unique is the word to describe this White Zaku! From far, the Feddies might have thought than it's their ally Gundam, giving Shin the opportunity to slip through the defences.

Sugoi na...Dennis senpai...
I love white color but when you
posted this White Zaku...
It makes me love White color even more...

White symbolized purity and innocent. In contrast, this white Zaku is a death god! Hee! Hee!