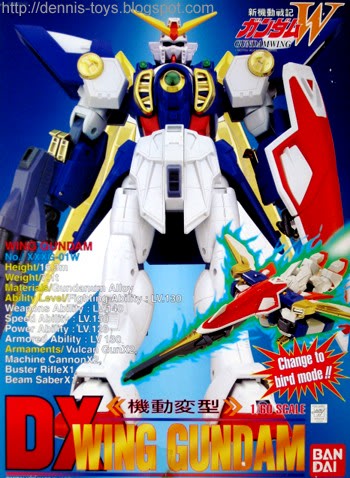 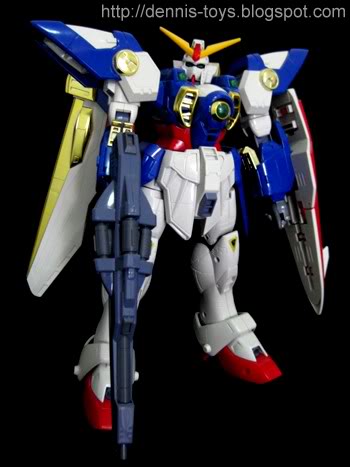 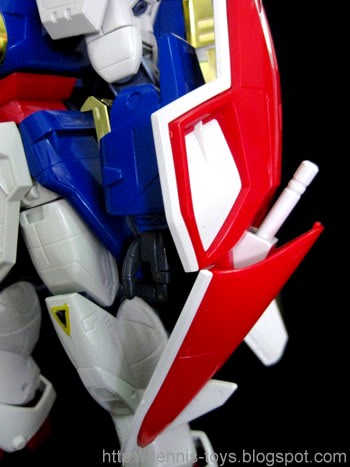 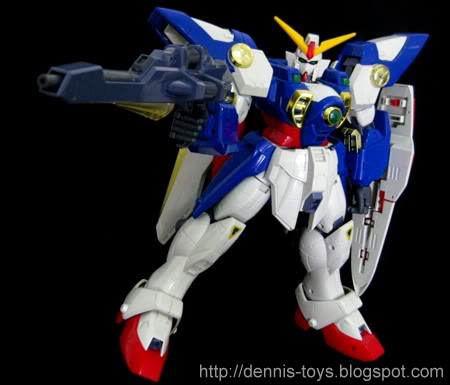 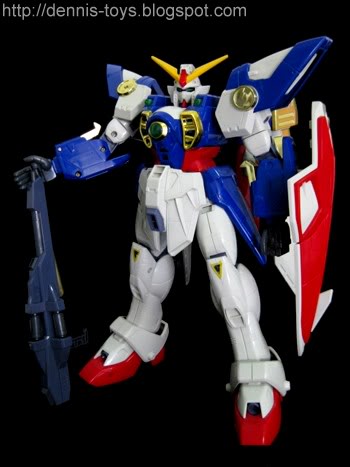 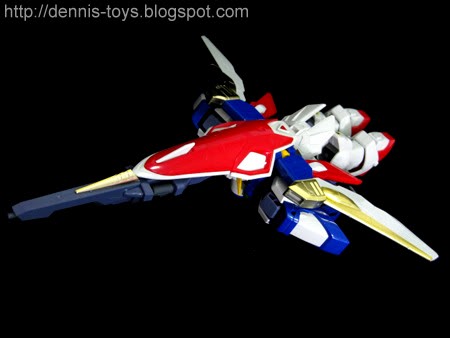 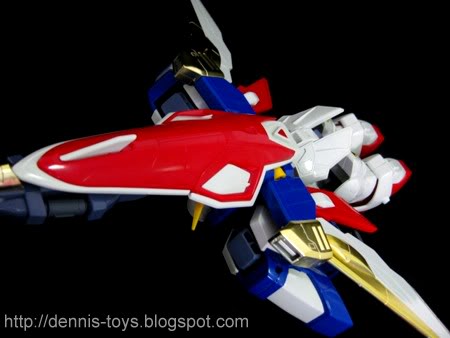 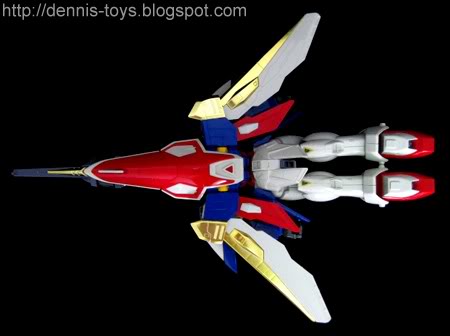 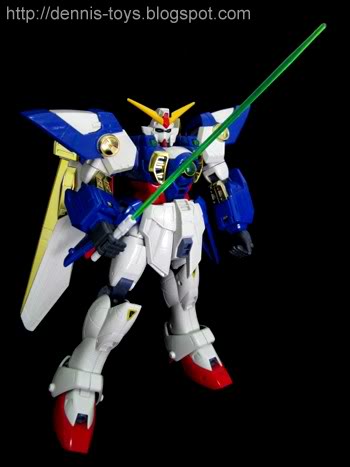 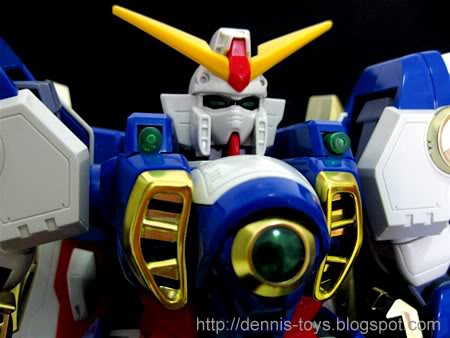 After looking at the preview of MG Wing Gundam on Leon's blog, I decided to retake pics of my DX Wing Gundam. This piece is the vintage item that is made in Japan.in the 80'. It stands approximately 14" with tight joints that able sturdy poses. Despite the mega size, the toy is still able to transform to the plane mode.

This one that I'm having is still in excellent condition without yellowing or chrome wear. Toys made in Japan those days made really gone through stringent quality control and the products were manned to last.

Information from www.gundamofficial.com
This advanced mobile suit was created by a resistance group at the L1 colony cluster for the sole purpose of battling Oz. The Wing Gundam can transform into a winged "bird mode" superior to any conventional fighter plane; in this form, it can survive re-entry and fly in Earth's atmosphere. Its primary weapon is the buster rifle, an immensely powerful beam weapon which can be fired only three times before its energy supply must be recharged. For close-range combat, the Wing Gundam relies on its shoulder-mounted machine cannons and the beam sabers stored in its shield.

This one is huge in size and you still keep it in good condition. This tells you cherish every single toy you have..Respect you!!

I actually put it on display for quite a while and the credit should go to Bandai for making a toy that can be preserved in good condition.

this Wing Gundam seems old fashioned compared with the Wing Zero (i guess they belong to different series...) anyway has a good looking =)... to b a 20 (or more) years old toy it’s almost intact, so it must b sturdy but obviusly u take a lot of care of ur toys... the transformation feature adds an extra-charm but 14"... definitely too big for my taste...

Wing Zero is the design on OVA that was released after Wing Gundam but the concept of Wing Zero started from here. Hee! Hee! I like big toys just that the keeping of big boxes that bother you. Lol.

WOw! That's a very good condition toy! Hm...the shoulder pad look rather big. but I am surprise about the chrome gold part at the wings are still looking chrome!! Well done bro! BTW thanks for the link :)

I was pay much attention to this until I saw your posting. I too was surprised to see the state of the toy after I have left on display at the top shelf for so many years. Since it's a toy I guess the shoulder isn't so proportional. Hee! Hee!

I am hoping bandai re release this in a HG Version 1/144 scale like the G gundam and Gundam X. You seem to be quite a fan of collecting big toys haha!!

I can't wait to get the MG version of the Wing Gundam. Hopefully they will have the MG Wing Zero soon too.

>> chubbybots
Seems like 1/144 still has a lot of demand. Is it because it easier for posing in diorama? Or for it's quick built? I like big toys but they can be clumsy and stiff? My next aim is Jumbo Zeta. Ha! Ha!

>> G.G
I come after another. It's probably quite predictable that Wing 0 would be the next line of release after Wing Gundam. At least this is how I analyse. Hee! Hee!