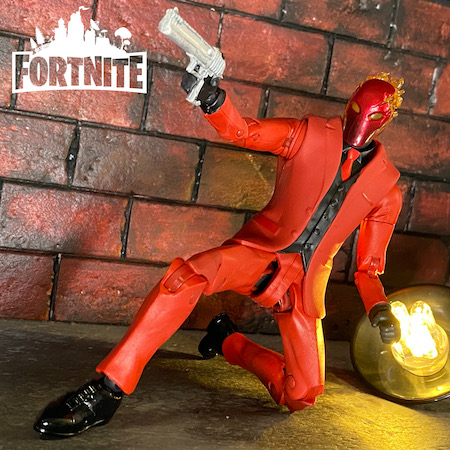 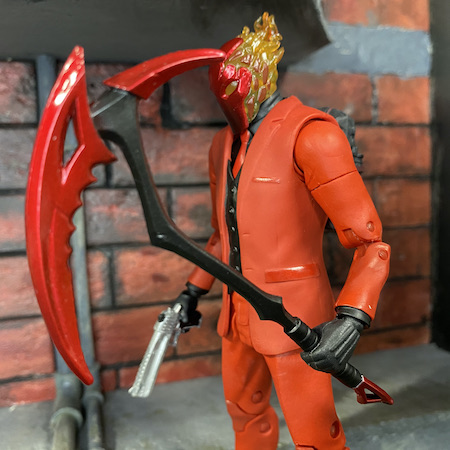 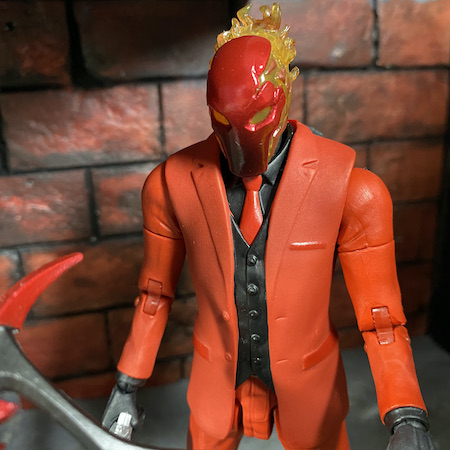 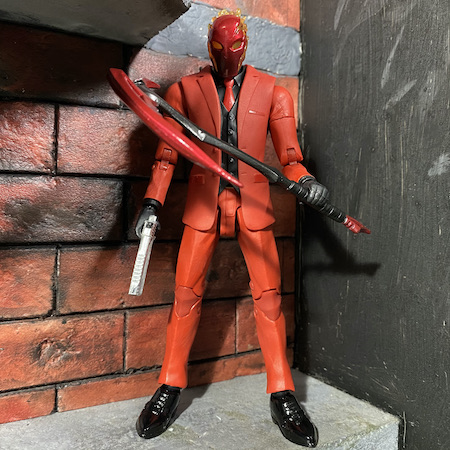 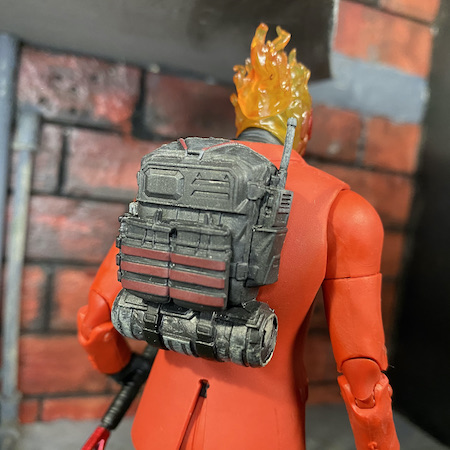 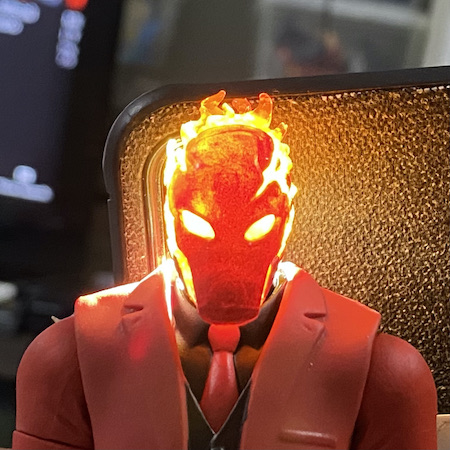 Can you tell what McFarlane Toys is cooking and it's flaming hot! Character based on popular game Fortnite. What's Fortnite then... It's action building game from epic games that lets you drop into a massive 100-player PVP battle Royale or team up with friends in a co-op campaign to save the world against a horde of monsters. The Inferno Skin is a Legendary Fortnite Outfit from the Inferno set.
Inferno was first added to the game in Fortnite Chapter 1 Season 8.
To be honest, I have never played this game but the characters or should I say the skin designs would attract toy collectors to get their action figures even if you are not a fan of the game. Inferno attire carries that mafia vibes as though you are playing 'John Wick'. Lolz... The gun and death-scythe is seriously badass. The figure looks fantastic when you shine light to the back of the head for that burning effect as shown in the last pic.
at April 09, 2021

Mc Farlane Toys did an amazing job with these figures and this brand hardly disappoints when it comes to action figures with good value for money... The sculpt is specially neat and the amount of articulation, yeah, I don’t play either Fortnite, but the character design is really appealing... Actually these collectibles can be found here in my homeland, at specialized toy stores and the price point is very reasonable, that’s a great combination for us!...

>> Chrismandesign
This figure is really popular and I can't don't see it available at store till a friend gave it to me. The design of Fortnite characters sure are appealing and attracted collectors who ain't a player of the game. Good figure and reasonable pricing. It's hard to find these days.