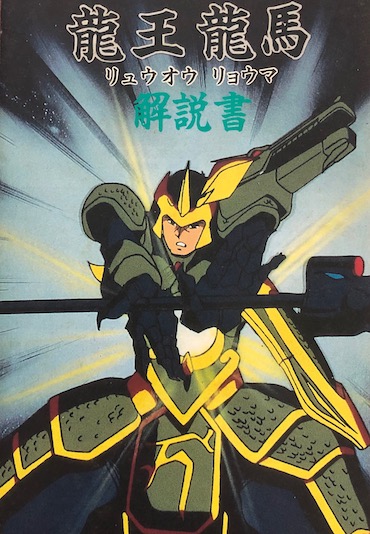 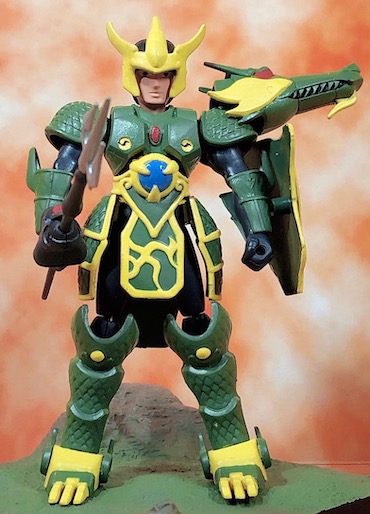 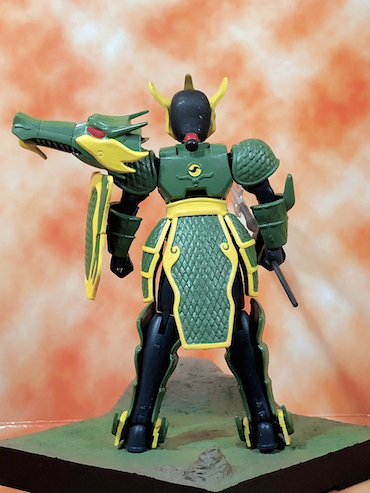 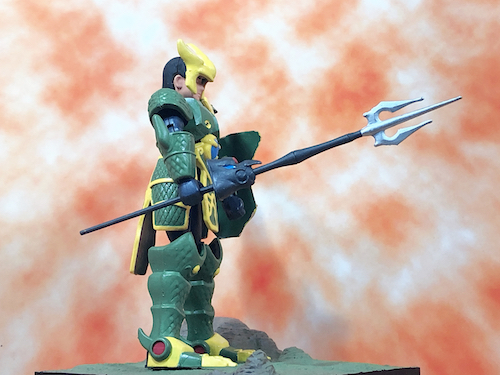 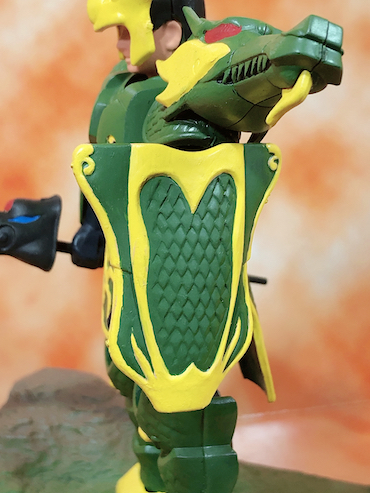 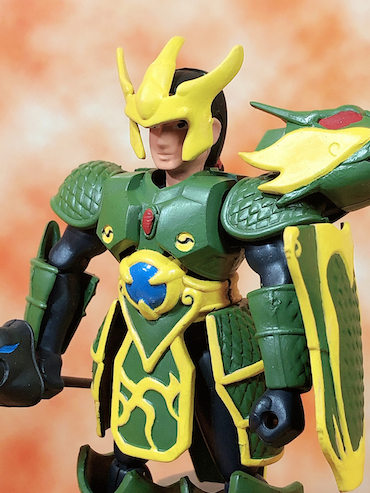 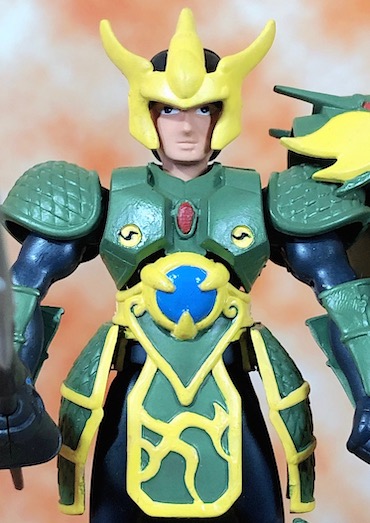 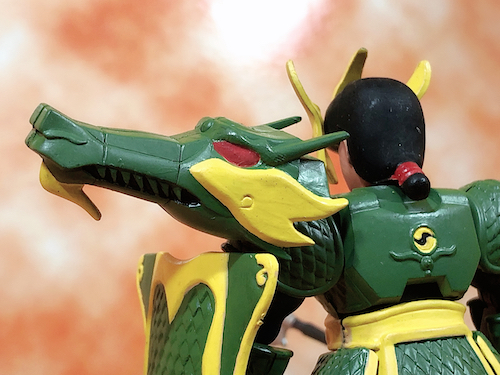 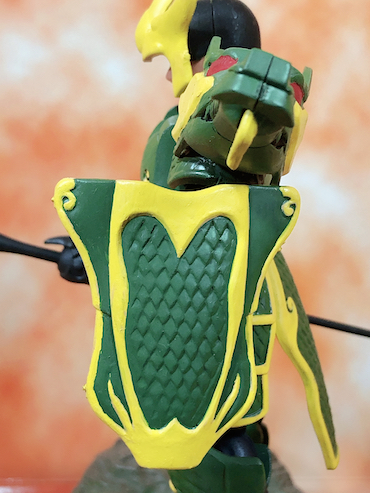 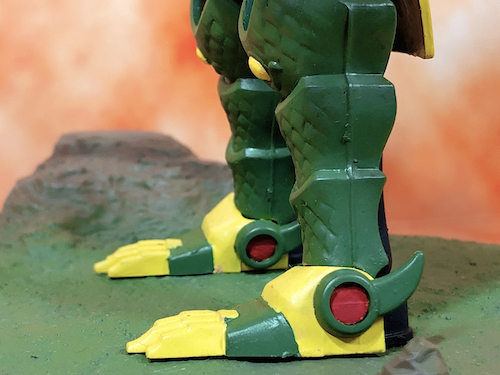 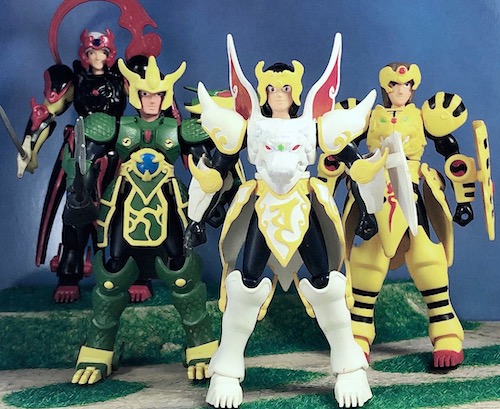 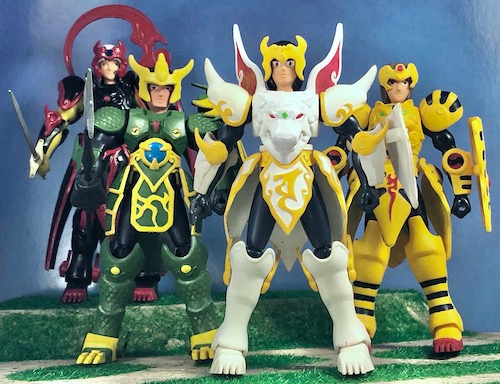 We have come to the last model kit of Bandai's Shurato and there is Ryōma King Dragon...

Ryōma is the strongest member of the Hachibushu, and is blindly devoted to his own sense of justice. If he feels betrayed, he will attack with no holds barred, even if the person he is fighting is his closest friend. His Shakti armor is inspired by the dragon and the legendary snake, the Nāga. Ryōma's and his weapons are a trident and a shield. His powers are based on his strength, and heat and flame. Credits to Shurato Wiki

Model Kit of Ryōma was released back is 1989 so the number of joints were expected to be limited. As a matter of fact, the joints are rather loose some Tamiya cement some limb joints helps for a more steady stance. An interesting gimmick of this model kit is that the shakti armour can be transferred to a Tamiya car like its been used as a surf board in the anime. This model kit by Bandai is very rare nowadays and information is also limited. I wonder why Bandai didn't add Reiga to the line as he is also one of the main aides fighting along side Shurato.
at February 04, 2020

The way model kits were made in the 80s is substantially different to what you see nowadays, technology has improved quite a bit, level of detail, articulation, fit of the pieces, accuracy, you don’t realize it until you see this kind of vintage products!... Honestly, I have no idea about the Shurato Series, but it must be something interesting since you took the time and effort to get all these old model kits... I don’t know either how the 80’s animes compare with those made during the 90’s, with which I’m more familiar...

Bro, I guess you like these characters and anime very much as you collected almost all figures.

>> Chrismandesign - This anime is too underrated IMHO. It’s too old to attract new fans and with so limited merchandises. I seriously treasured them. They do have that nostalgia aura ^_^

>> Desmond - Yeah bro! Totally love them and now I have completed the whole series of Bandai model kit related to this anime : )