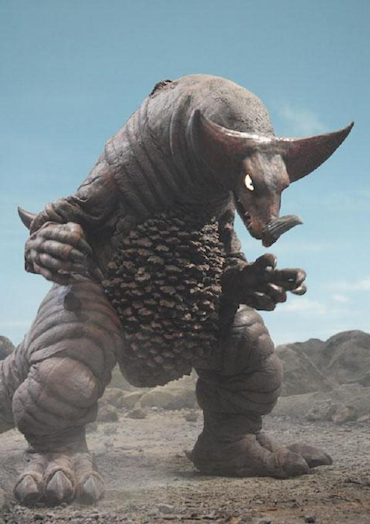 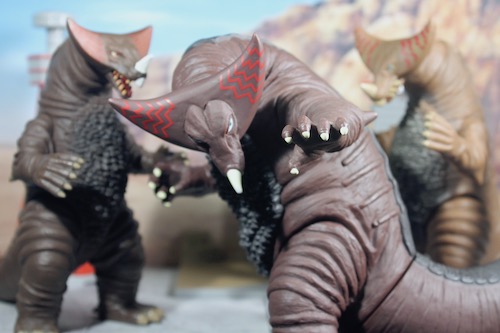 There are so many versions Gomora. I have 3 in my collection. This in the front is the Ichiban Kuji version. Somehow, I forgotten to take more pics of this version. Shall save it for another post some other day. Cheers! 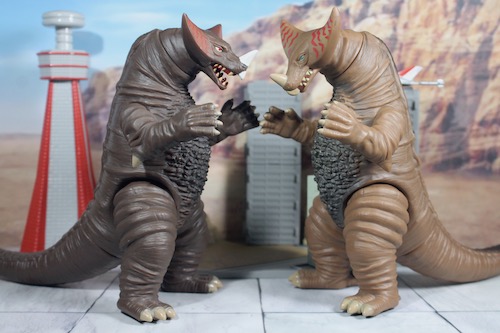 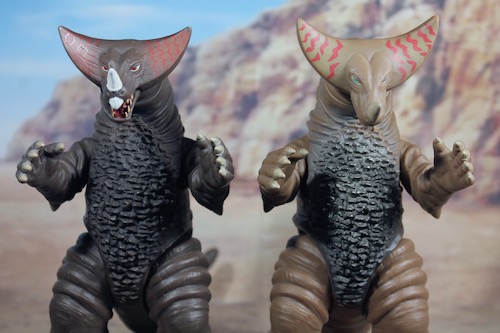 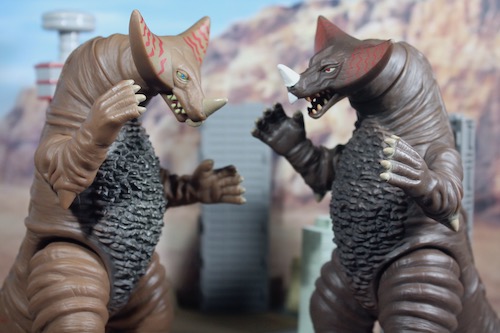 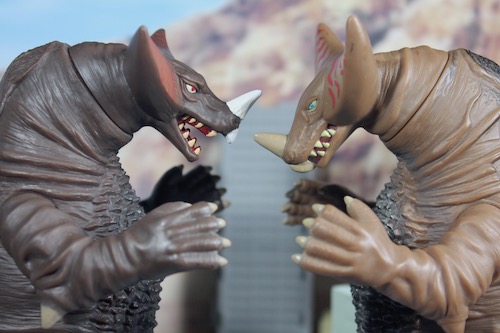 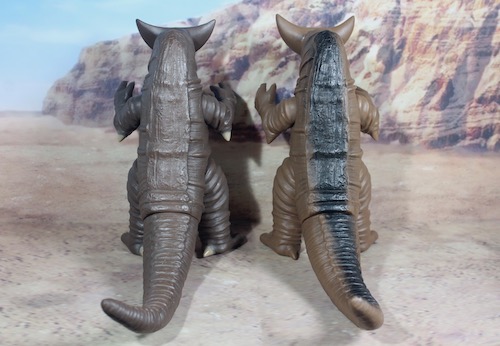 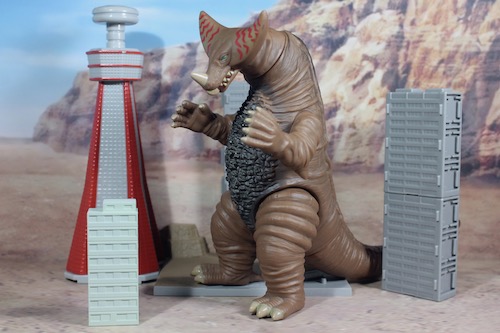 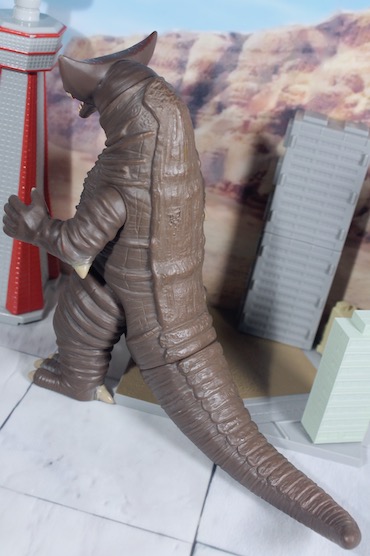 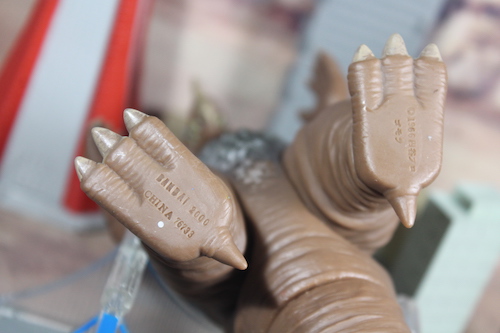 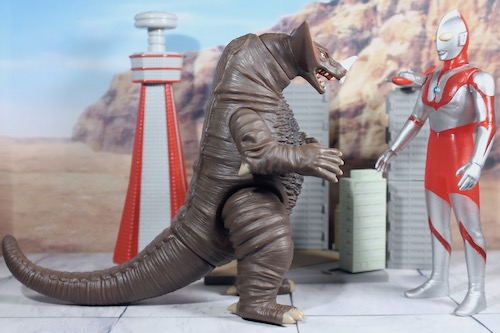 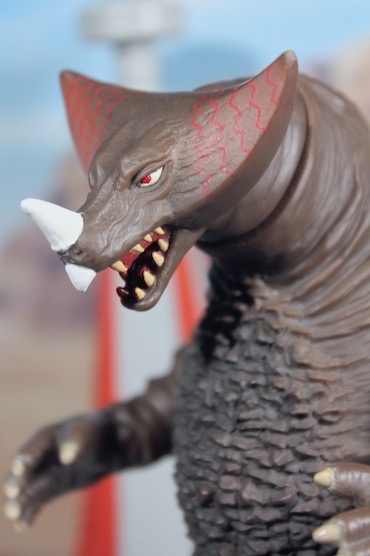 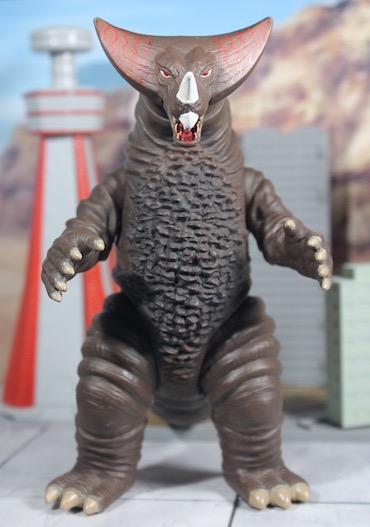 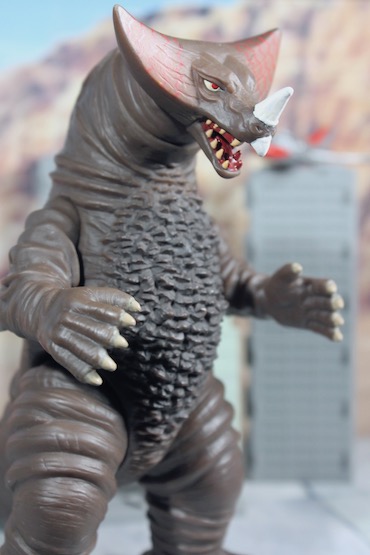 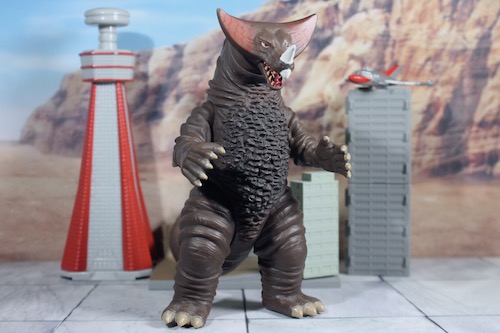 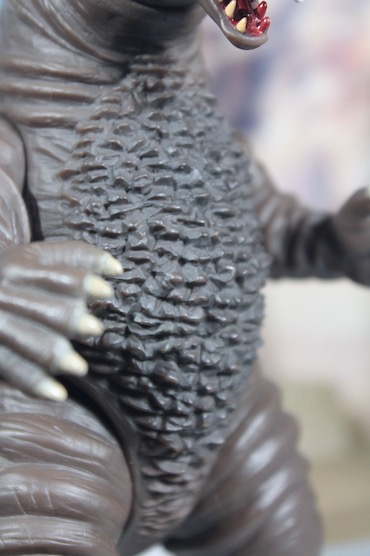 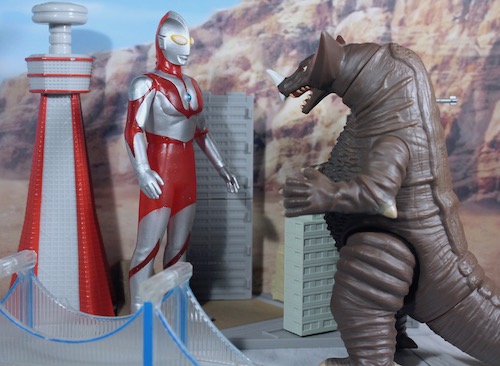 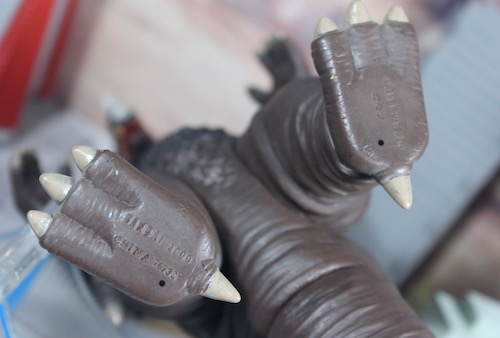 Gomora is originally featured as a Kaiju monster of Ultraman and kind of grows in popularity that somehow promoted to fighting along side Ultraman like a sidekick. I must admit that its dinosaur design is very likeable. Besides fighting like Godzilla with claws and Mega-Ton tail, Gomora can shoot blaster from its horn. I believed the lighter colour tone is the older version and the darker Gomora is Rei's primary Battle Nizer Monster.

Standing 6" and made by soft vinyl material, mine are the year 2000 released as indicated on the base of the feet.  More articulations than Ultraman Hero Series with swivels on the neck, arms and legs. These 2 figures are comparable to Hero Series Ultraman in terms of size and it is pretty fun recreating the fight scenes between Ultraman and Kaiju with the diorama accessories.

I always thought that there is something pretty ungainly or weird about the overall proportion of these Kaijus, but since they were created within the Tokusatsu genre, they were basically costumes in which someone has to fit, well, there are limitations regarding how you can design a Kaiju in that sense... It’s interesting to know that this monster was actually a sidekick of Ultraman at some point, but there was a sidekick even for Godzilla: Anguirus so, why not? HEHEHE...

>> Chrismandesign - Can’t help to me amused by the used of costume to be Kaiju and it’s part of an amazing filming evolution. Always sharing of ideas to make Kaiju as sidekick to rise popularity of Kaiju and spread the message that Kaiju can be a friend too : )

For Kaiju, I like the darker version. If Ultraman can hold "ready to fight" pose, both figures look great with building blocks in diorama set.

thanks for these photos, your kaiju figurines are so cool an speak nostalgic class. Looking at these kaiju reminds me of the kaiju in pacific rim - the new will never be better than the classics.

Welcome to my blog my friend! Yeah bro! The classic will never go away. Pacific Rim takes lots of inspiration to the class. Awesome tributes and fan services : )

Hey Dennis! Yeah man the classics will never die, they will live on even after a milennia because true quality and vintage speaks loud and clear! thanks for the warmth haha

Thank you for your support on IG as well. Your works are splendid! Glad to know another Kaiju fan!