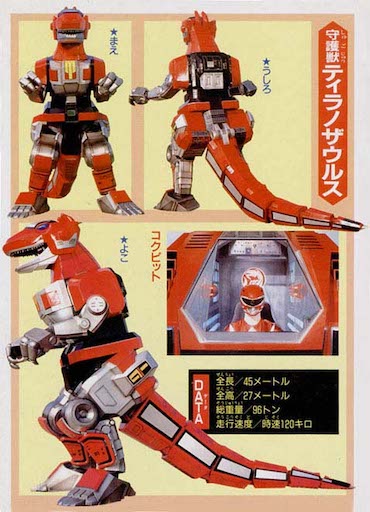 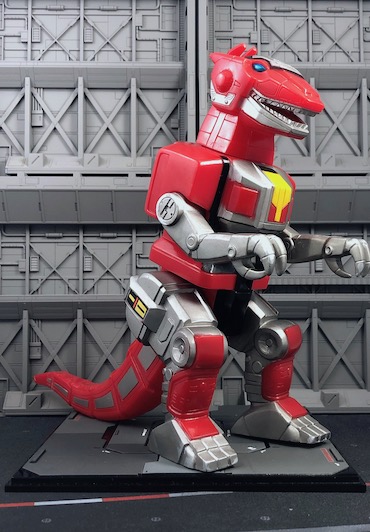 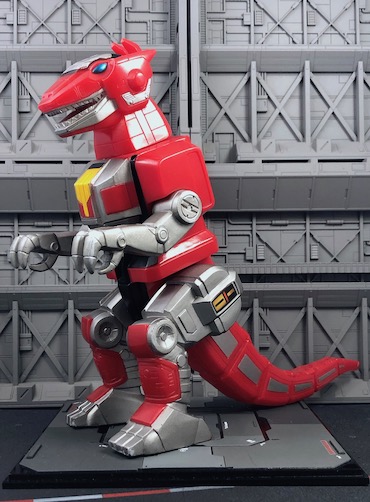 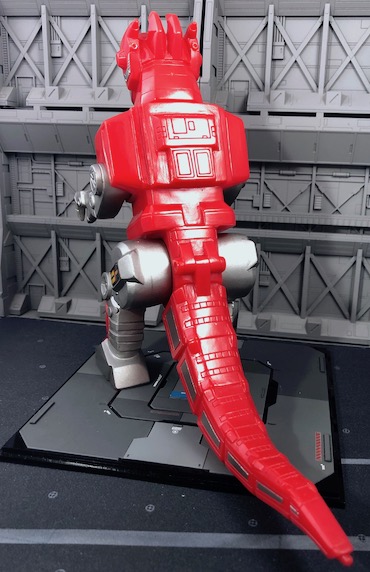 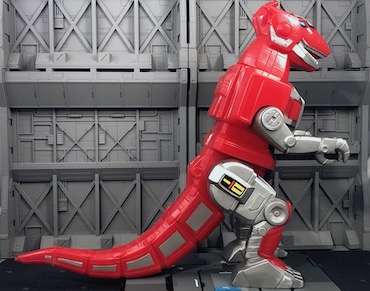 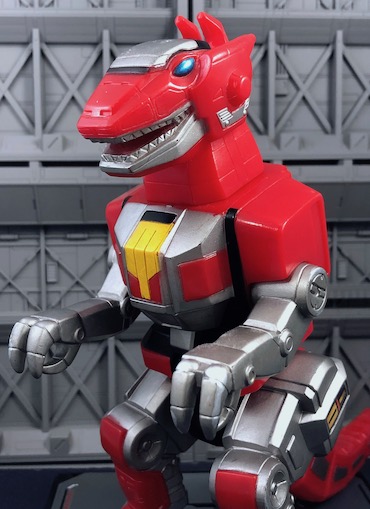 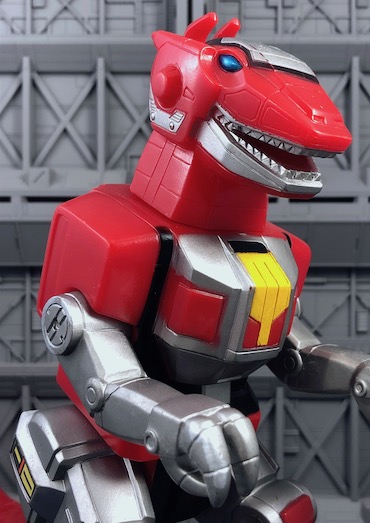 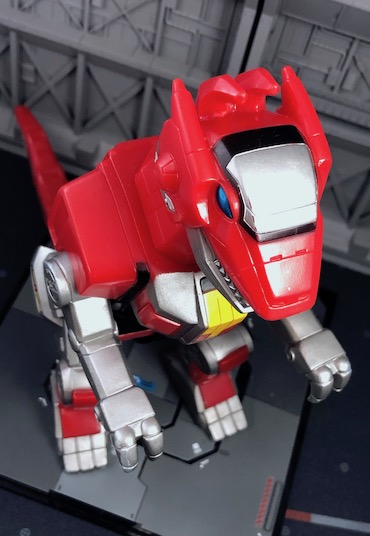 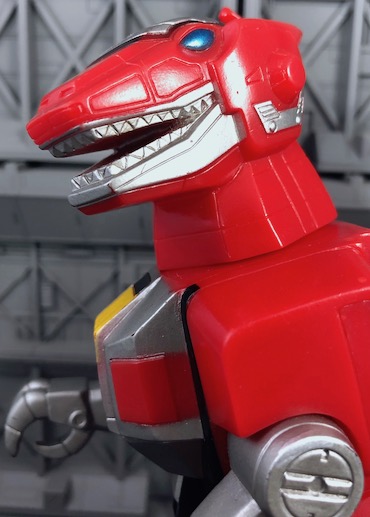 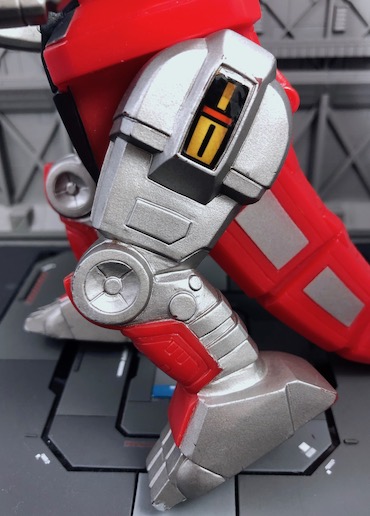 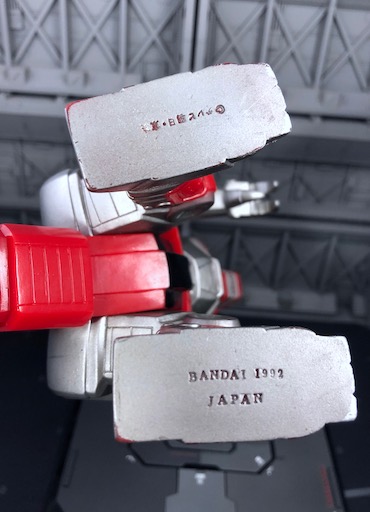 It's morphine time again and here we have tyrannosaurus zord vinyl figure from the first Power Rangers TV series. As the colour suggested, this is the zord summoned by the leader red ranger! Little known about this figure but I strongly believed this is a Japan released back in 1992 as engraved on the feet. Not only so, this vintage figure is made in Japan. The condition is still pretty decent considering its age.

Height of the figure is approximately 16cm which is similar to the size of a typical Ultraman monster figure. Well, they are from Bandai anyway. It has a 5-point-articulation on the neck, hands & legs. The figure may looks a bit goofy but don't mistook it as Barney the dinosaur. Then again, we need to give this 90s toy some credits for its neat paint job and material quality. Somehow, I didn't come across zord vinyl figure of belonging to other Power Rangers beside this.
at January 02, 2020

Bro, it seems like there are some articulated joints in the figure.

Ouch! You procastinated my wish to mention Barney in this comment LOL... But not my intention to wish you a blissful New Year pal, with the people you love and care!... This is a rather unusual Power Ranger Zord and despite it’s vintage, the level of detail and paint job is pretty decent, in fact, at the same level of much more recent releases by Bandai, which speaks very well about this toy!...

So how I saw Barney in this figure... Lolz my bad ^_^ Honestly, for a vintage figure, its pretty decent looking and certainly caught my eyes!