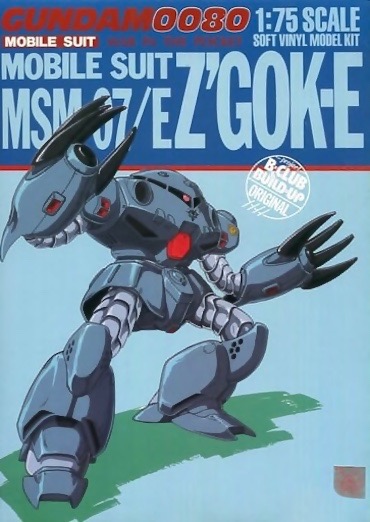 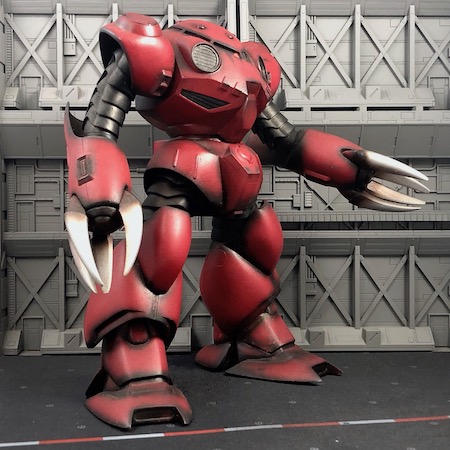 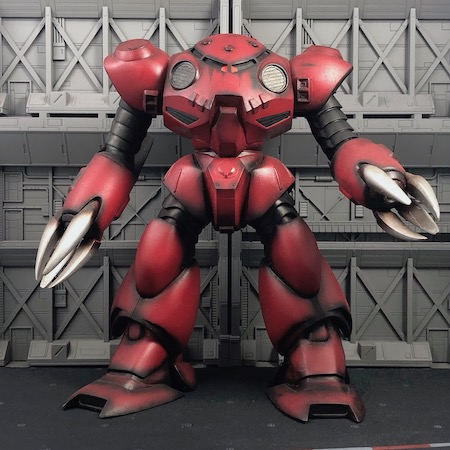 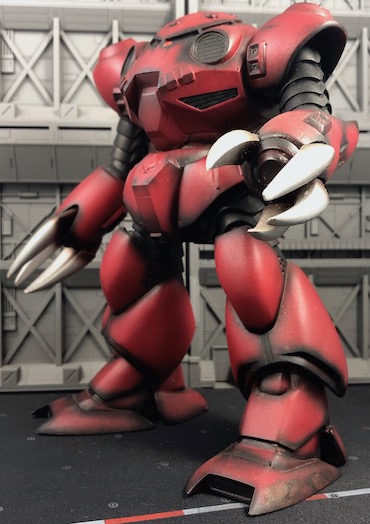 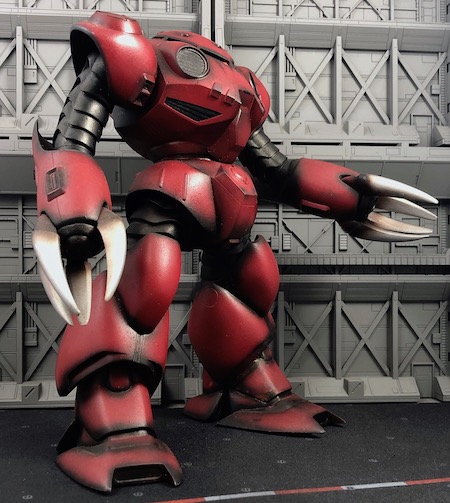 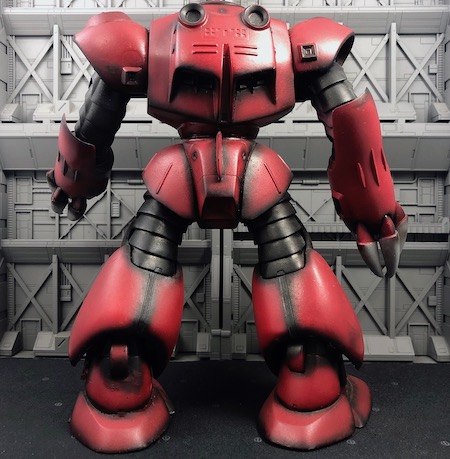 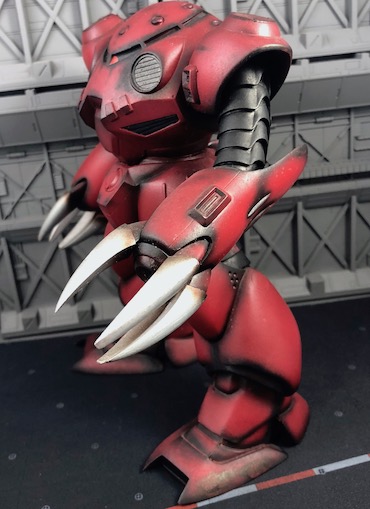 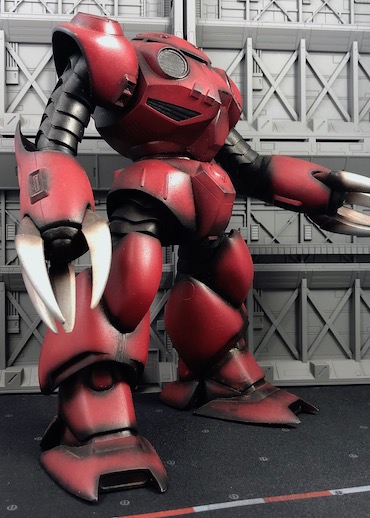 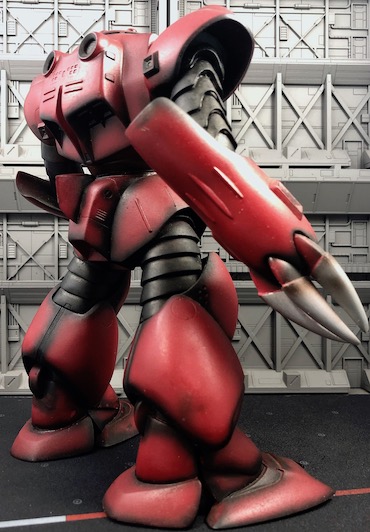 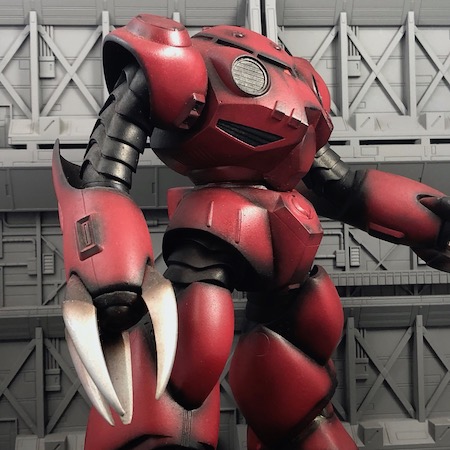 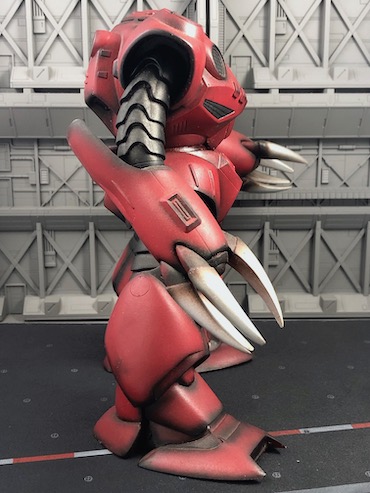 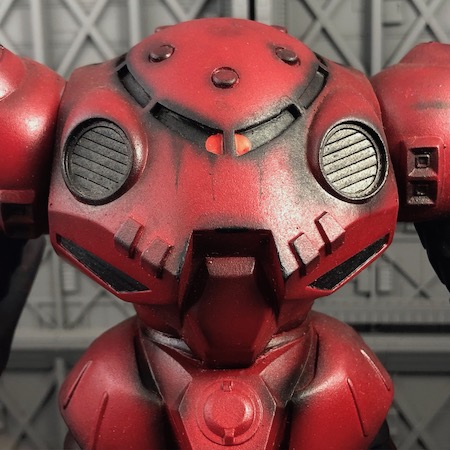 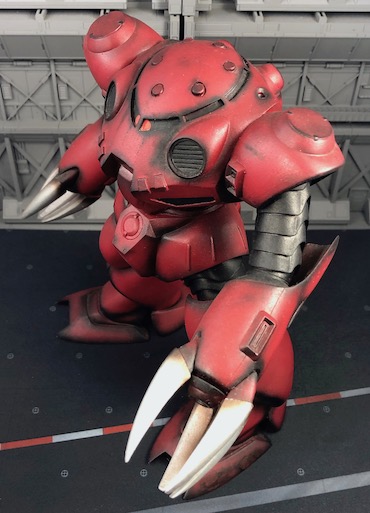 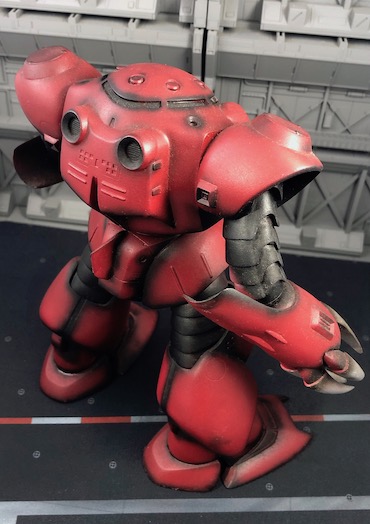 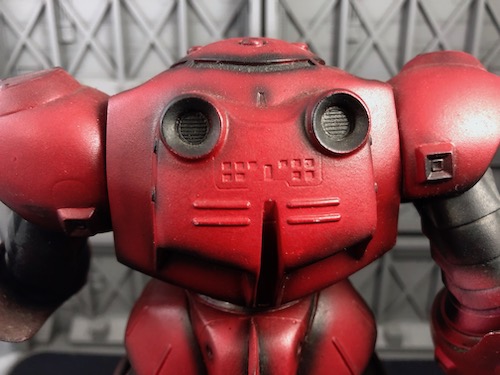 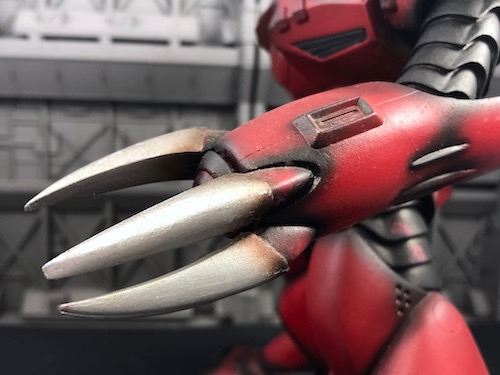 The MSM-07E Z'Gok-E (aka MSM-07E Z'Gok Experiment) is an experimental amphibious mobile suit created by the Principality of Zeon during the One Year War. It is first featured in the Mobile Suit Gundam 0080: War in the Pocket anime OVA series. So far there hasn't been any 1/100 scale release on either RE or MG by Bandai so I this is the biggest scale produced so far. I believed this is an original release as P-Bandai in 1989.

Surprisingly, I saw this built and painted plus available on sale at my local store. Though the condition was not so ideal, I did some restoration and try to bring back its former self. The red colour theme is how it should look like if the 'Red Comet' Char Aznable is to pilot this mecha. Or at least with Johnny Ridden piloting it. The model kit is nicely scaled and seemly rare. The material feels pretty hard even though its states soft vinyl. Articulation is limited but the level of detail on it is awesome and looks imposing.
at September 17, 2019

I always love how Izubuchi managed to put another layer for older Gundam design which enhance their overall value. Making it look more realistic and less toyish

Uhmmm, I said to myself looking at these pictures: "myself: I don’t remember a kit of this particular Zeong faction mecha made until now and I was right!... I have to agree, it’s probably rare item, besides, it has a different overall design to that of the usual MSM-07 Z’Gok... The box-art is kind of vintage but retains the dynamism of more modern illustrations...

@ Yami - Got to agree that this series of mecha is splendid from Zeon to even EFSF. A touch of new from old design.

@ Chris - Beside the mecha design, this kit is certainly in the vintage if not oldie league. It’s also very rare these days. Fix pose vs articulations, my verdict is fix pose.

Bro, if you did not mention this is a vinyl figure, I thought it is a plastic one. In addition, the weathering just looks convincing!!

Very much done by the previous owner. I’m impressed with the robustness.