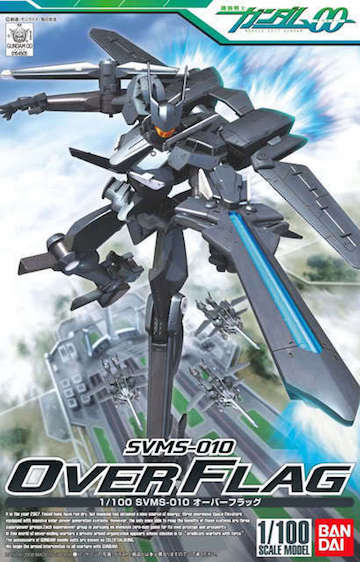 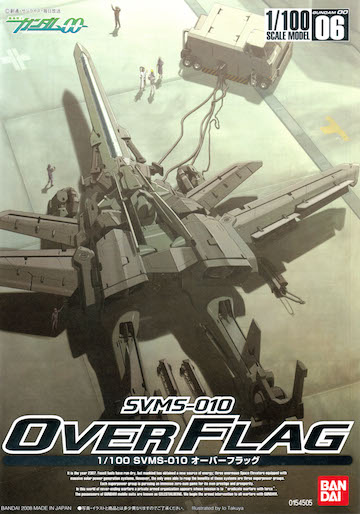 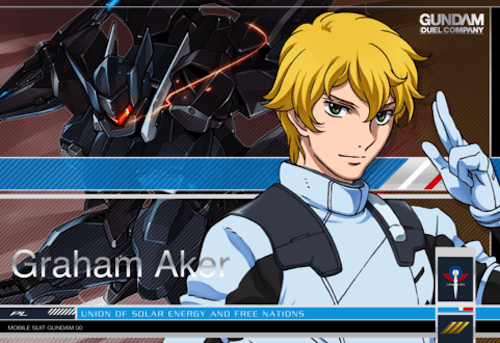 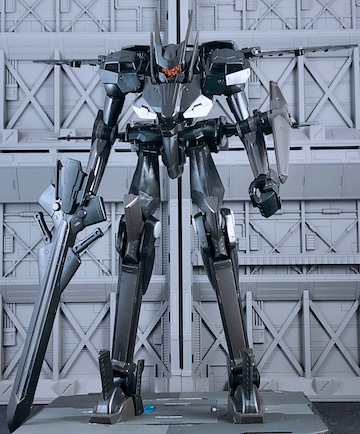 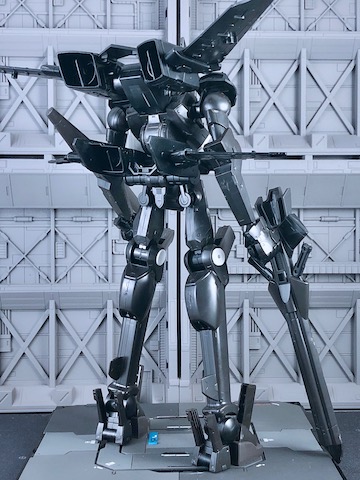 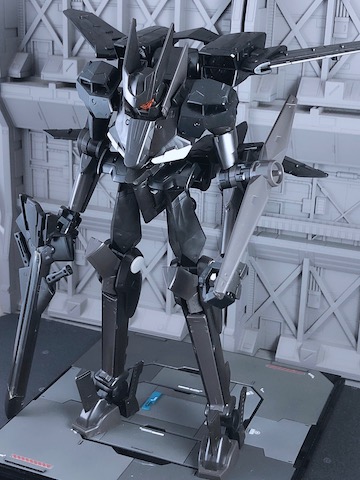 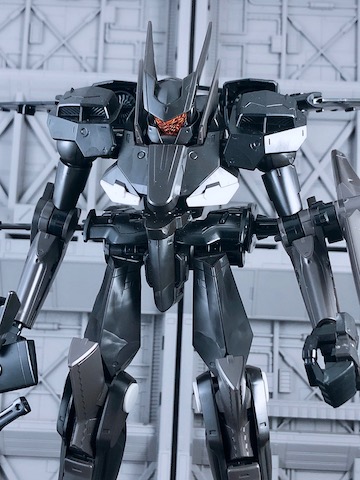 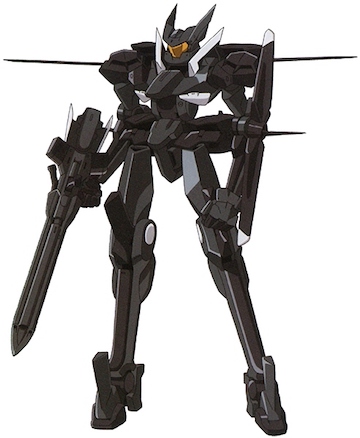 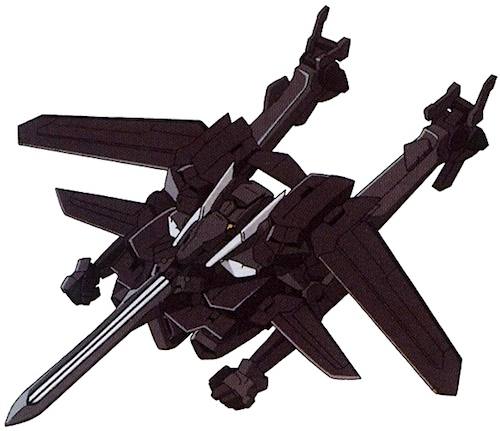 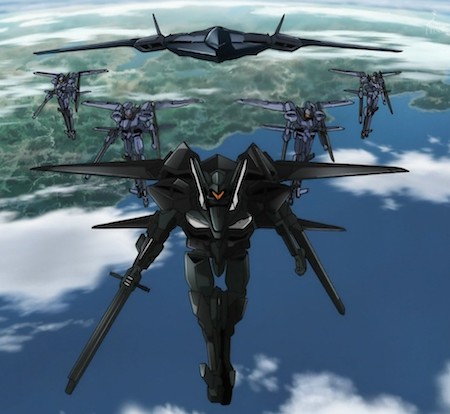 A 1/100 scale transformable Gunpla of the Elite Over Flag mobile suit to life by Bandai. This plastic Gundam model supplies the parts to recreate a realistic figure of this mobile suit Gundam. It is based on the Gundam anime series, specifically Gundam 00. This particular suit was piloted by Graham Aker. This Gundam Over Flag scale figure is approximately 7.5" high. I just wanted to have a feel of the kit therefore I merely snap-fit it so you see it in it rawest form.

This Gunpla is from the No-Grade collection. The plastic pieces are black except for the cockpit, which is clear. This mobile suit can transform after it is assembled. It can switch between its MS mode and its flight position. Nonetheless, I preferred the MS mode as flight mode of most MS looks awkward. These models include several different weapons.

The Over Flag SVMS-01O Over Flag, is an enhanced version of the Flag has excellent mechanical details such as realistic thrusters, landing wheels, and wing flaps. This thin black sleek design is super cool. The MS mode of these toys is in the shape of a humanoid robot. A backpack consisting of wings and thrusters is attached to its back. The fingers of this toy can be manipulated to hold its weapons. One complain is that the rifle seems too heavy for the sleek arm to hold horizontally. Plus the terrible hands that are too big to hold its accessories.

The head has two wing-like pieces that point toward its back. Polycapped joints allow these action figures to be positioned in a variety of poses and hold them. These toys have a variety of attachments including a propeller-like defense rod that can be attached to either elbow. The Over Flag models also have several weapons, such as a linear rifle that also functions as a sword. There are also two sonic plasma blades whose hilts can be stored in the toy's forearms, just like on the television series.

The flight position of the Over Flag kits resembles a fighter plane. The legs become the tail of the plane. The wings and the arms fold up into the fuselage, and the head goes down while the linear rifle is positioned in front of the face plate. The rifle forms the nose of the fighter.
at July 31, 2019

I think I have seen this MS somewhere else... Uhmmm, maybe in my blog, but in HG version (1:144 scale), a long, long time ago... I think it looks great in NG version and the black color scheme does give it a menacing look!... Sorry pal for the very late replies to your comments in my blog, but I stopped receiving e-mail notifications for reasons I don’t know and I thought that my friends, fellow collector and usual commenters had given up...

Glad to see you back in action pal. It has been a while. Welcome back : )

Hard to tell this character comes from Gundam series..

True, the design is pretty out of the world of Gundam.