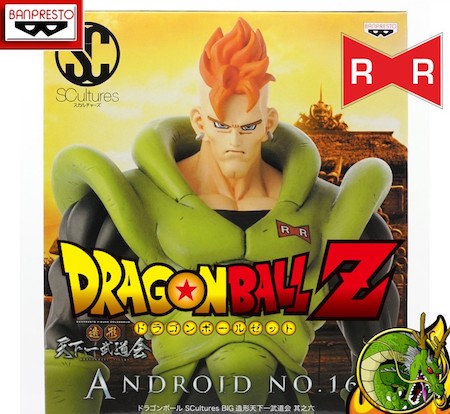 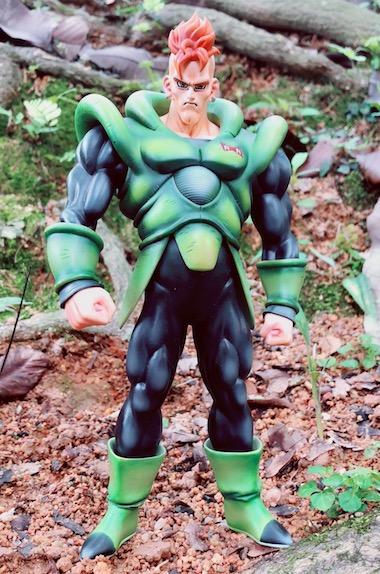 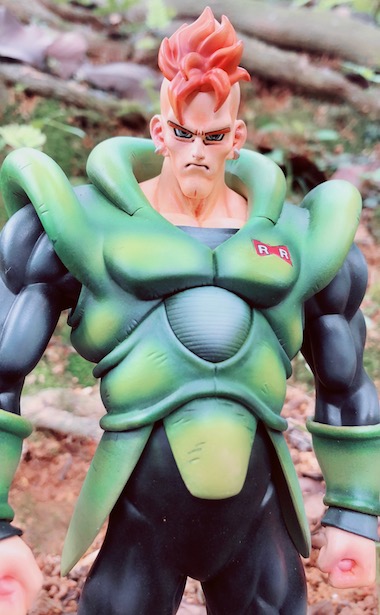 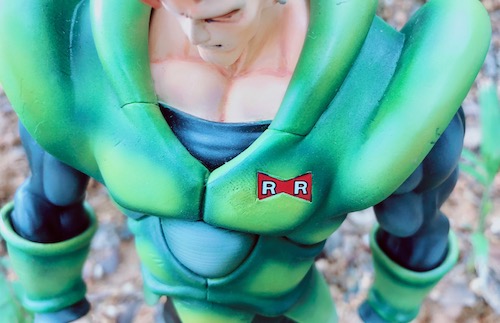 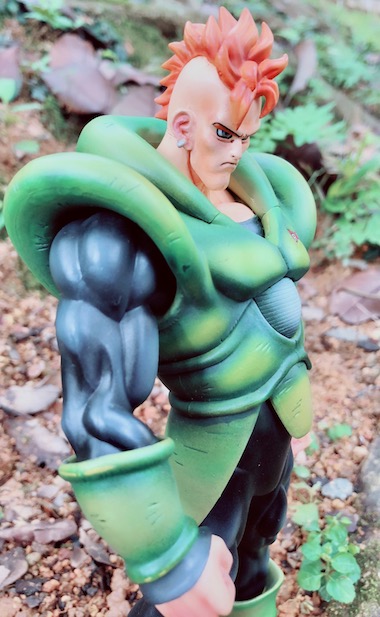 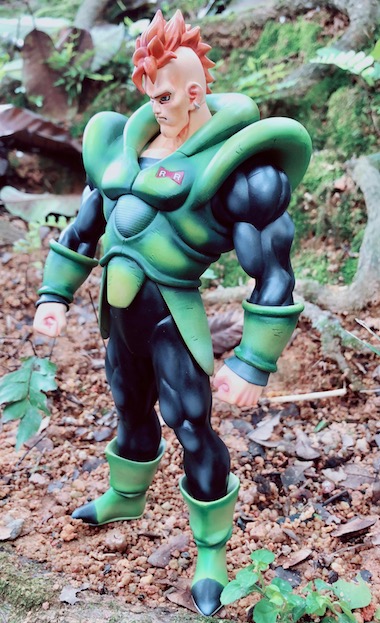 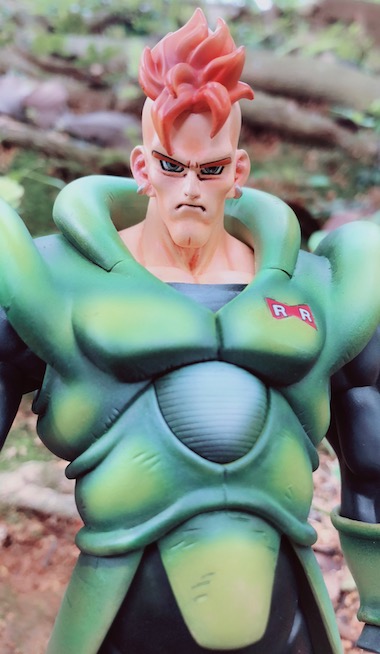 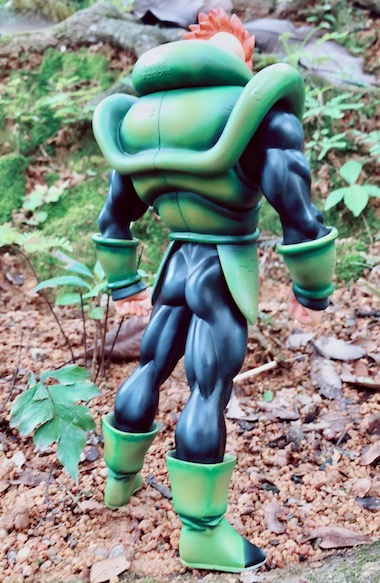 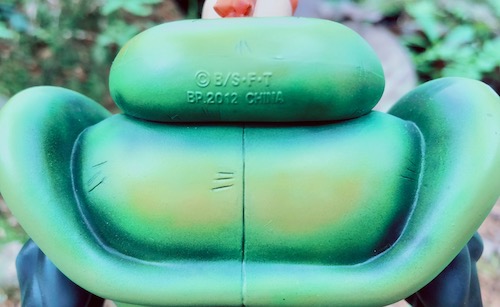 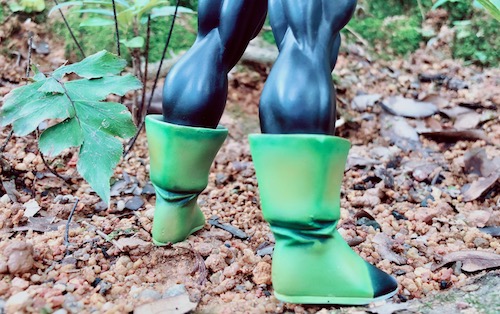 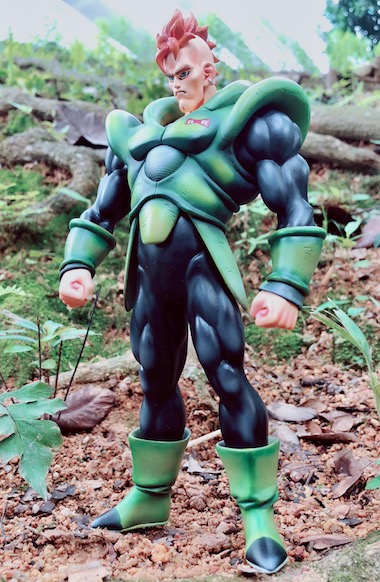 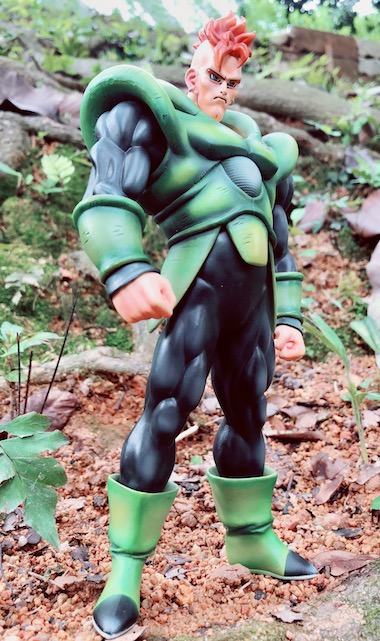 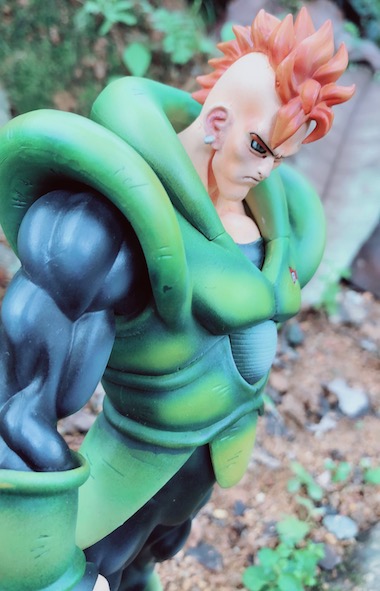 As the number suggested, Android 16 is Dr. Gero's sixteenth Android creation. He was initially designed to serve Gero's vendetta against Goku, who overthrew the Red Ribbon Army as a child, but was later deemed unfit for activation, possibly as a result of malfunctioning in the same vein as Android 8. Android 16 made his debut in "#17, #18... #16?", the 350th chapter of Dragon Ball manga, issued on June 10, 1992. He made his first anime appearance in "Goku's Assassin", the 134th episode of Dragon Ball Z, which premiered on April 8, 1992. Sadly, not many people care much about this guy!

Released by Banpresto in 2012, Colosseum SCultures Zoukei Tenkaichi Budoukai 造形天下一武道会, non posable figure sets high quality and good figure size around 8.5 inches tall. This figure is super cool and nice bigger than expected and in my opinion by far the best depiction of Android 16 looks in the anime. The details are absolutely amazing, this figure is likely one of the absolute best designs for Android 16’s model sculpts. The muscles are well defined and the punky hair are wicker. Very simple assembly is required to fit the figure together and the figure comes with a black base to stand on. I got my as custom painted with added shading for good variation.
at March 27, 2019

Bro, I personally think that the black lines around the eyes are thick. If they are thin, it looks perfect to me :)

You got a point there. I always trust you sharp observation : )