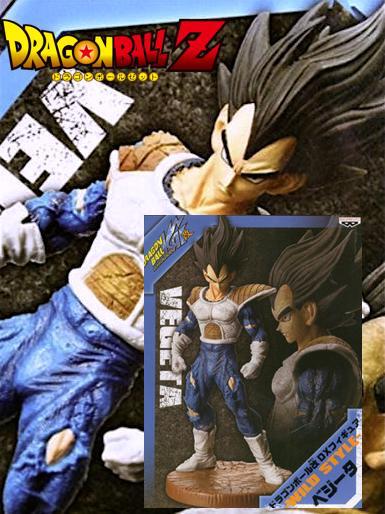 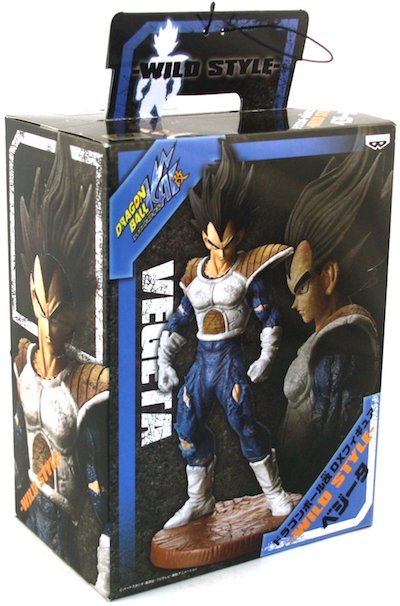 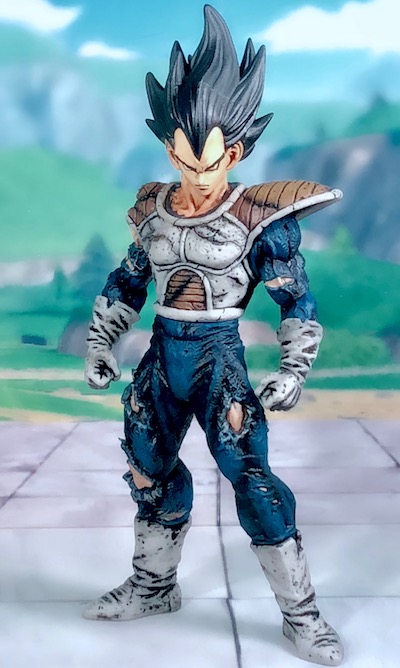 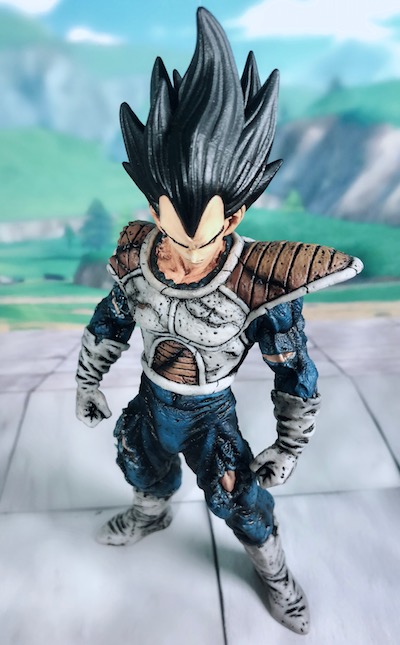 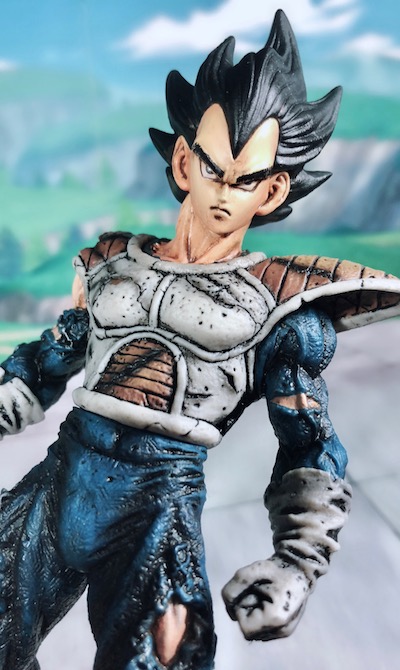 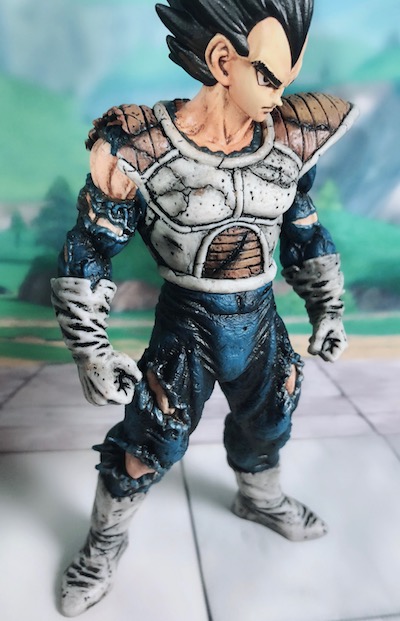 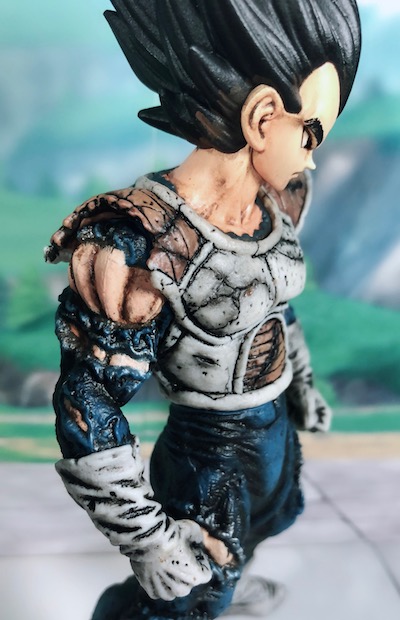 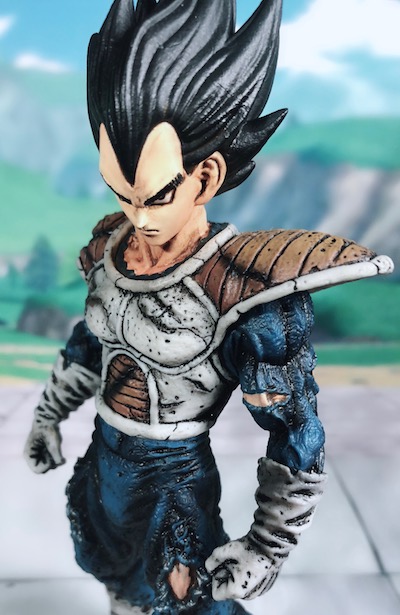 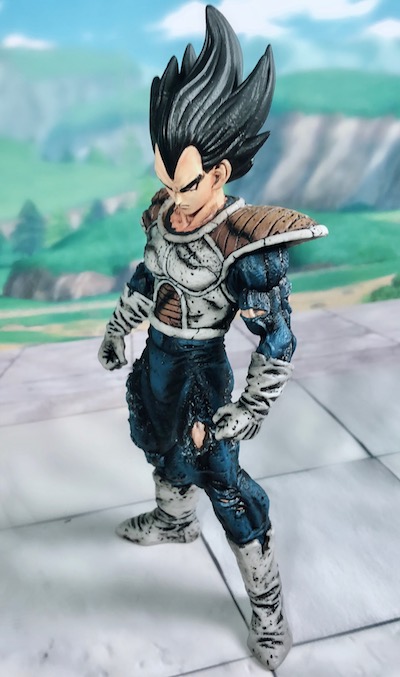 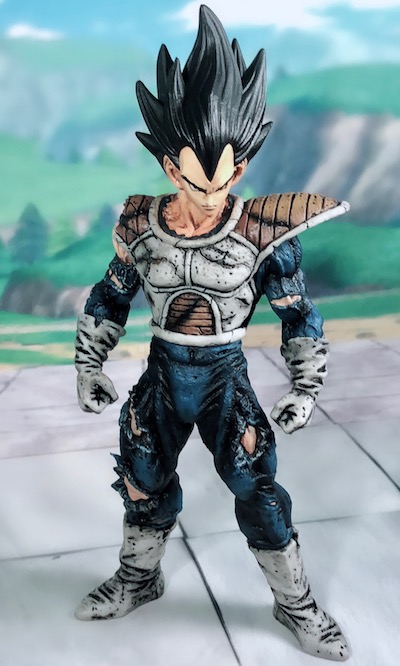 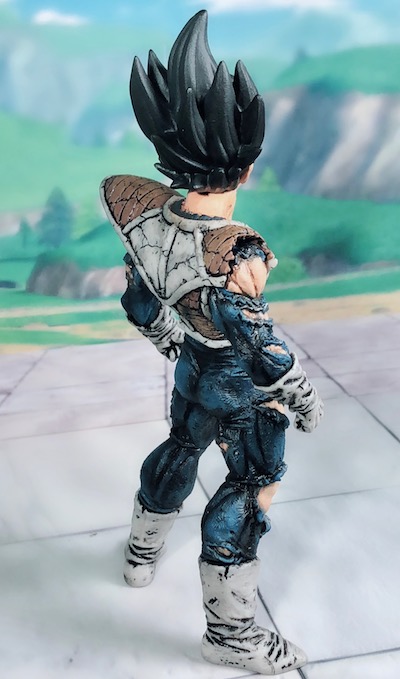 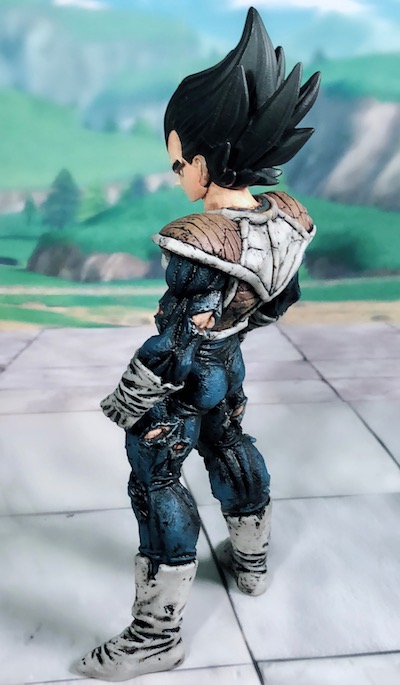 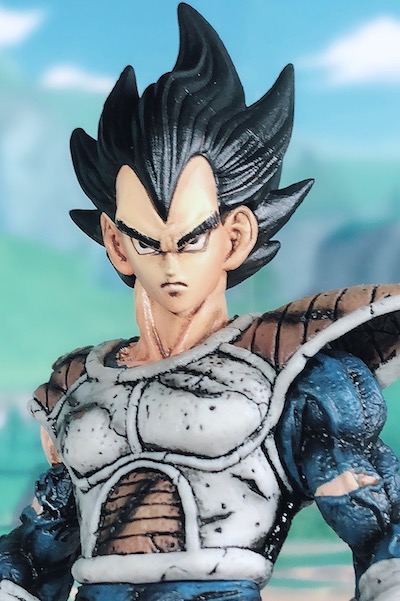 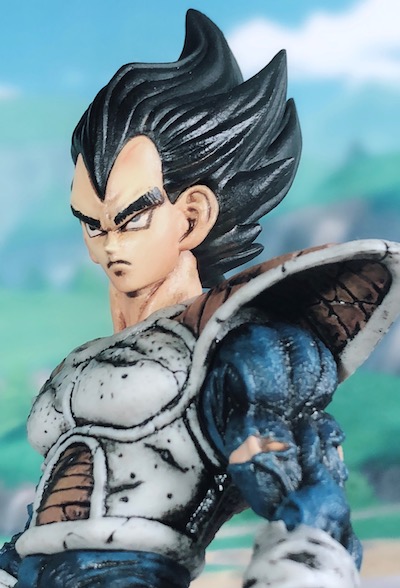 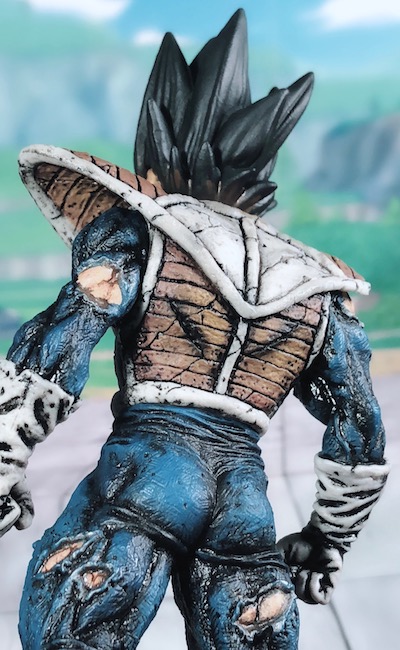 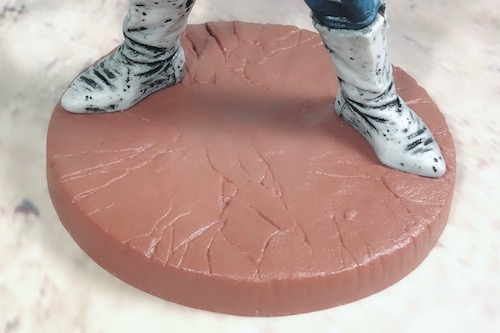 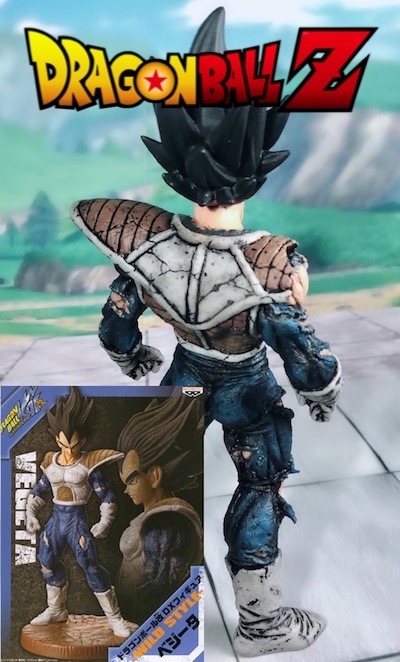 Vegeta is running wild during Dragon Ball's 22nd Anniversary Celebration. That was some time ago when Dragon Ball Kai, kind of reignited the DBZ engine for old fans to revisit the franchise and generate new fan base, appeal to younger generation and prepare all of us to the current Dragon Ball Super. Brought to us by Banpresto, this PVC figure stands approximately 17cm. Vegeta isn't that tall however his standing hair kind of give that few extra inches ^_^

The figure itself is pre-painted nonetheless I got myself a custom painted piece for that extra combat power!! It's over 9000 CP!! Lolz. This figure sculpted Vegeta in his battle damaged form. I would presume that Vegeta, at this point is still under the influenced of Freeza. Clearly his attire is Freeza era uniform (I won't call it Saiyan suit anymore as Freeza uniform seems more appropriate) when he first debut as a villian during the invasion of Saiyan.

You can tell from the broken right shoulder pad that this is during the period when Vegeta arrived on earth to fight the Z Fighters and the rest is history. It's that death stare from the proud prince of Saiyan after his tail was cut by Yajirobe, causing Vegeta to shrink from Oozaru back to his original form. That explained why Vegeta no longer has his tail on this figure. At this point of time, Vegeta has also ditched his scouter as he realised that it no point equipping it when the Z Fighters has a way to suppressed their real CP.

I kind of think that this figure is sculpted in a way Vegeta appeared more sleek, muscle-ripped and given a more mature grinch look. It's wild style anyway! It comes with diorama base of the battle ground, likewise the figure holds itself  well even without the base.

Bro, I personally feel that the weathering is not natural and looks a bit over. It's like the figure was burned previously.