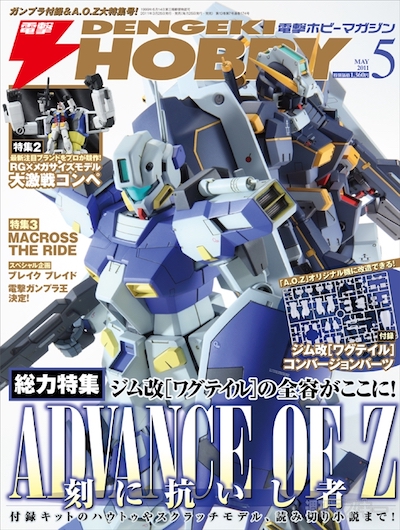 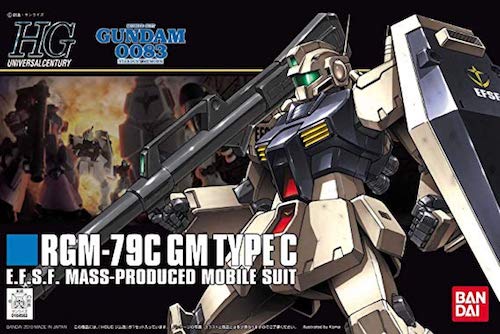 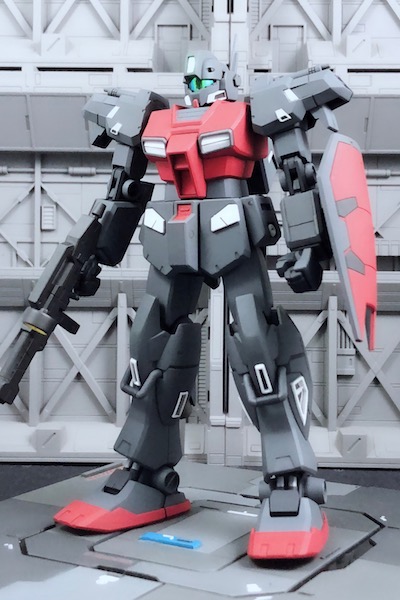 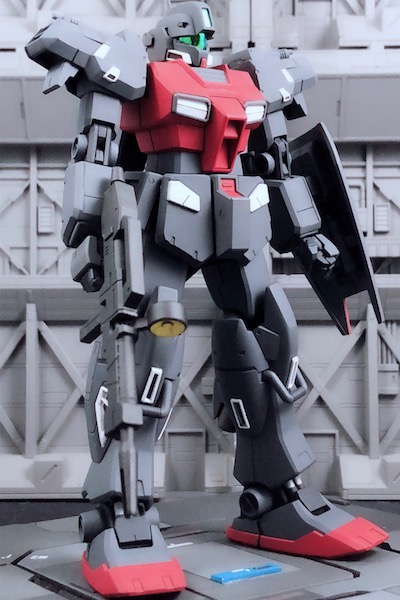 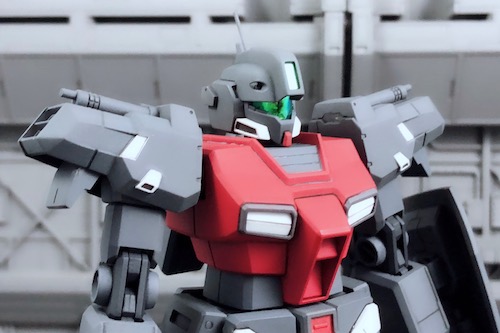 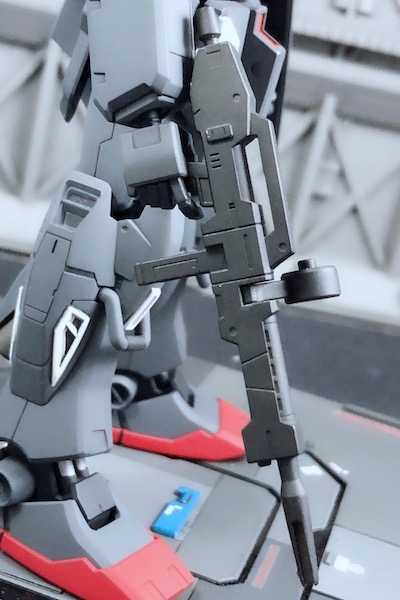 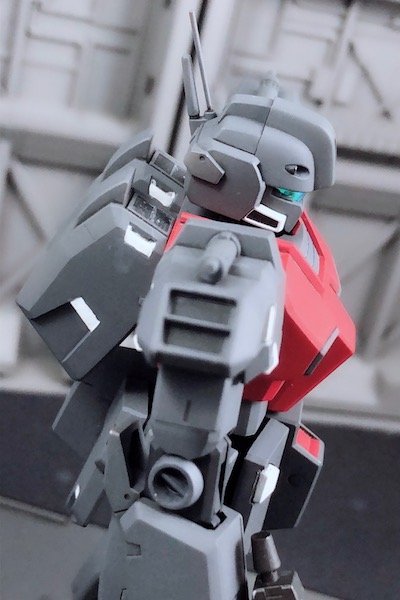 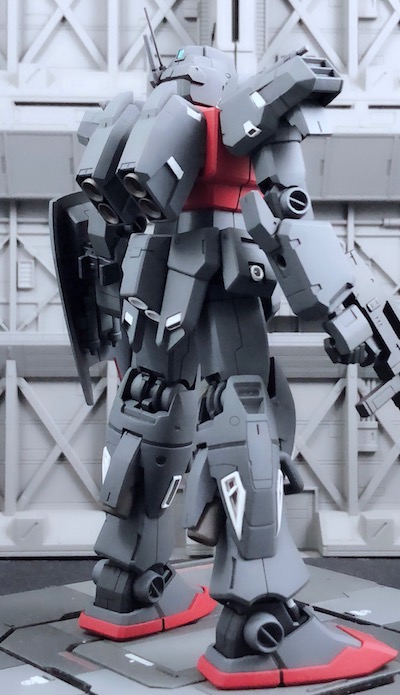 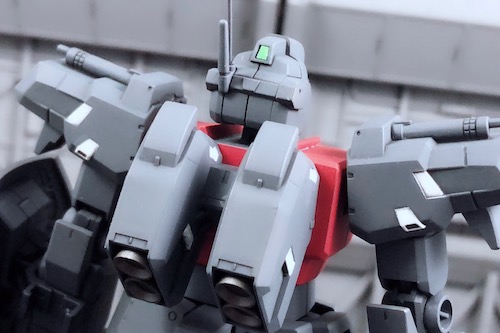 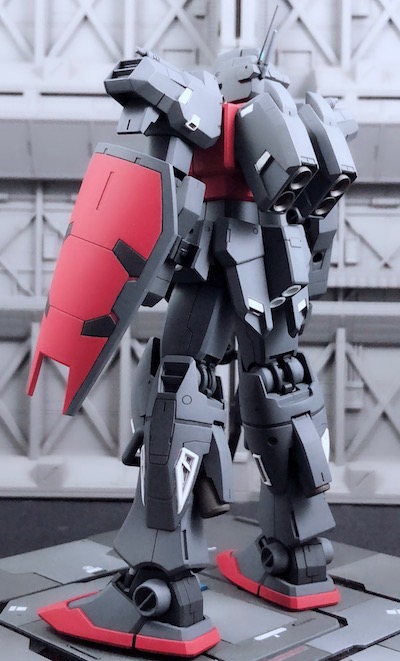 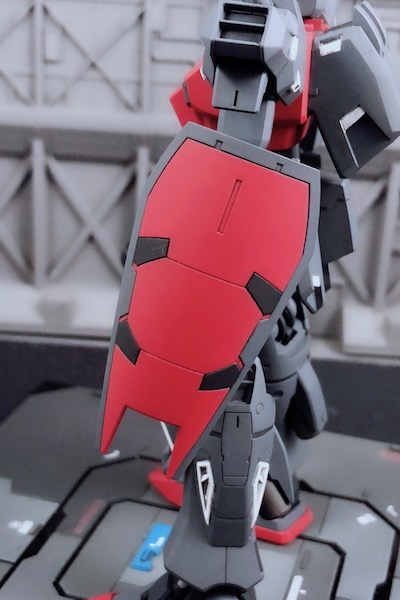 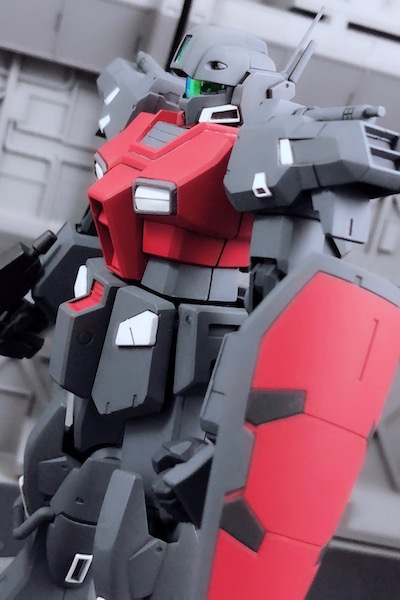 It really took me far too long to blog about this and I do apologize for it especially to Kenny who has done such an amazing job to this Gunpla. You have my sincere thanx for this gem of craftsmanship! I love colour separations, the fine antenna and the reflective visor! Kenny actually did both the 2 colour versions featured on Dengeki Hobby (May 2011 cover). I got the grey and the master has the original piece! Personally, I feel that the more general purpose red and grey version colour scheme gives a camouflage feel of realism and practicality. Another convincing reason is that a 'wagtail' is a kind of bird and its based on the grey wagtail.

The RGM-79C GM Type C "Wagtail" (aka GM Type C, "Wagtail") is a custom general purpose mobile suit, it is an improved version of the RGM-79C GM Type C (Keraunos Squad). It first appeared in AOZ - Advance of Zeta: The Traitor to Destiny. It is a custom mobile weapon used by an anti-Titans organization Keraunos and piloted by Van Asiliaino. The "Wagtail" is a further upgrade of the Keraunos GM Kai, made with parts provided by a mysterious sponsor, which are apparently left over from rejected next-generation machines developed for the Federation Forces. Credits: Gundam Wiki

Kudos that Dengeki Hobby (May 2011 cover) included the conversion parts as part of the appendix which works wonder on HGUC RGM-79C GM Type-C. GM Type C "Wagtail" parts include the head parts, shoulder parts, arm parts, waist armor, lower leg parts, backpack, beam Rifle and shield. The lines straight and crisp, the surface finish is excellent and the best part is that the fit with the Bandai parts is absolutely spot on!

Beam Saber handles are not detachable from the shoulder parts and shield. The HGUC GM Type C is a decent kit itself, and it’s great that the conversion kit uses it as a base. It completely gives it a facelift like using Gundam Hazel configurations and technologies for a more modern frame than the old RGM-79. There is a Hazel Rifle similarities to its main weapon, which would explain the double e-caps on the left shield.
at November 12, 2018

Thank you for commenting : )

Although there are some red areas but overall it looks very grey :)

I guess the red area compromise the stealth ^_^