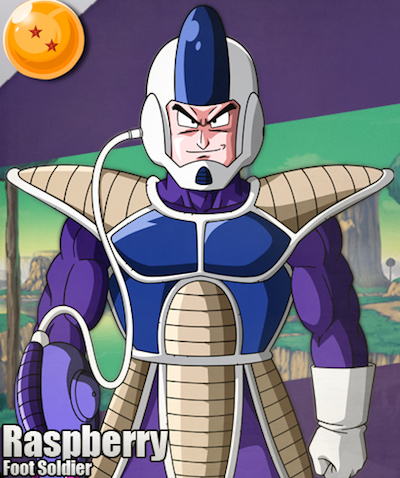 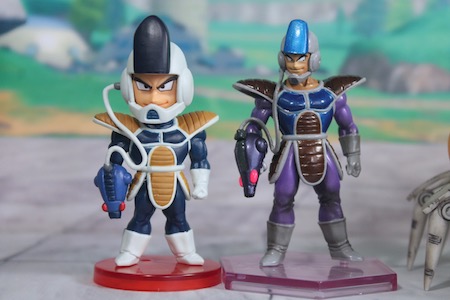 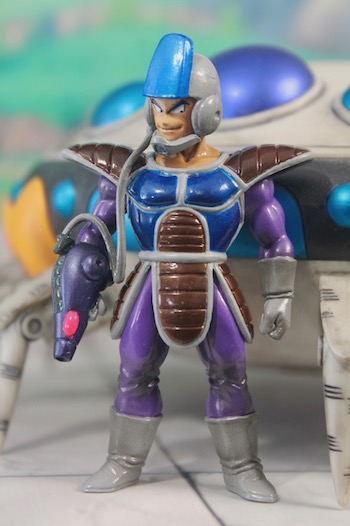 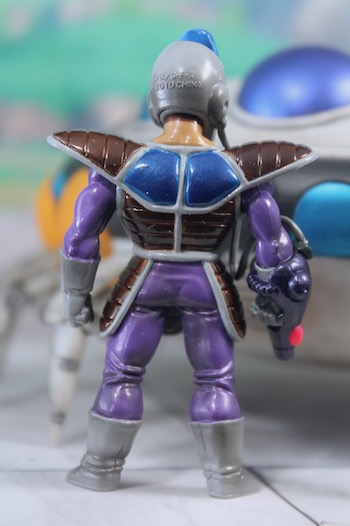 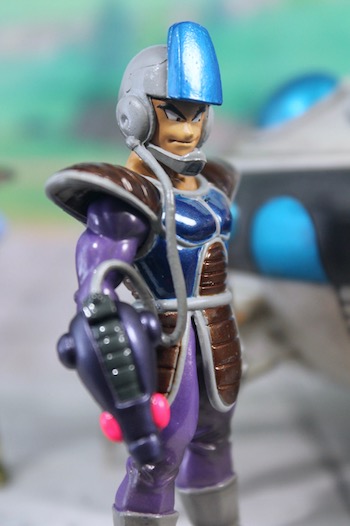 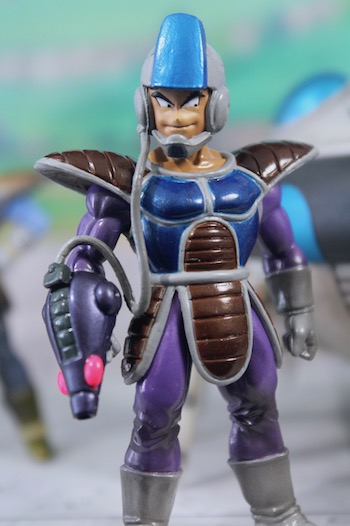 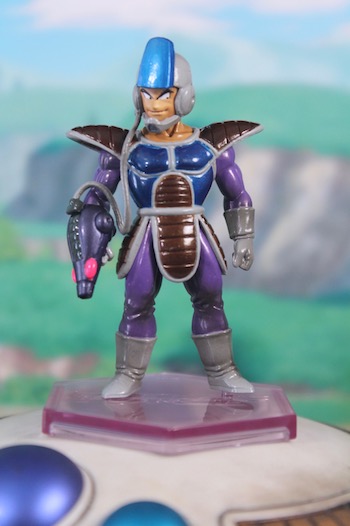 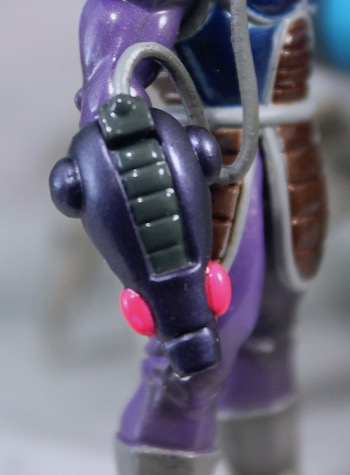 beam rifle that fires from his arm-mounted blaster weapon 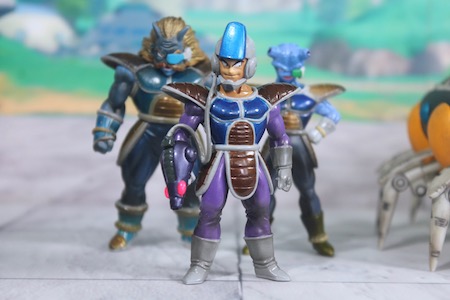 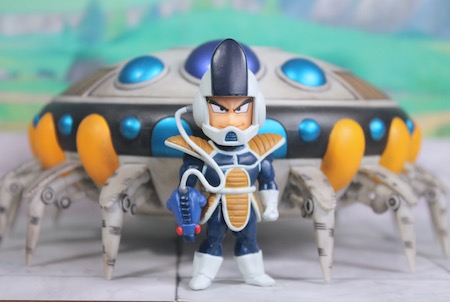 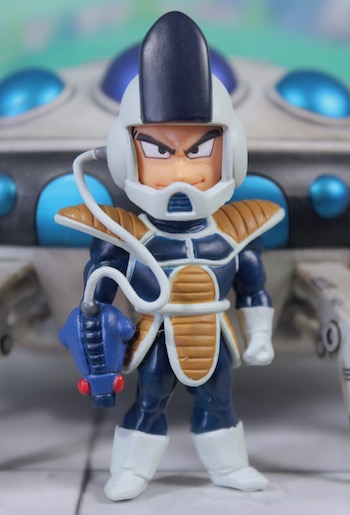 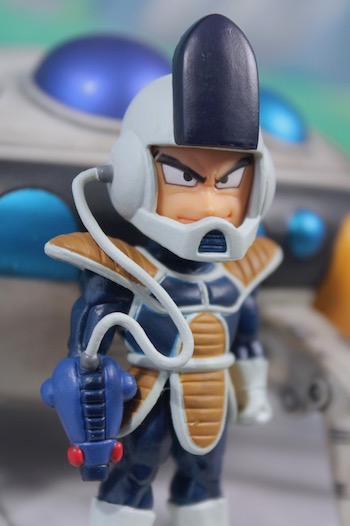 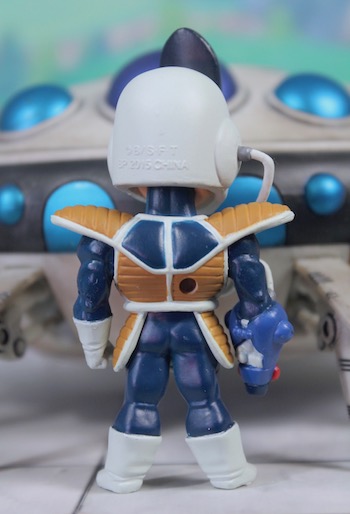 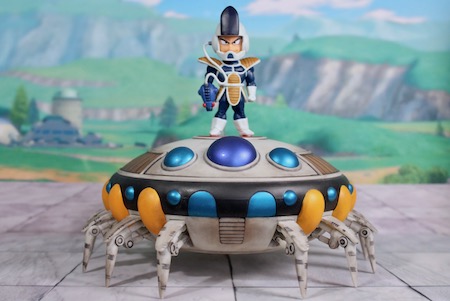 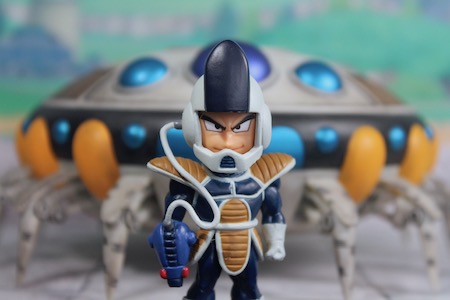 Raspberry is a humanoid who works as a foot soldier in Frieza/Freeza's interplanetary operations so he kind of made his short appearances during the Namek saga either pushing his luck to get the Dragon Balls or staying put at Freeza's spaceship to help guard the Dragon Balls. Like most DBZ characters, their names normally are associated with fruits or food. Despite being a foot soldier, he has a few tricks up his sleeve for example having flight ability to fly with the use of ki and possessed beam rifle that fires from his arm-mounted blaster weapon. It seems like Raspberry didn't wear a scouter in the anime.

I always like seeing him in DBZ games as low level enemy NPC until he finally get his ownage as a playable game character in 2015, in Dragon Ball 'Xenoverse'. He's hard to master cause he's so weak, but one of the best characters in the game if you learn how to use him.

Foot soldier such as Raspberry is less likely to have figurine of his own, so I'm keen to collect them all whenever available. There are currently a total of 2 Raspberry collectibles that have been released to date. A genuine collection offered by Banpresto is the “Freeza’s Force” series, which includes almost all of Freeza’s military regiment of underlings along with his remarkable spaceship. Some figures in this set are only available as a part of this series and are extremely rare.

Raspberry owned his place in this 2010 figurine release, proudly with one arm holding a galactic blaster cannon, lots of details even including the connective pulse tube and his genuine battle helmet. He is in a calm and determined stance, as he has lowered his blaster to his side. Standing at approximately 7 cm comes with a unique base and stands prepared to find the remaining Dragon Balls. Much like the entire set, the figure is nicely painted with a glossy and shiny look.

The other release is a slightly more SD super deformed version in the form of WCF [World Collectable Figure] Freeza Special Edition Volume 1 released in 2015 by Banpresto again, announced as a special edition tribute for the Freeza saga, from the new Dragon Ball Movie comes the popular Freeza character. He is a major villain and a galactic emperor feared for his ruthlessness. The rest of the characters are fellow villains capable of their own evil acts. This figure also stands at approximately 7 cm. Each comes atop a round base for this set. Raspberry is seen standing upright as he maintains his blaster beside him.
at August 07, 2018

Bro, I never see this character before...it shows i m not a DB fan at all..Haha!!