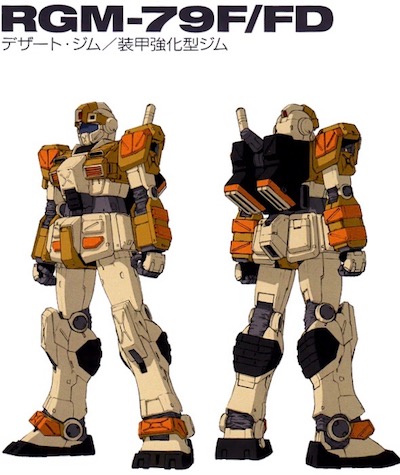 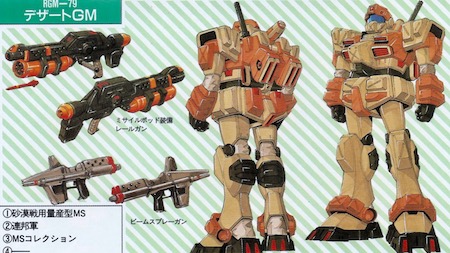 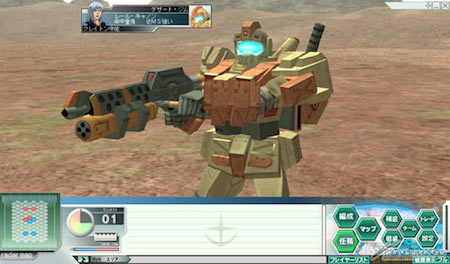 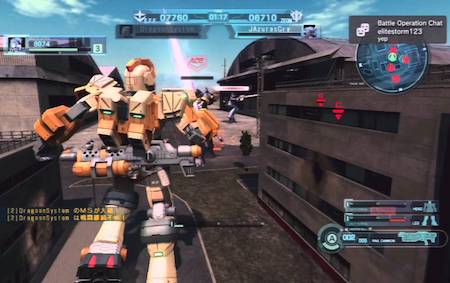 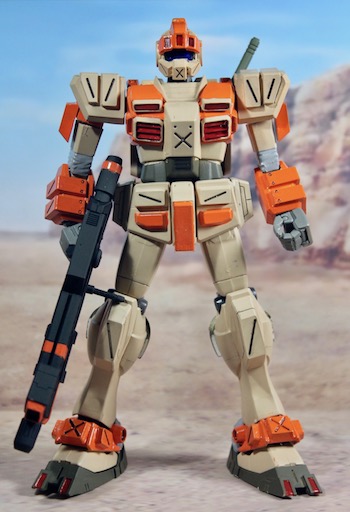 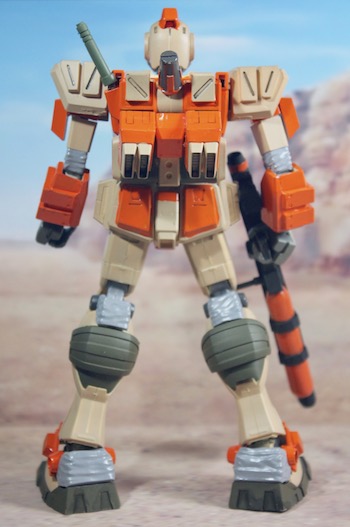 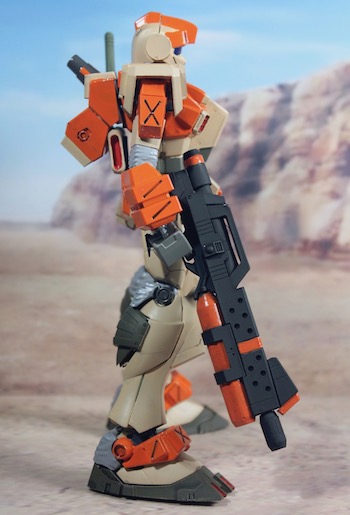 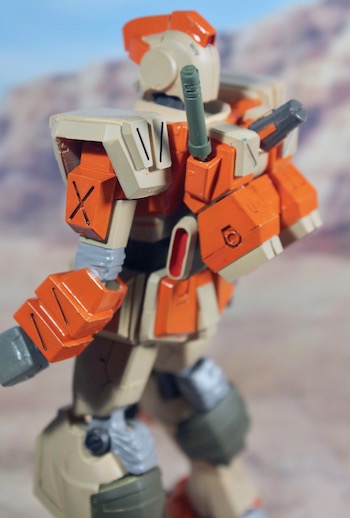 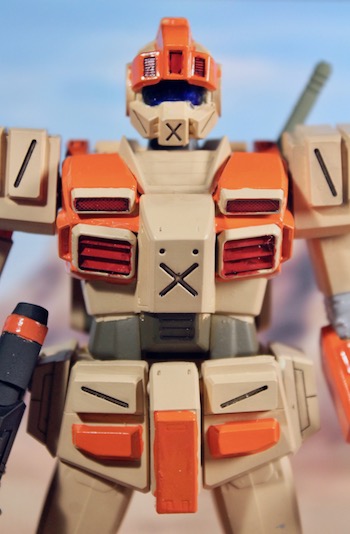 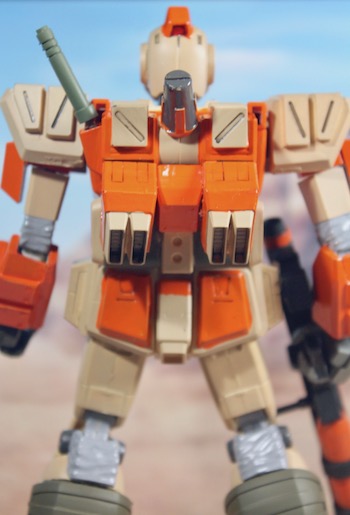 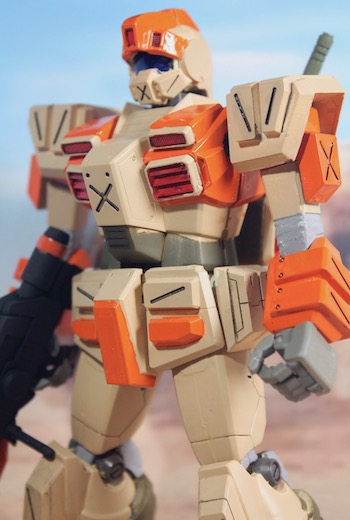 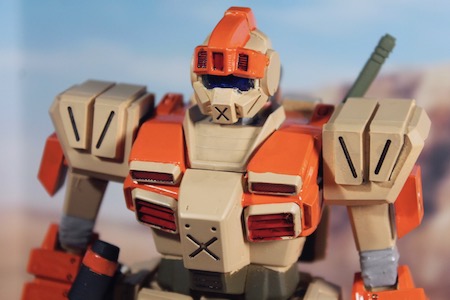 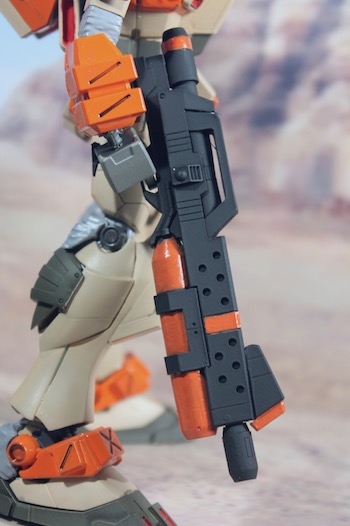 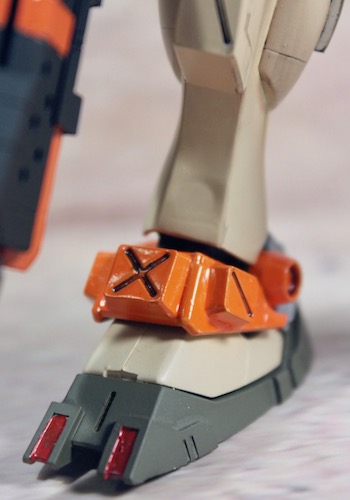 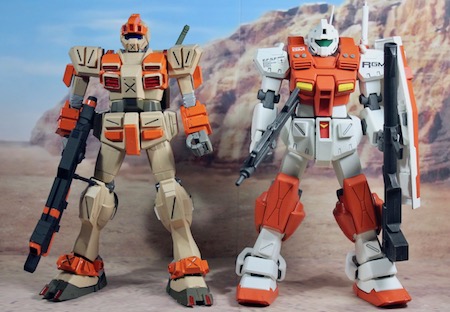 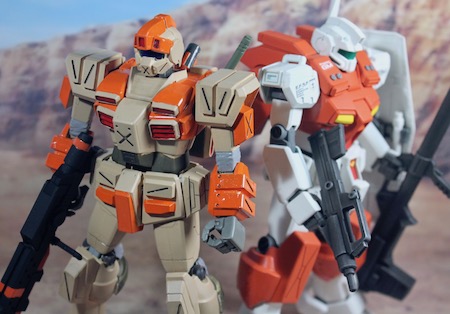 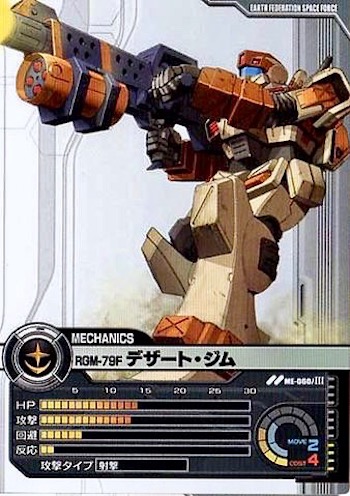 Popularised in the games like 'Gihren's Greed' then 'Gundam Battle Operation', RGM-79F Desert is mostly deployed in the Middle East and Northern Africa in the One Year War. The RGM-79F Land Combat Type GM is a variation of the RGM-79 GM, based on the Land Combat Type GM, this suit features adaptions for desert warfare and reactive armour. It first appeared as a part of Kunio Okawara's Missing Mobile Suit Variations. Its production is considered the Federation's response to Zeon's MS-06D Zaku Desert Type.

As this GM was based off the frame of the RGM-79F Land Combat Type GM, they strangely carry the same model number. The Desert GM is equipped with coated joints and extra intake valves to better deal with the intense heat and dust of the desert. It also features reactive armour mounted on several parts. Similar to the Land Combat Type, the Desert GM is also armed with a Beam Saber, Railcannon and an optional Beam Spray Gun.

Since there hasn't been any official release (Likely never) of the Gunpla and that my passion for 3D toy of  this GM motivated me to build it using resin conversion parts on Master Grade GM kit. Please pardon my novice skill and those ugly overran paintings. Unique design of this GM is the 'X' mark you see on the mouth and various parts on the mobile suit. It has chest intake valves similar to the Power GM and there are extra reactive armour pads on the shoulders, cockpit, skirt, kneels and ankles. Colour scheme of orange and beige for camouflaging in the cover of desert sand. It shares the same visor colour of blue like the Blue Destiny GM, standing out from common GM green visor. The main armament is certainly its oversized Railcannon w/4-tube missile launcher.

The color schemes of the figure is very refreshing :)