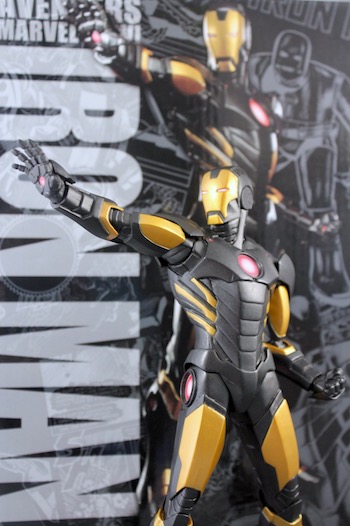 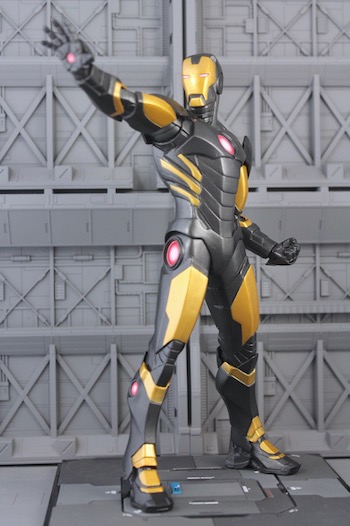 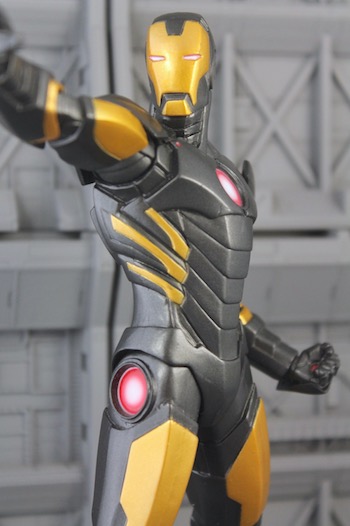 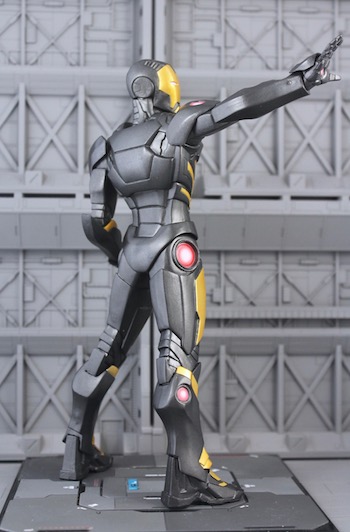 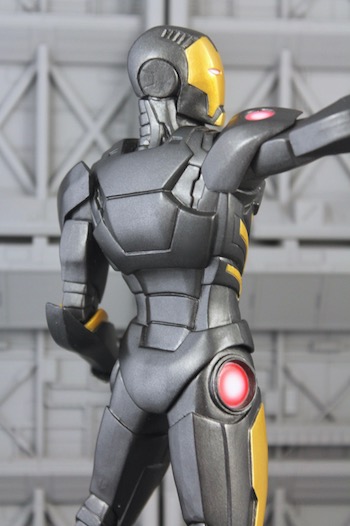 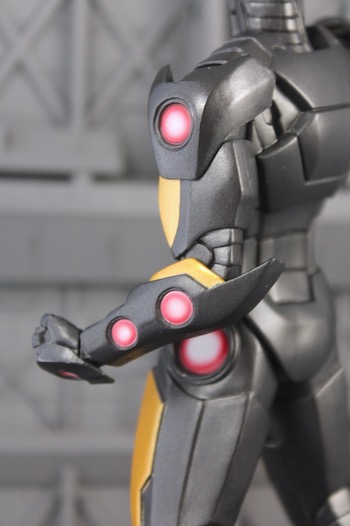 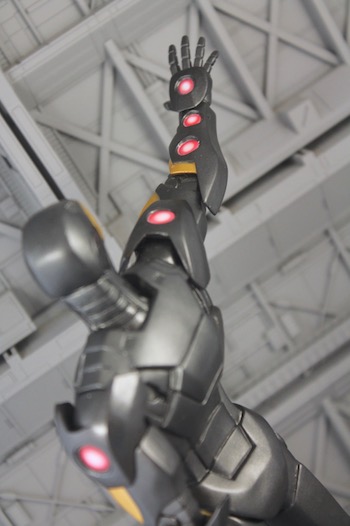 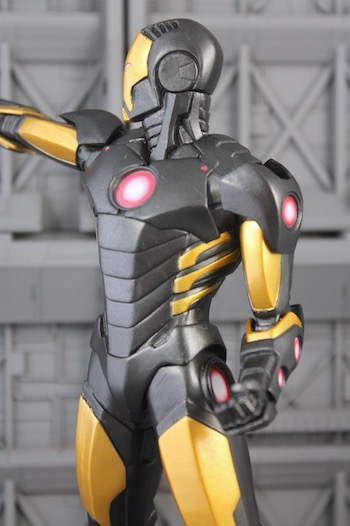 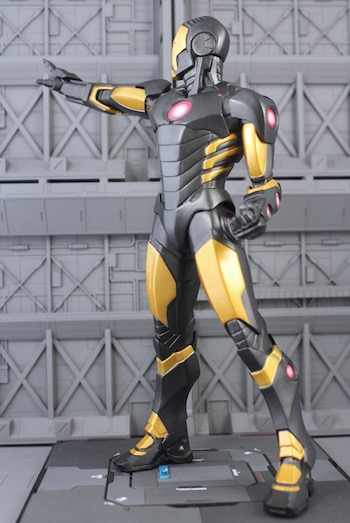 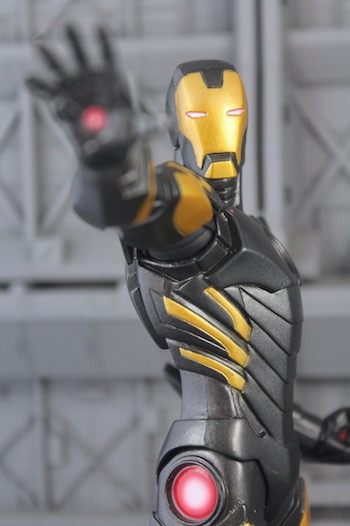 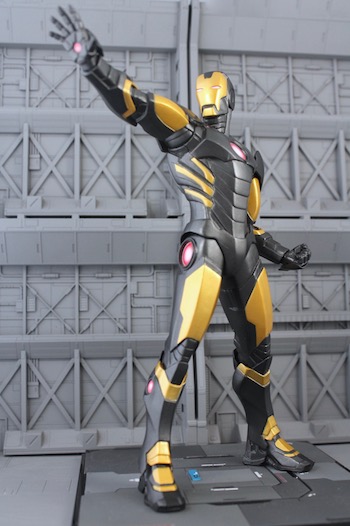 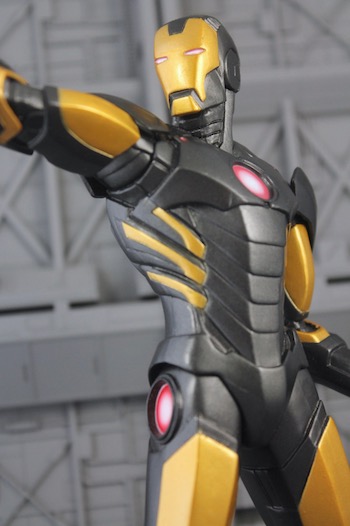 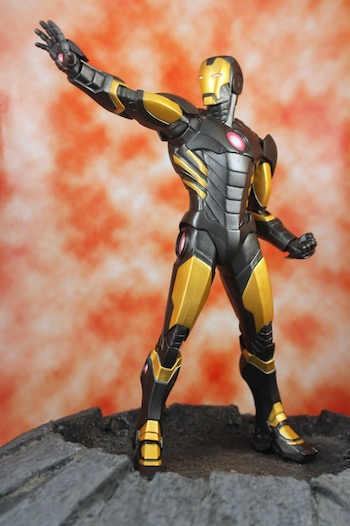 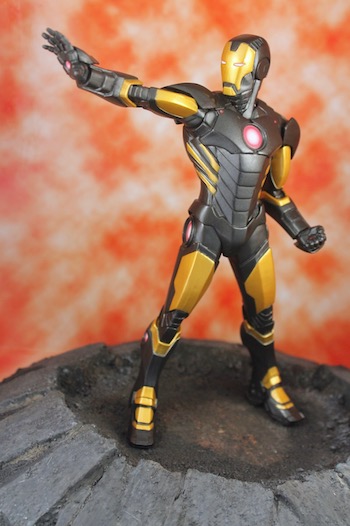 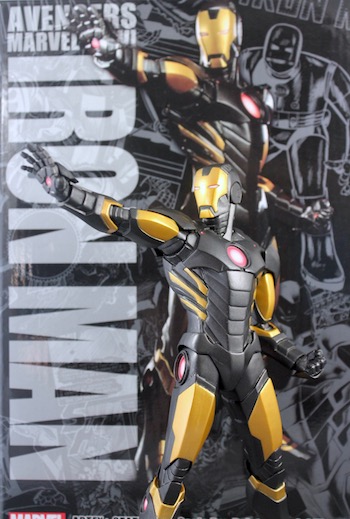 From Kotobukiya, exploring the Marvel Comics Universal is the next great property to get Kotobukiya's ARTFX+ PVC statue treatment, and so of course the first series is none other than the Avengers, specifically the characters as they appear in Marvel Now! In 2012 the comic book company relaunched several titles, shifting some characters into different books and updating some for a modern audience. More than anything, it provided a perfect jumping on point for new readers.

The characters are brought to life as never before based on concept artwork by superstar artist Adi Granov. The latest Avenger to join the team is IRON MAN, who completes the lineup of Earth's defenders with his previously released allies Hulk, Black Widow, Captain America, Hawkeye, and Thor! Created in 1963 by a group of comic book luminaries (including Stan Lee and Jack Kirby), Tony Stark was a rich playboy whose capture during the Cold War led him to create a technologically advanced powered armor suit bristling with weapons and science-fiction gadgets.

Best known for fighting enemies such as Mandarin and Crimson Dynamo, Stark would over the years combat his own personal demons as well, making him a very nuanced and interesting character popular the world over. While he would continue to improve and upgrade his armors, the brilliant industrialist/hero would also help found the premiere Marvel superhero group the Avengers and fight with them all the way into the current Marvel Now! Universe.

With a fresh start Tony appeared there with a brand new suit of Iron Man armor featuring a sleek design (similar to Mark 43) and a bold black and gold color scheme! The Iron Avenger stands at the ready, turned to his side as he raises his right hand to aim a repulsor at the enemy. Iron Man's armor is intricately detailed with layers, panels, vents, and other technological components like secondary repulsors, and the metallic paint really makes it shine.

Sculpted by the same master artist who did the rest of this Avengers series, Junnosuke Abe (RESTORE), Iron Man stands just under 8 ½ inches tall (in the ARTFX+ 1/10th scale) on his included magnetic feet. Add Iron Man to your collection and complete the full lineup of ARTFX+ Marvel Now Avengers!
at November 08, 2017

I have not seen ARTFX statues in person until now, but looking at your pictures I can say that Kotobokiya has the touch !!!... The design for this armor is quite sleek and stylish, the color scheme contributes to create a mysterious atmosphere for this character that is rather unpredictable and depending on the timeline or comic story where he participates, sometimes he’s not necessarily on the good side... I think this statue fits perfectly your collection, side by side with the rest of mechas that you love so much !!!... =D

I like Iron Man with his usual standard color scheme, this particular version is certainly not my type but it seems that many people love it this way.

>> Chrismandesign
IMHO, I think resin would be better for this statue as it’s not quite worth it spending the amount for PVC. The sculpt is nice though and since Iron Man is very much considered a mecha too, it does blend well with my other collection ^_^

>> David
Totally understandable that the original red colour scheme relates better to the comic, movies and anime. It is more of a variant for a switch.

>> Desmond
It’s a gift from my friend.. Well, my collection can be rather random at time ^_^