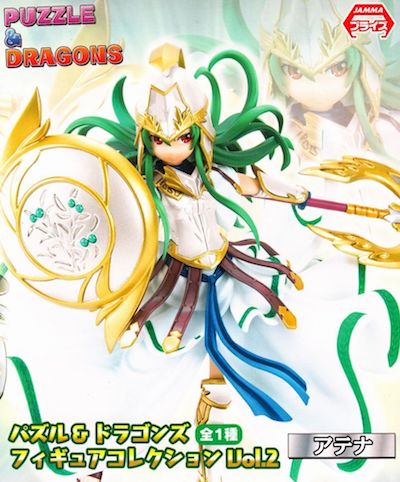 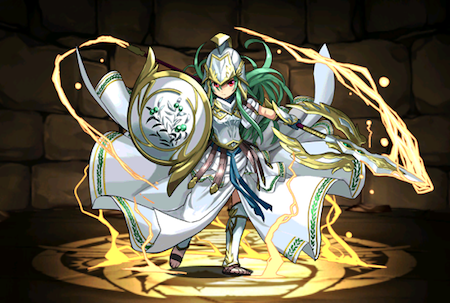 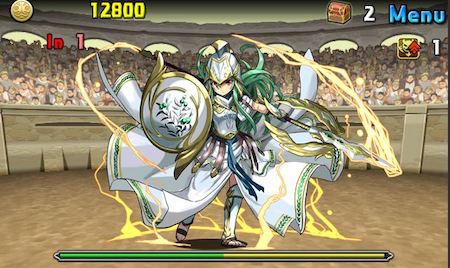 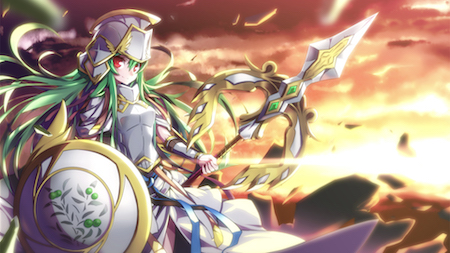 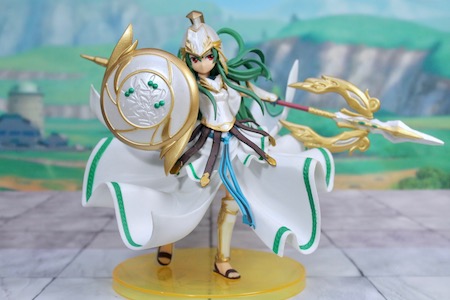 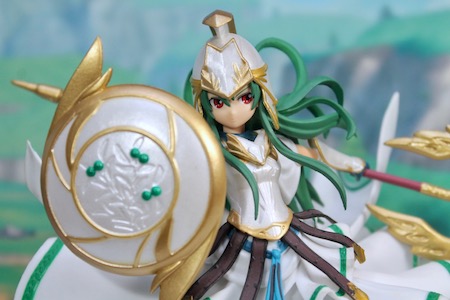 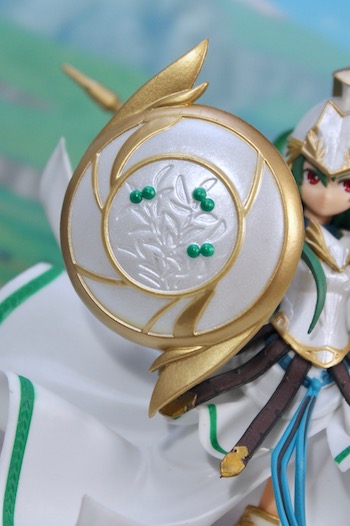 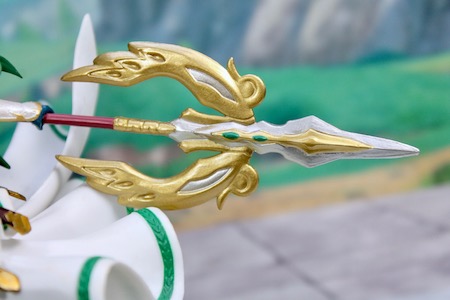 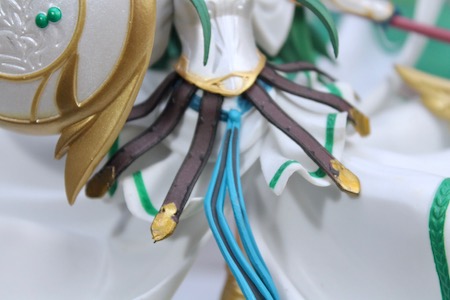 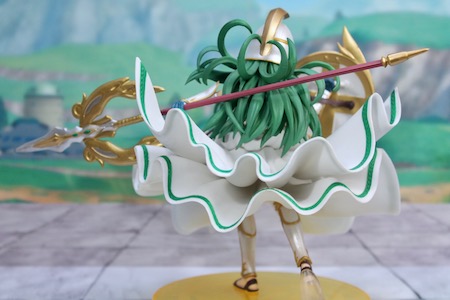 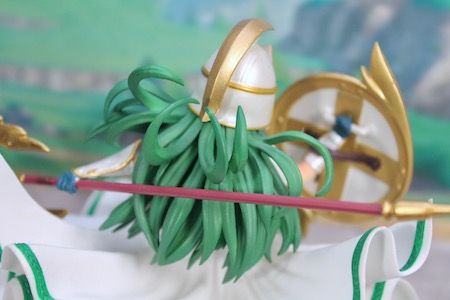 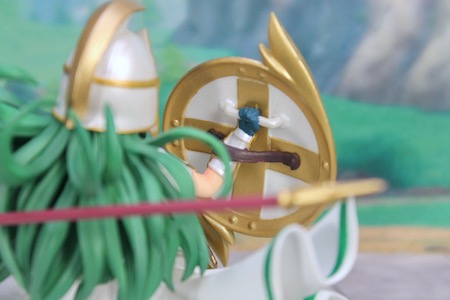 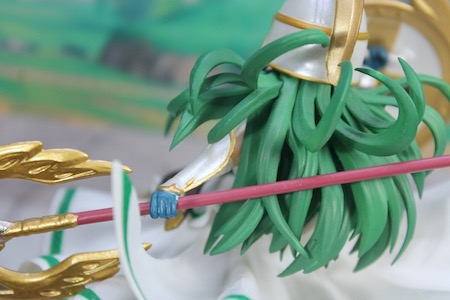 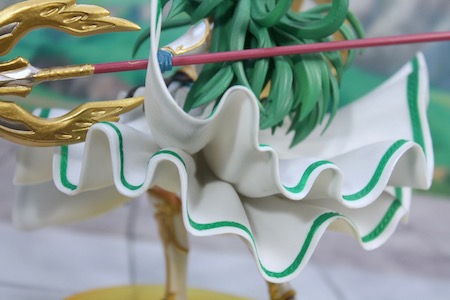 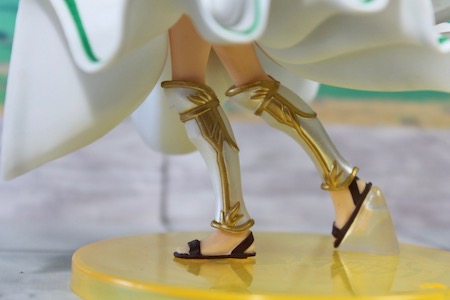 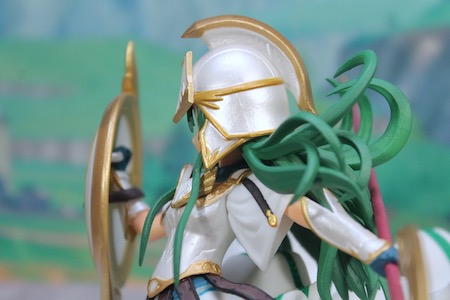 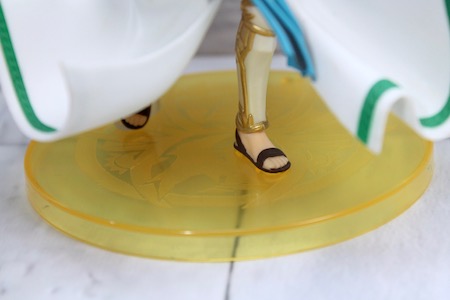 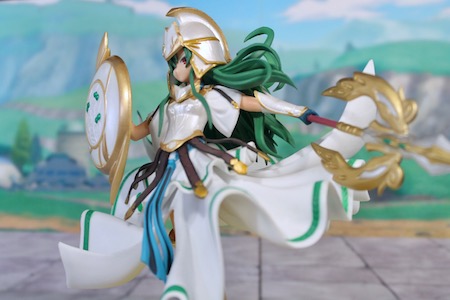 In mythology, the goddess Athena in her spartan armor, round shield, spear with vibrancy of green hair and clothes, willowing double layer skirts edge and sexy shin guards. From concept arts to replica statue based on the in-game artwork of the Puzzle & Dragons character, this is gorgeous and Athena is beautiful! Her pose is angled so that she’s not leaping into action recklessly. The face sculpt depict her innocent look with expression of determination!

Puzzle & Dragons is a multiplayer mode game that go-to choice for the mobile Puzzle RPG by teaming up with other players to tackle all enemies hence using them ! It is both an addictive and FREE match-3 puzzle game with classic monster-collecting RPG fun! Assemble a team of monsters to embark in dungeons and challenge enemies!

Combat is simple--just match 3 orbs of a particular attribute to make the monster with the same attribute on your team attack. If you can chain together multiple combos and attributes, you not only increase your damage, but can attack using other monsters from your team!

Athena can be hard to defeat, but so worth it. Even a few magic stones are worth spending to get this leader who excels so many in the game. Athena is a very valuable team leader to have. Her ultimate has 2 Two Pronged Attacks which means you can easily defeat monsters with 100,000 defense just by matching 4 yellow orbs and a few combos.
at October 25, 2017

I have the hunch that you’re hooked to this mobile game, am I wrong, pal ??? =P... And I said that this character had a very ancient greek style in her attire, everything made sense when you mentioned that her name in the game was Athena... I find this piece very appealing and bearing in mind the price point, I think is great value for your money; I mean, this item has many details and I’m sure that many of them were hand-painted, because tampos have several limitations in this kind of intricate surfaces and size of figures... =D

>> Chrismandesign
I’m not a big fan of the game but somehow the warrior characters drawn my likings and each one keep getting better!

Bro, you must be very good in this game..