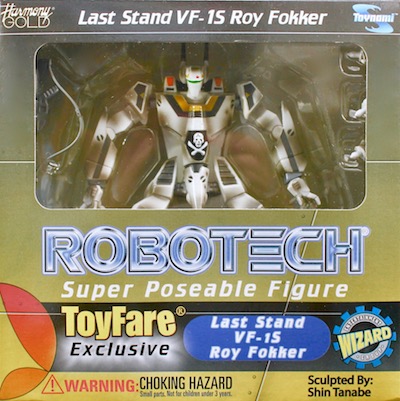 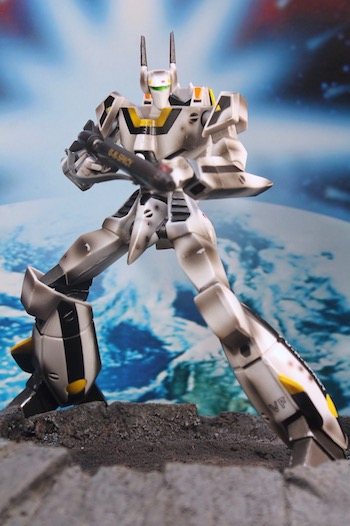 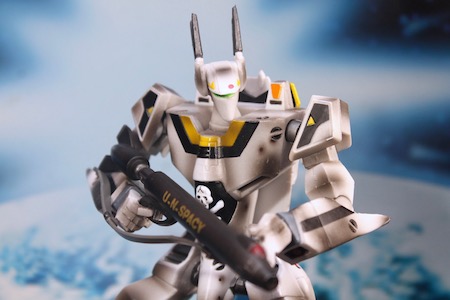 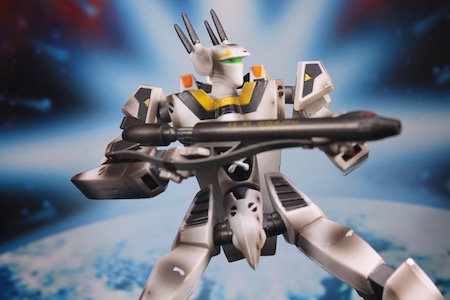 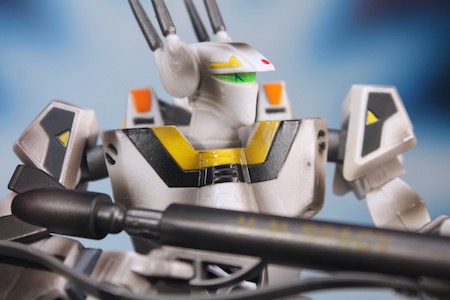 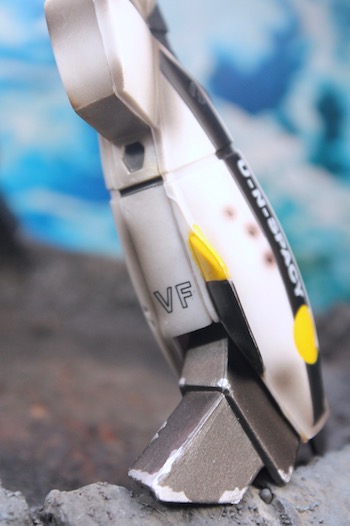 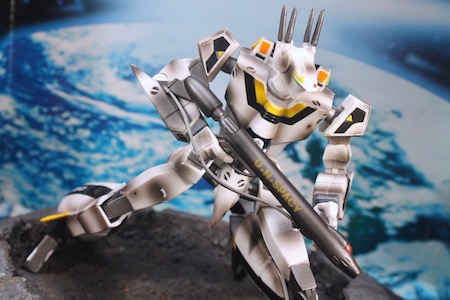 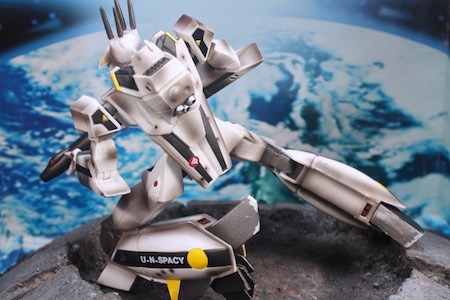 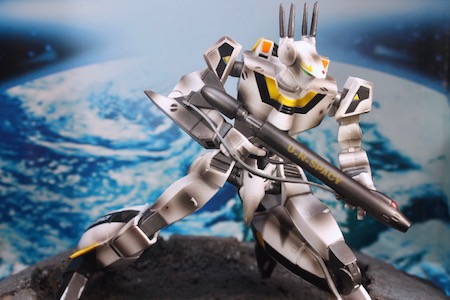 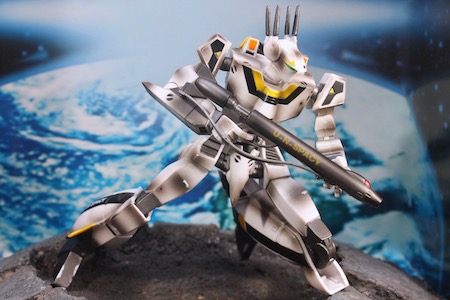 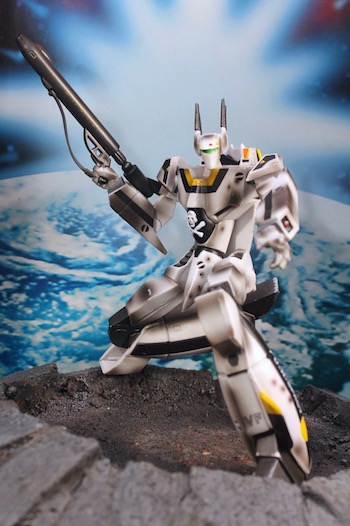 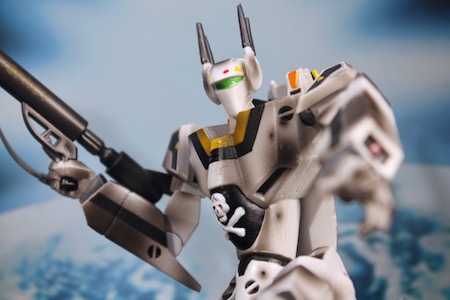 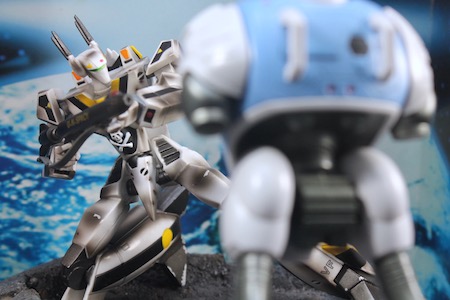 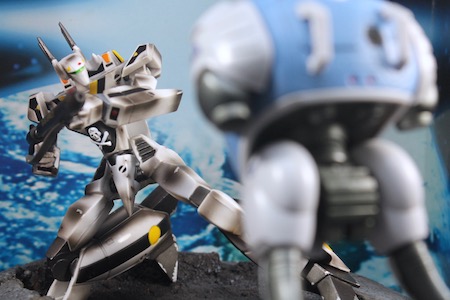 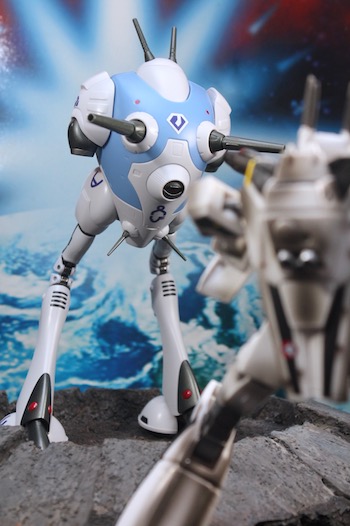 Released in 2001 by Toynami, Robotech VF-1S Roy Fokker (Last Stand) Super Posable 6" Figure was released as a 'ToyFare' exclusive repacked in with more premium box packaging rather than blister card in their earlier normal releases. Figure was sculpted by Shin Tanabe. Includes Telescoping Rifle Gun Weapon and 5 interchangeable hands. It is painted in battle damaged with black weathering and silver paints at some edges. On close-up on the head, the visor was painted with crack line.

Though Toynami was marketing this line of Robotech non transformable figures as "Super Posable", these figures don't actually have many poses due to its few point of articulations. Then again, this figure was produced before revoltech technology was found. Still, this figure has a few very cool poses with its wide spreading legs and kneeling capabilities.
at August 13, 2017

For the standards of that time (2001), I would say this figure is very poseable (well, not super, but very yeah HEHEHE); I have some figures released around that time and they have even less points of articulation, not to mention that the kneeling pose you show in the pictures is virtually impossible with them... In the accessories department I can see it has a good dose, I don’t like the weathering effect that much, but it’s still a good extra for your money and I guess it’s exclusive for this Toyfare version... This mecha is a classic, even the box has that vintage style from the 80s and 90s, it looks great along with the Zentraedi Tactical Battle Pod, in combat mode !!!... =D

>> Chrismandesign
You could say that the kneel pose was quite the breakthrough back in 2001 toy technology. More like the figure was specifically suited in a few dynamite poses like kneel and leg spreading poses. I ever tried selling this figure at flea market and someone commented why the figure was so dirty and stained... Kind of what you mentioned with regards to over weathering. Much thanx to Zentraedi Tactical Battle Pod, the pics turned out desirable and yeah they complimented each other well.

This figure is awesome looking for pose. LOL

>> Leon
To certain extend, I like the poses. Think it could be better with more accurate head sculpt.

I personally think that the weathering is a bit too much but the articulation is still good..

>> Desmond
Multiple comments on the over weathering and yours definitely valid..