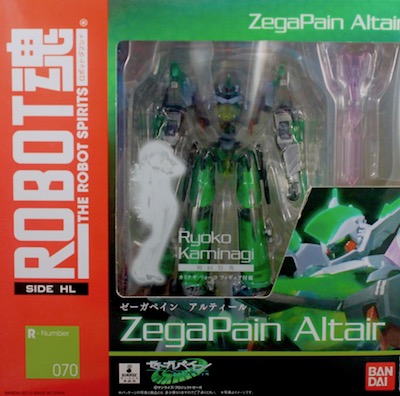 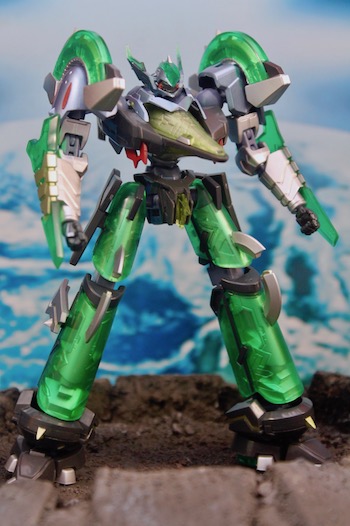 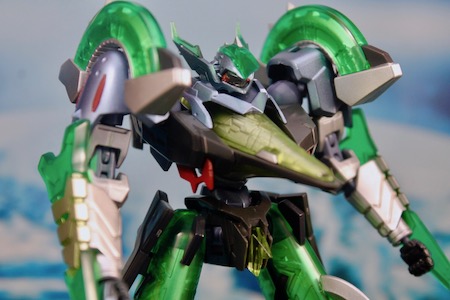 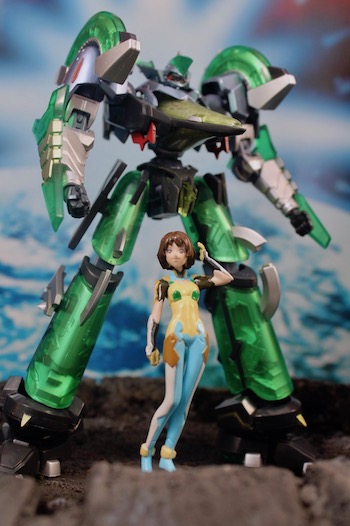 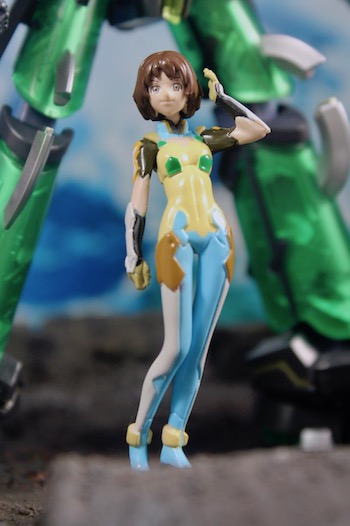 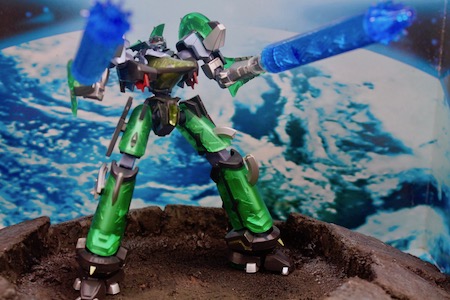 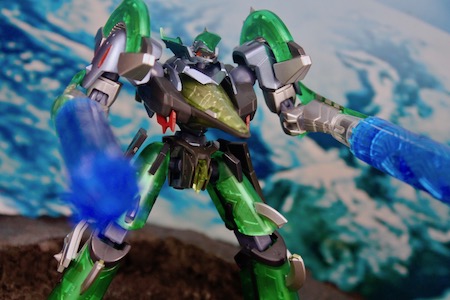 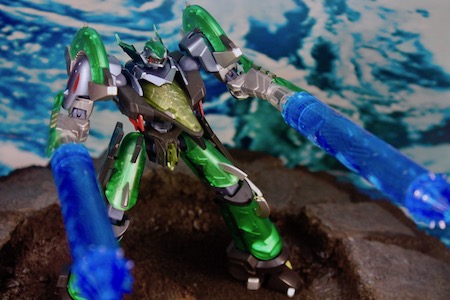 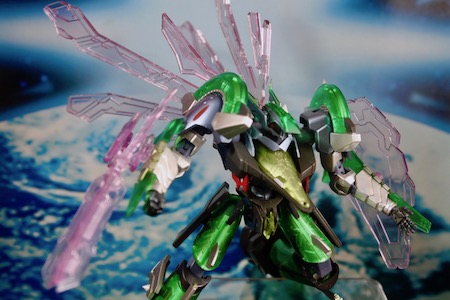 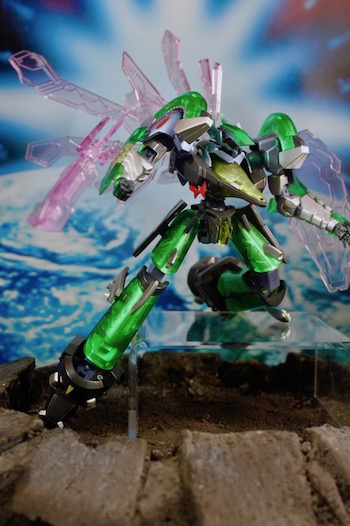 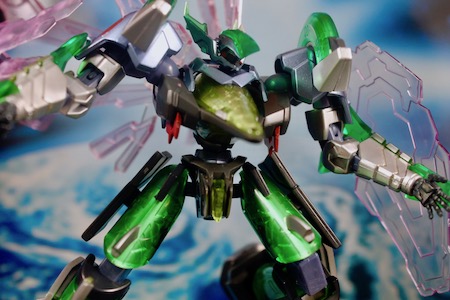 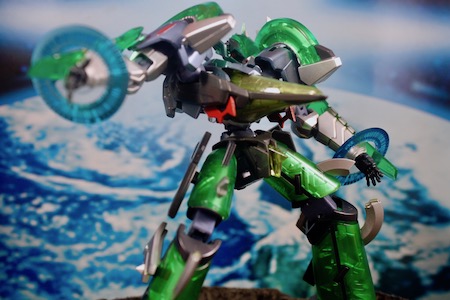 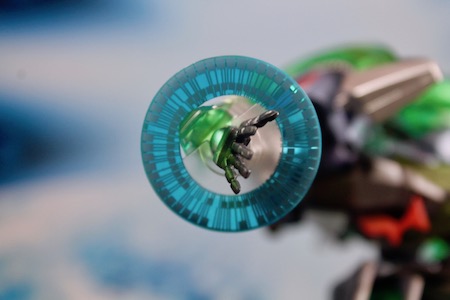 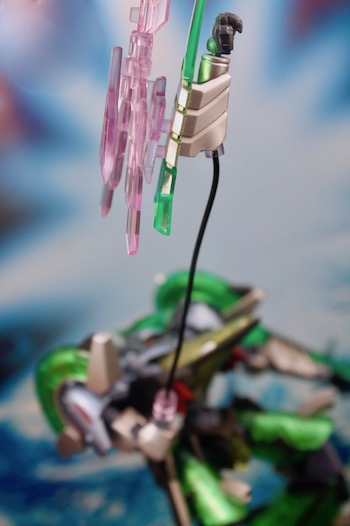 This is a mecha which I like a lot but didn't think that the anime is good enough for me to complete watching it, perhaps it's the pacing. The anime did pioneer the use of early CGI and bears nice concept of holonic and beam shot which resulted this amazing toy. Mecha for an organization known as Celebrum, giant robots in a game-like world, fighting against aliens that threaten to destroy the the real earth.

Zegapain Altair, the lead machine from the animated series 'Zegapain' joins the ranks of highly articulated and superbly detailed Robot Spirits line, just like its introduction to SRW 'Super Robot Wars. Holonic effects on generous spread of optional armaments such as the Horonic Launcher which transfers into the Horonic Blade, a Horonic Shield, Horovolt Pressure parts, and effect parts can be attached to recreate scenes from the anime.

The armour are faithfully recreated using transparent plastic on underlying chrome parts, constructed with beautiful transparent engraved pieces. Removable wrists and new Holo Bolt (blue round discs) Pressure weapon are included. As at bonus, the female protagonist, co-pilot of the Altair, Mitsuko Tasuku figure is also included to complete the Zegapain collection! The thing that the toy didn't satisfied me is that the small scale (13cm) of the toy. Another problem is the fragile wing hinge which mine broke. I'm planning to get the model kit as well as for bigger Zegapain Altair.
at July 02, 2017

OH my !!!... This mecha is wonderful !!!... Its design is absolutely brilliant, a true singularity in an industry that tends to play the "copycat game" very often; I love the contrast between metallic/pearled parts and translucent parts (what you call holonic or horonic technology, represented in the respective anime, I would say it’s holographic or something like that); the color scheme as well is very unusual... What a pity that it has a very delicate construction so you cannot play "too hard" without damaging the figure =/////... I don’t know if there is a model kit available, but if that’s the case, it would be fantastic; however, model kits use to be even more delicate than action figures so, if you’re able to get one, you should be more careful, pal !!!... =OOOOO

This mecha design is indeed unique in its own way and has strong selling points. It's probably the anime plot which didn't do justice to the success of the franchise. I bought a big scale bit of this in model kit which I would certainly preferred. Nonetheless, the Damashii version definitely hit the mark in terms of details and play value.

Bro, this robot is interesting as it has lots of transparent parts that make it looks unique and stands out. Nice figure overall :)

This look like a limited edition robot design with so many trans parts. LOL YOu even have the girl as well for your collection. Really hardcore bro!

>> Desmond
True bro! Lots of cool parts and and design very unlike other mecha design.

>> Leon
Like the miniature figure a lot. She's gg to be my model again when I assembled my model kit version.