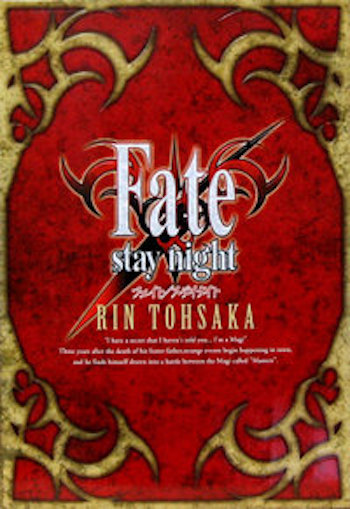 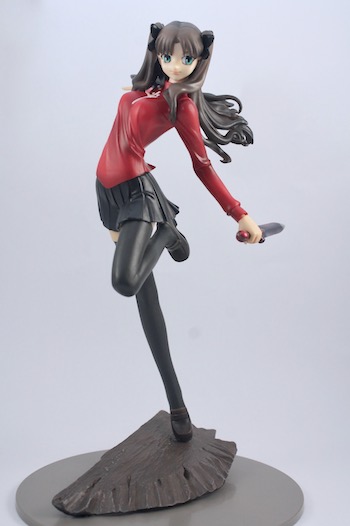 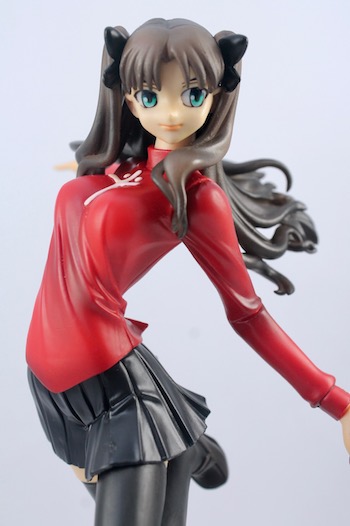 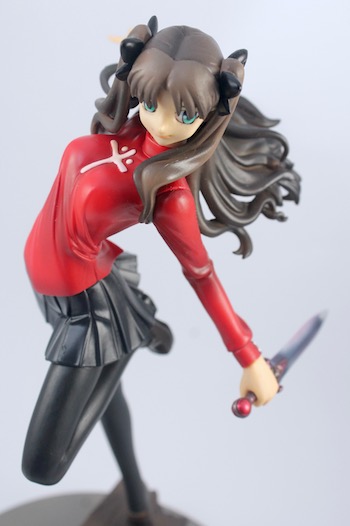 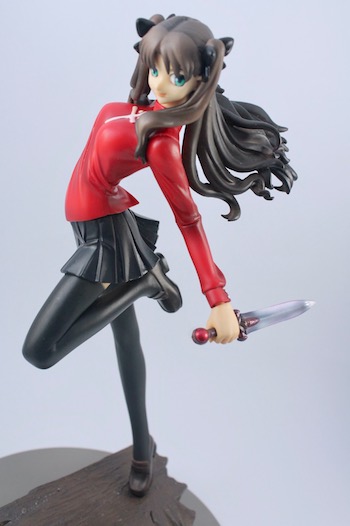 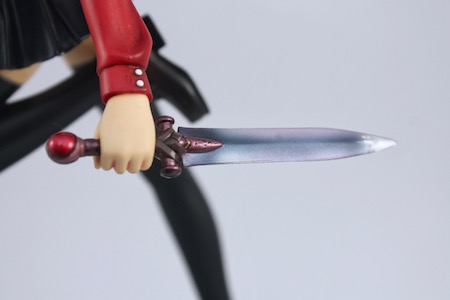 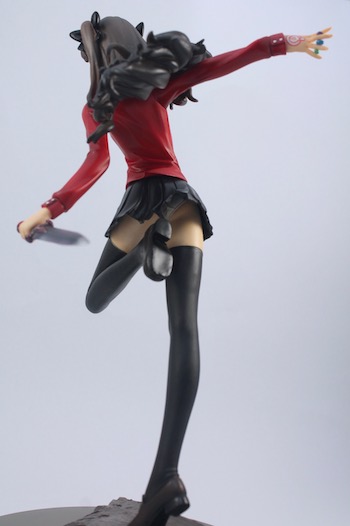 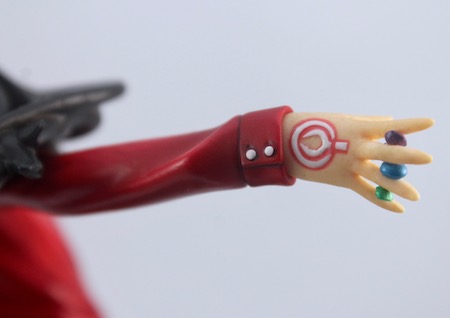 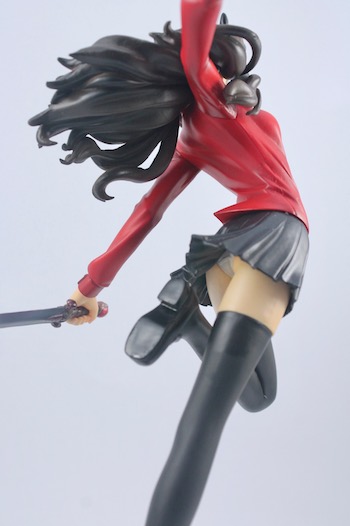 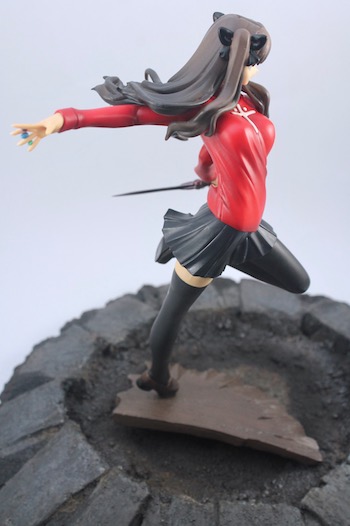 Action pose of Rin hoping on rock diorama! Not including the crater diorama.. 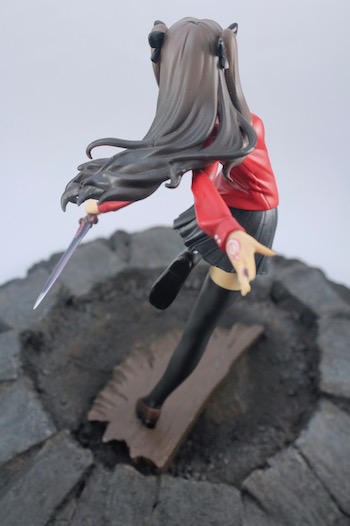 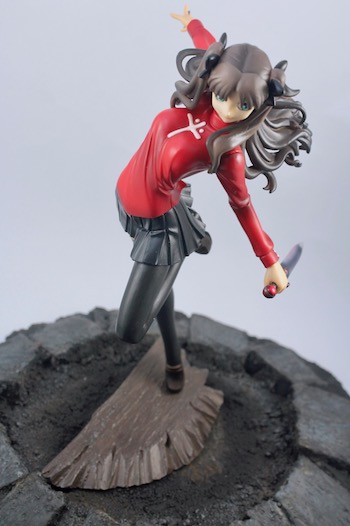 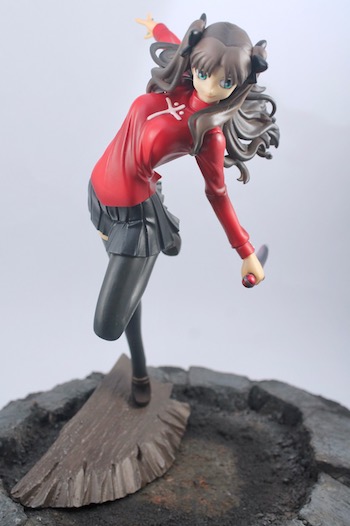 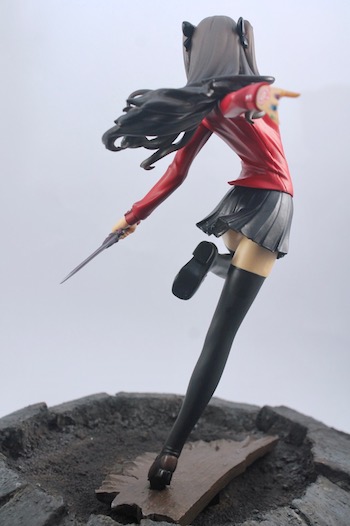 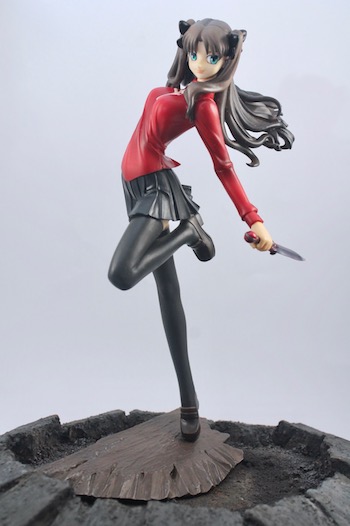 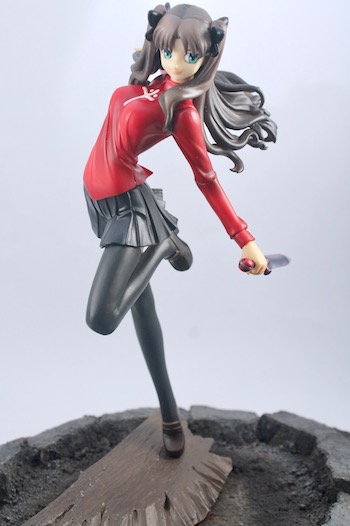 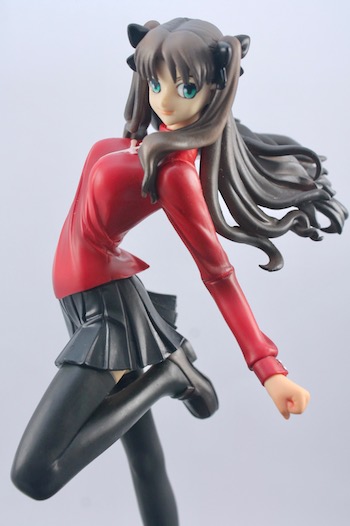 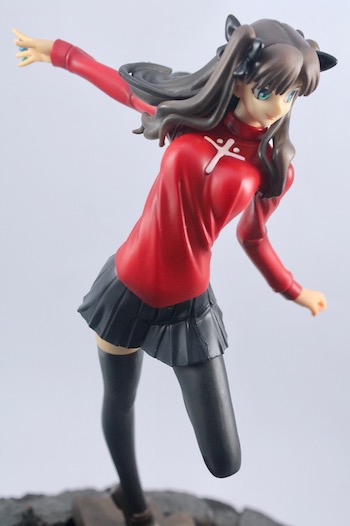 Another female protagonist from Fate/Stay Night, Rin Tohsaka is a model student and idol of Shirō's school, Rin is secretly a sorceress and master of Archer in the 5th Holy Grail War. She is descended from a long line of sorcerers, and though lacks a formal magic education, is extremely powerful in her own right. Her father was killed in the 4th Holy Grail War, and she has trained since his death to succeed him. She is perceptive, resourceful and avidly competitive.

This figure statue was released by ebCraft EnterBrain, in 2006 and sculpted by French Doll (Cerberus Project). Pretty tall figure that stands approximately 20cm in 1/7 scale. Featuring an action pose of Rin hoping on rock diorama. Posing full of lively dynamism and facial expression that seems like someone is going to get hurt. On her right hand about to throw those magic stones and her left hand grabbing her dagger. There is an optional left hand to swap off the dagger holding hand. I'm impressed with the quality of the figure, just that I feel that the face sculpt seems a bit off from how Rin is in the anime. Maybe the eyes were painted bigger in this release.
at June 04, 2017

Uhmmm, if she were just a female warrior, with skills in close combat (which you can assume looking at her dagger), she wouldn’t had a chance against an enemy armed with a full size sword; of course, unless she were a surreptitious murderess, of the kind of assassin’s creed... Buuuuuuut, she’s also a sorcerer and let’s say that it gives her a high grade of dangerousness, specially considering that her father was murdered... Since I have not seen the respective anime series, I only can guess by the expression of her face in this statue, that her gullibility hides an intense desire of revenge, correct me if I’m wrong, pal... =D

>> Chrismandesign
I seldom see her used the dagger, mainly using those magic stones, throwing them like explosives. She's usually on the side line with Archer doing the fight. Master don't really stand against Heroes during frontal confrontations.

Bro, it seems like her left eye is much bigger than her right one :)

>> Desmond
I think they make better Saber than Rin.