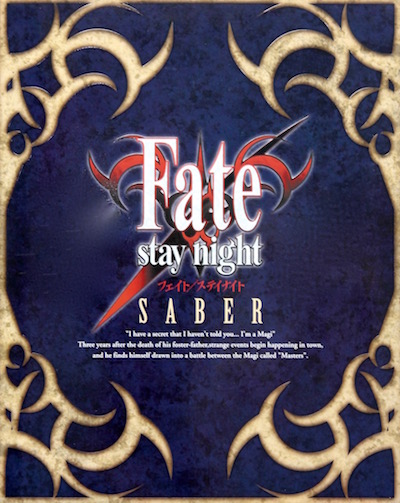 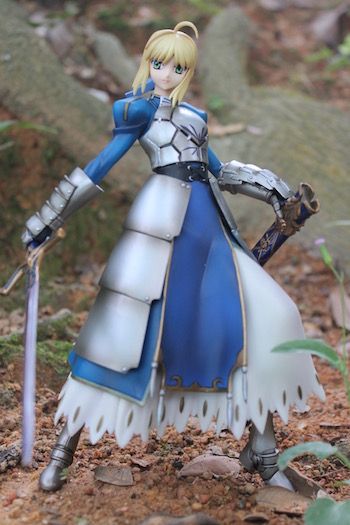 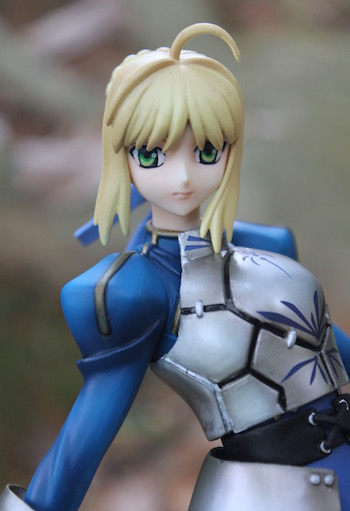 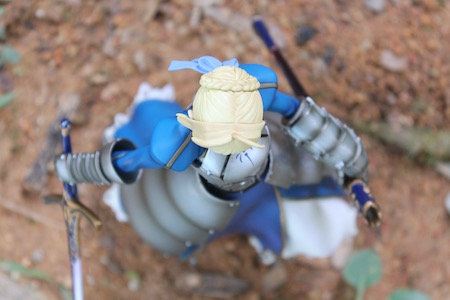 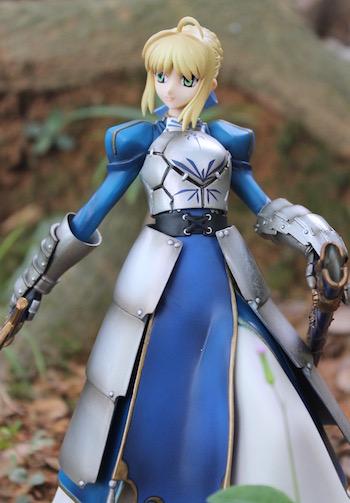 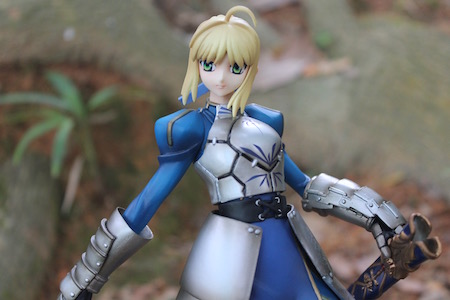 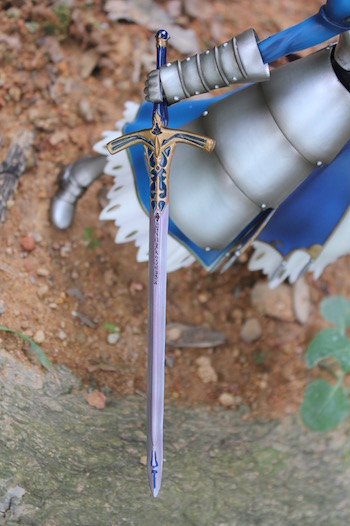 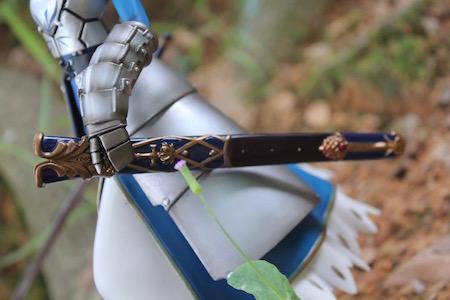 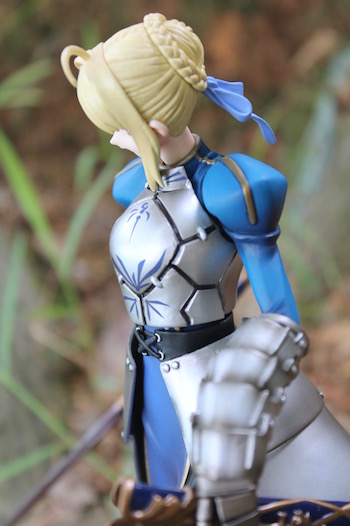 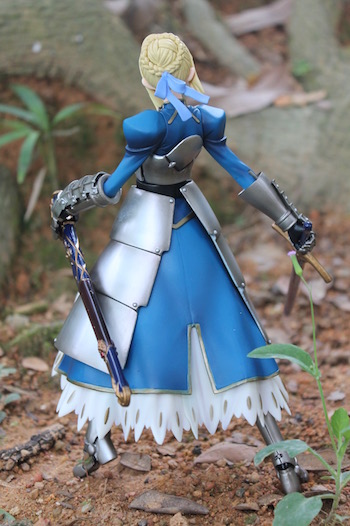 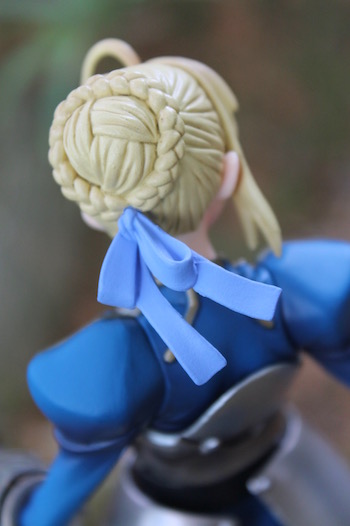 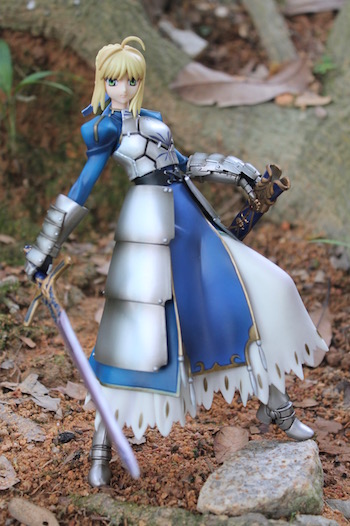 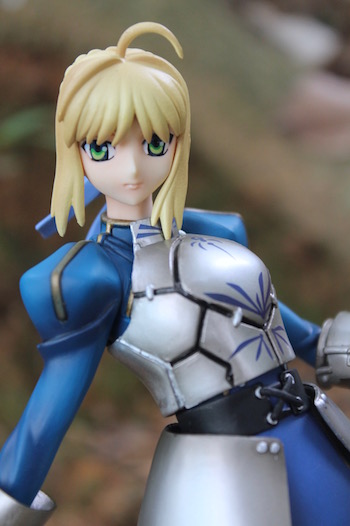 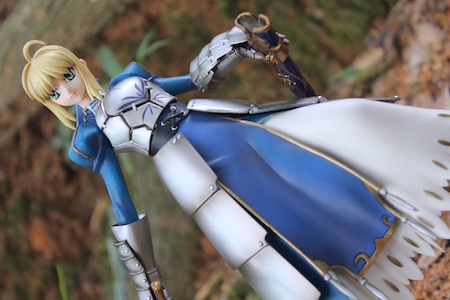 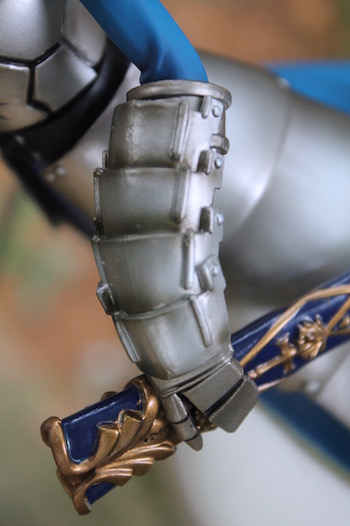 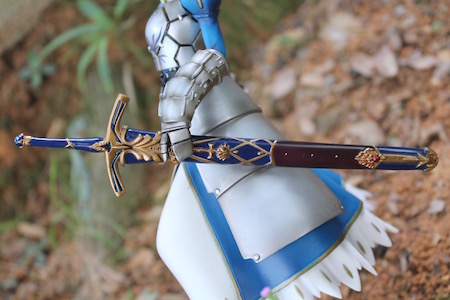 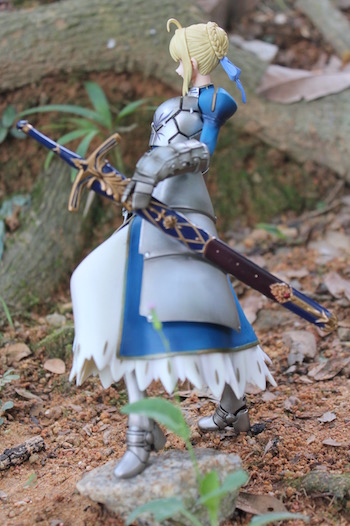 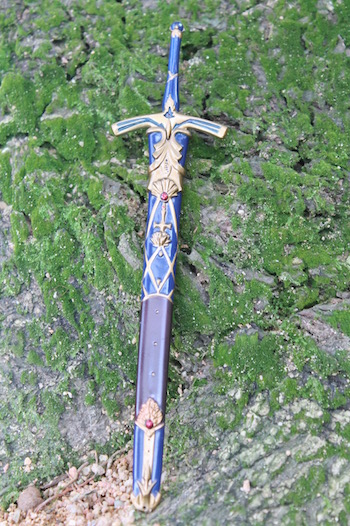 Ladies and gentlemen, we are now serving the signature dish from Fate/Stay Night with the female version of legendary hero King Arthur. She is the "Once and Future King" and a legendary hero of Britain known as the King of Knights.

"I have a secret that I haven't told you... I'm a mage" Three years after the death of Shirou Emiya's foster-father, strange events begin happening in town and he finds himself drawn into a battle between the Magi called 'Master'". He later became the master of Saber during the Fifth Holy Grail War. It's printed on the box to give you a rough idea of the anime.

Non poseable however outstanding sculpt, the 1/7 scale (22cm) by Enterbrain in 2006 stands steadily, definitely one of the first premium Saber figures that stand against the test of time. 'Good Smile' had released figures of the three protagonists in this timeline, mainly Archer, Saber and Rin. Sculpted by FrenchDoll (CerberusProject) using PVC and ABS material.

The box housing of the figure come in a concept of book with the cover held by velcro to flip open to see the content inside. The body plate and gauntlets looks great were nicely painted with lots of realism like the metal tarnishes. Different tones and shades on the pony-tailed hair could also be seen. The adorable and innocence facial clearly shown, fair complexion and big green round eyes.

The figure came with an oval stand but amazingly, it able to hold up even without the stand. The gimmick of the set would surely be the magical 'Excalibur' sword which could be drawn out from the sheath. Check out the details on the sheath! Saber could held the sheath on the left hand and the sword on the other hand.
at March 19, 2017

For a statue that was produced 10 years ago or so, the quality achieved here is outstanding !!!... There was indeed a very nice work in the armor, the shades in the paint job help to create the feeling of metal, but the sheath, sword and hairstyle have an even greater deal of detail in the sculpt !!!... I love that blue and golden Excalibur, a perfect color scheme to represent majesty and somehow integrity, albeit a knight and mage is certainly an uncommon combination,... In the western knight tales, these roles were personified by two characters apart, I guess it’s a twist of the japanese imaginery !!!... =D

>> Chrismandesign
Yes bro, I impressed by the quality and in fact this is a better piece of Saber in my collection. The sword was well made indeed. Japanese anime sure adds a lot more fantasy to more than just knight.

>> Desmond
Though the figure was an old reproduction. The sculpt especially on the sword still stands strong against time.