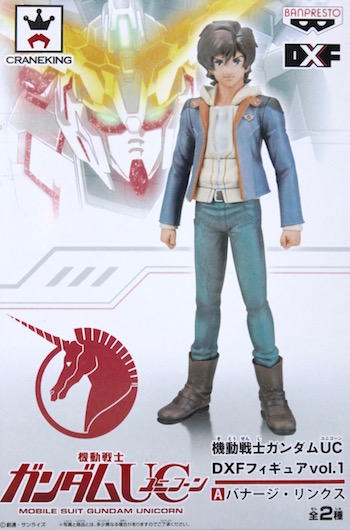 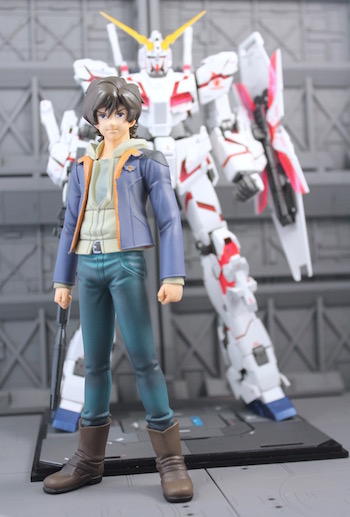 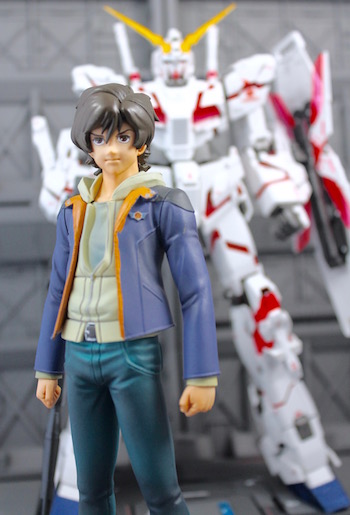 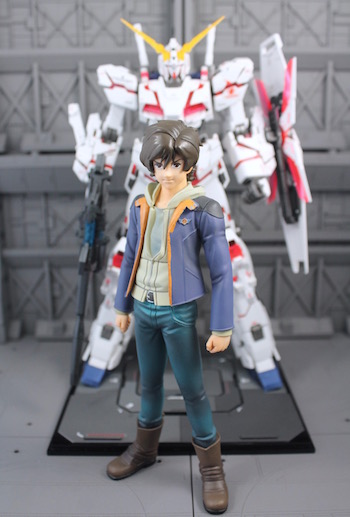 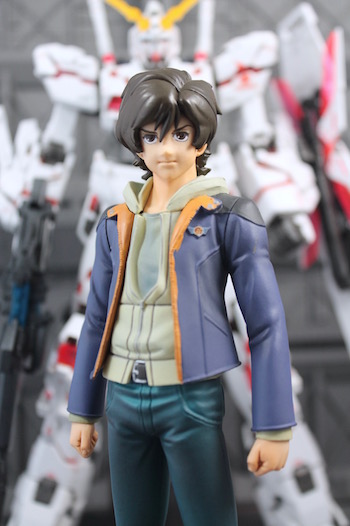 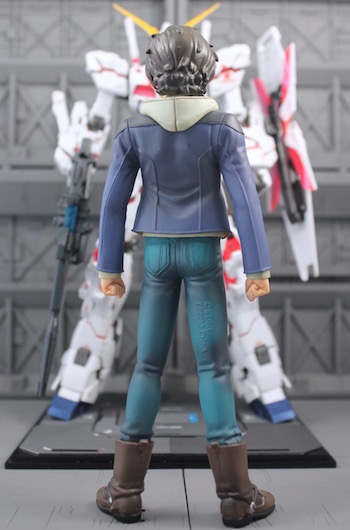 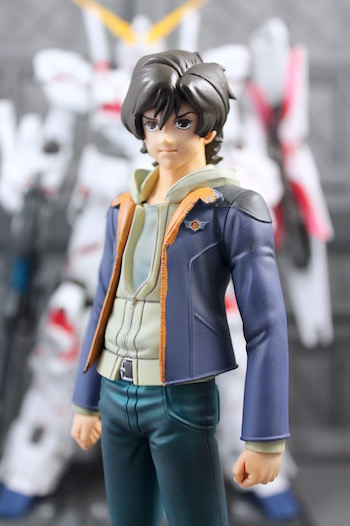 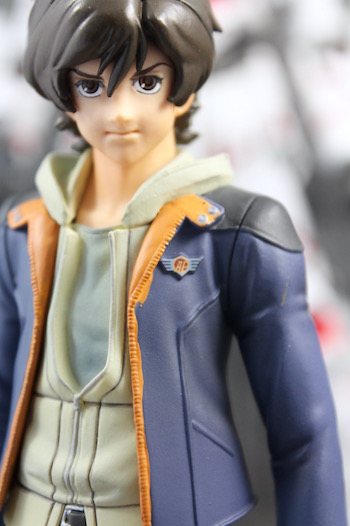 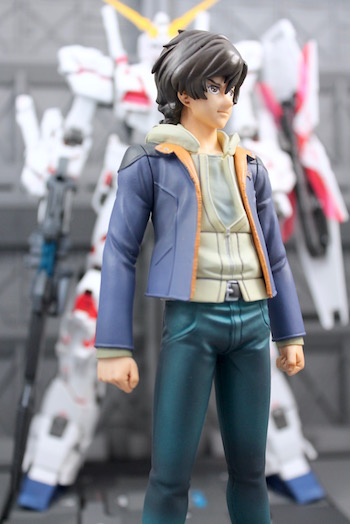 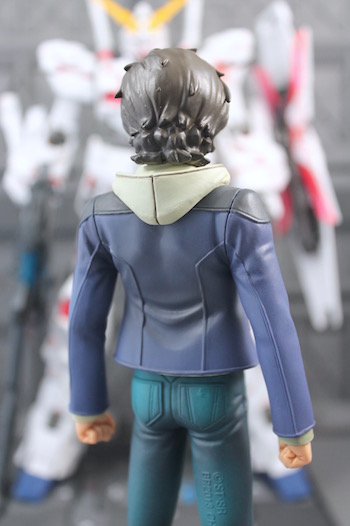 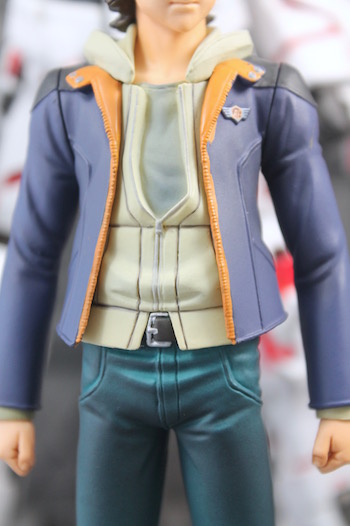 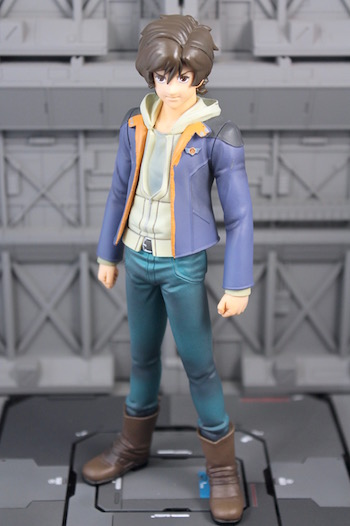 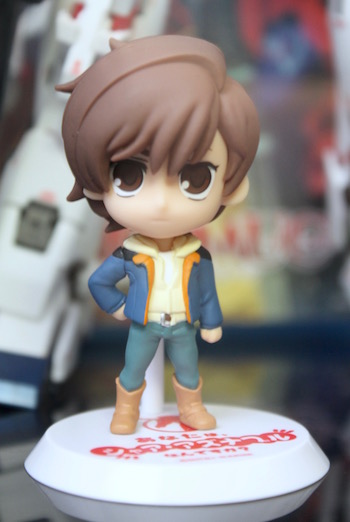 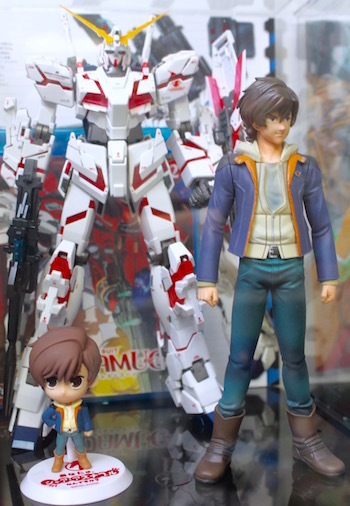 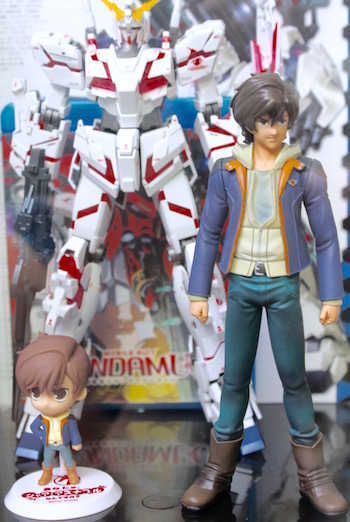 The thing I like about Banpresto is that they actually bother to make figurines of male Gundam pilots while other companies mostly rushed into sculpting female protagonist. This line of U.C DXF, I supposed was manned from UFO catcher machine, Crane King prize figure, was introduced as a pair consisting of Banagher Links and Full Frontal.

Without introduction, Banagher Links バナージ・リンクス, is the main protagonist of the Mobile Suit Gundam Unicorn novel and its OVA adapation. He possessed tremendous New-Type ability which most comparable pilot to his tailored built RX-0 Unicorn Gundam. I only settled for Banagher Link because I thought it would look cool standing beside my MG Unicorn Gundam. The figure is fairly tall standing approximately 18cm which is almost slightly shorter than the MG Unicorn Gundam.

I do appreciate that high degree of details like the AE insignia on the jacket. Intriguing paint works on a budget toy with different shadings. The figure can be attached at a hexagon black stand base though it hold up well on its own. I happened to bump into the petite Banagher figure during my recent Japan trip and grabbed it to further boost my display. Hopefully some company can sculpt a figure of Banagher in pilot suit.

I know very little about this Gundam novel and I haven’t seen the OVA yet, but unlike the pilot himself, the Unicorn Gundam is a super familiar mecha for me... With Banpresto you always have a great option when it comes to vinyl figures and this character is no exception; accurate sculpt and nice paint job, even the Chibi figure is a cute complement and they look very well displayed side by side with the respective mobile suit !!!... =D

>> Chrismandesign
Unicorn Gundam is highly recommended and IMHO live up to expectations and successfully brought back the glory days of U.C. Glad tha B&B Bandai give us Gunpla and Banpresto provide the novelties like figurine... etc excellent business strategies!

Not bad for a figurine that has very good sculpted expression.

>> Desmond
For a prize figure. This figure is considered pretty high quality and closely resembles the character in the anime.