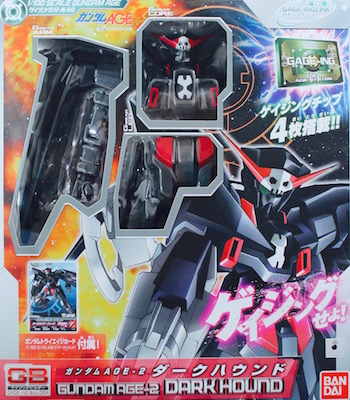 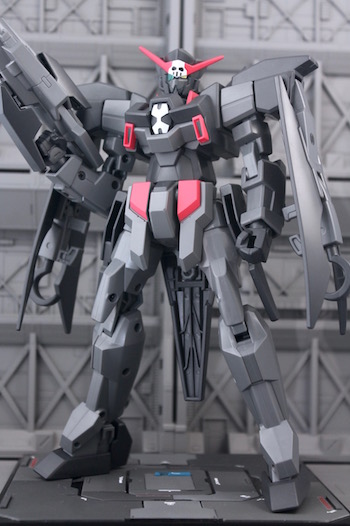 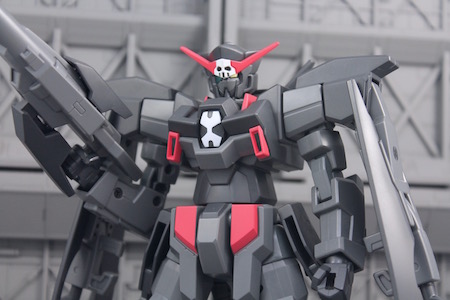 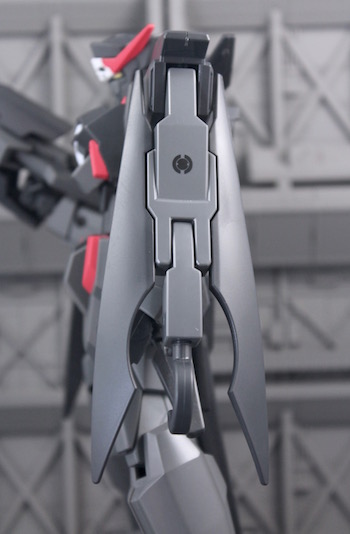 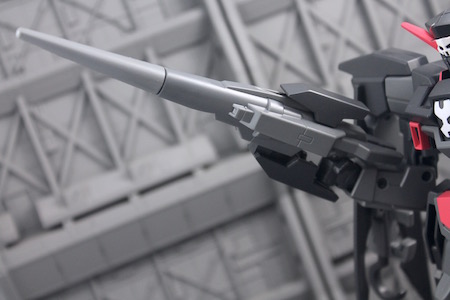 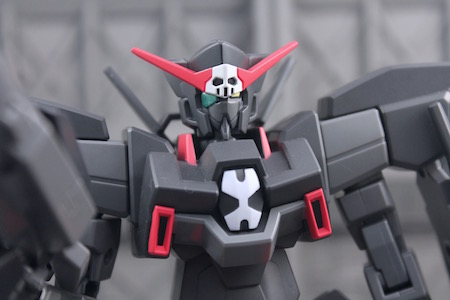 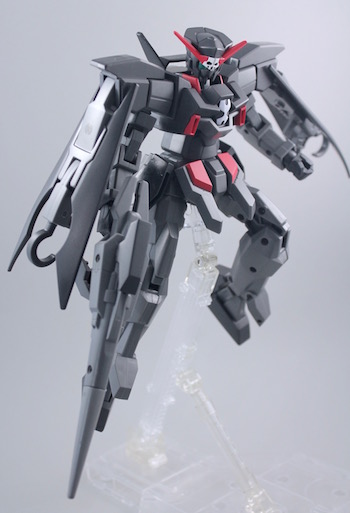 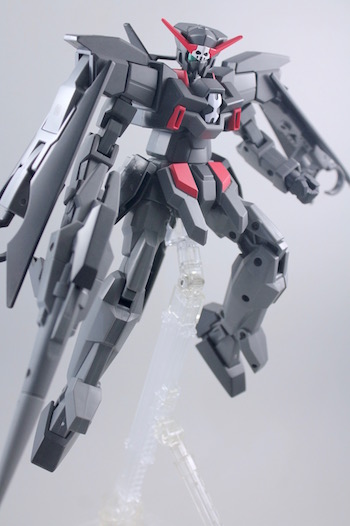 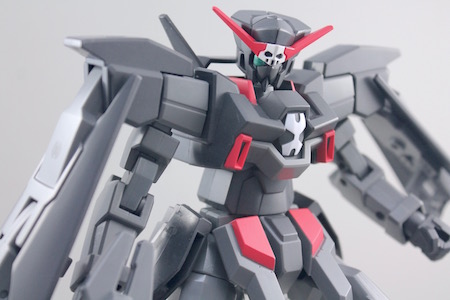 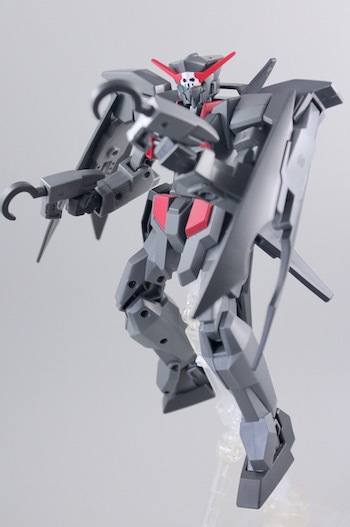 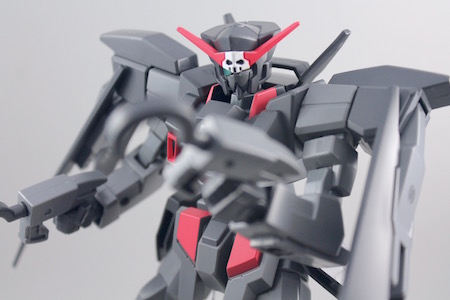 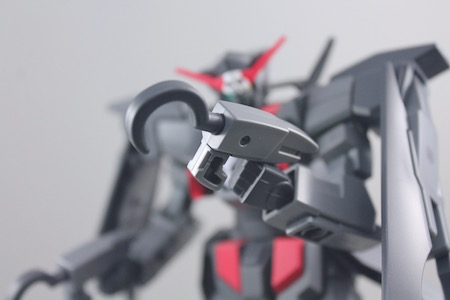 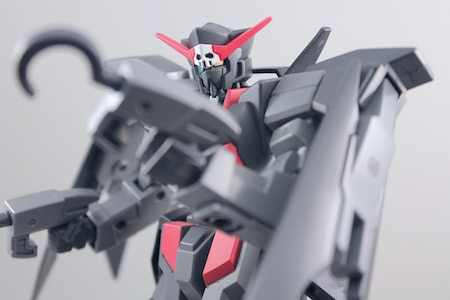 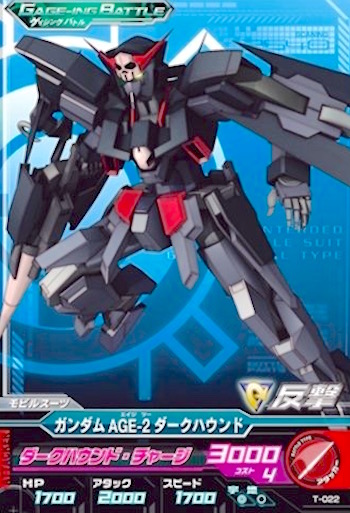 Long lost Missing-In-Action AGE-2 received a total makeover to a darker and unique space pirate style. Specializing in hand-to-hand combat and stealth mode provides low visibility to enemies as Dark Hound as the mobile suit remains as quiet as a ghost in space. The unit is piloted by the leader of the Space Pirates Bisidian, Captain Ash. In the anime, Dark Hound is fully transformable to flight mode, so is the Master Grade kit.

Gage-ing Builder Series is more simplified hence the action figure is unable to transform. Nevertheless, the great thing about the figure is that it come pre-painted and ready for play straight out from box. 1/100 scale (approximately 19cm) and action figure gave great feel of play. The two grappling hooks that look like Captain Hook, can be mounted in the shoulder binders or hand held, and beam lancer rifle.

Like other Gaging Builder series, the parts like the body, arm and legs are replaceable to mix-and-match to make you ultimate combination. I like the original form but kiddos would think other wise. AGE card of the MS included in the set. Bandai had smartly conceal the screws of the figure to the inner side and rear. The lance rifle of the figure is made less sharp for child's safety.
at May 20, 2016

HEHE... I could only say that this mobile suit reminds me a pirate, because of the skull emblem and the sort of green patch on the left, but the rest of the design doesn’t have enough "pirateness" for my taste LOLOL... Maybe it’s because I have printed in my mind the Crossbone Gundam, with its badass design and in that sense I’m kinda biased =P... This line certainly has its charm, with the interchangeable parts, that potentiates the fun factor and still has good quality and sturdy construction for play and display !!!... =D

>> Chrismandesign
It's true that the pirateness concept had been deeply casted in us previously by Crossbone Gundam. I'm sure Dark Hound has its beauty as well. The difference between kit and action figure is definitely the sturdiness and playability!

The overall colour scheme is nice..

>> Desmond
The grey and black give it a stealth appearance which make it badass.

Subsequently, after spending many hours on the internet at last We\'ve uncovered an individual that definitely does know what they are discussing many thanks a great deal wonderful post.
toys opening

Thank you for the comment. Have a good day : )