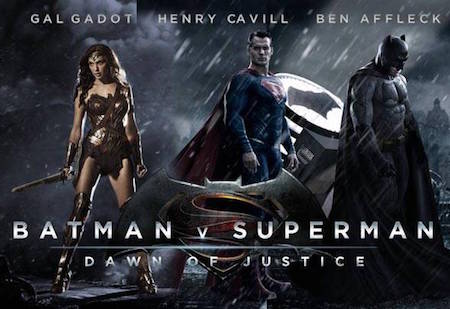 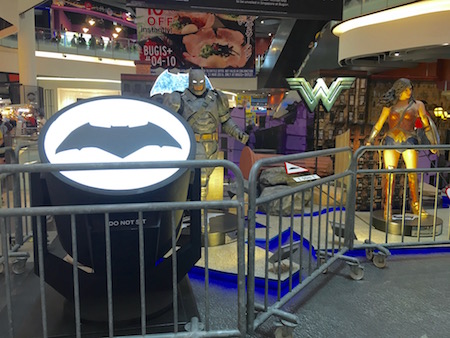 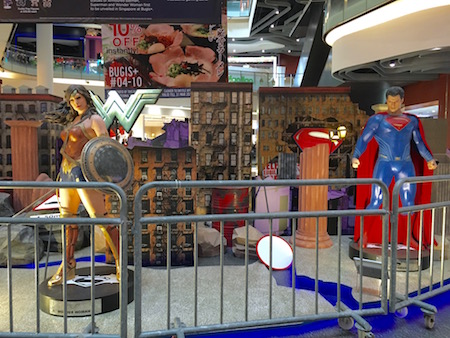 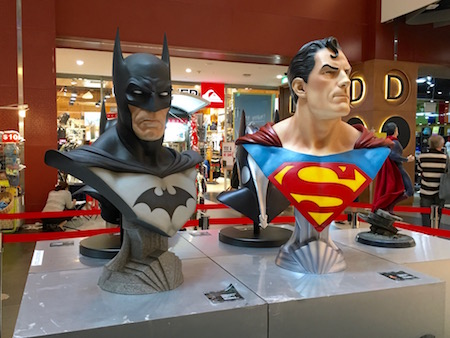 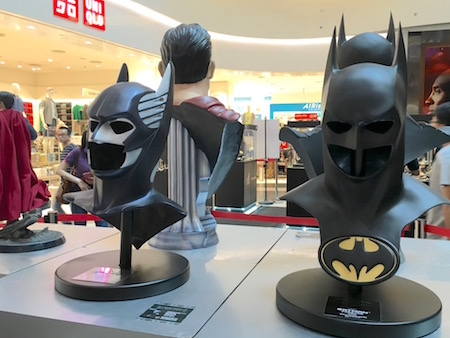 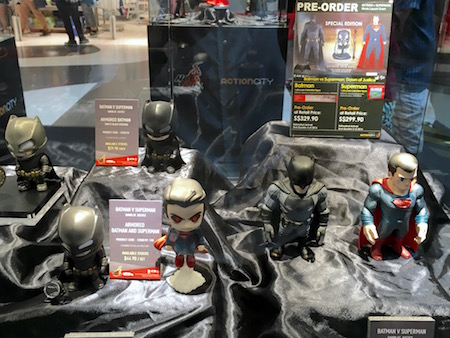 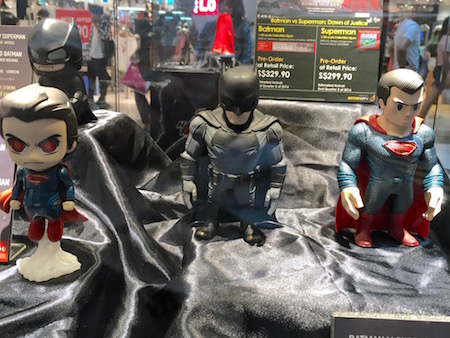 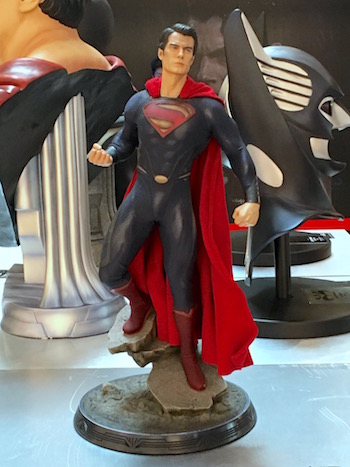 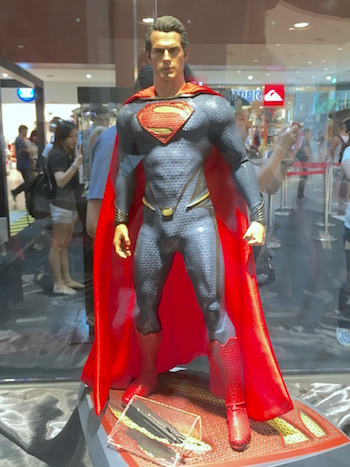 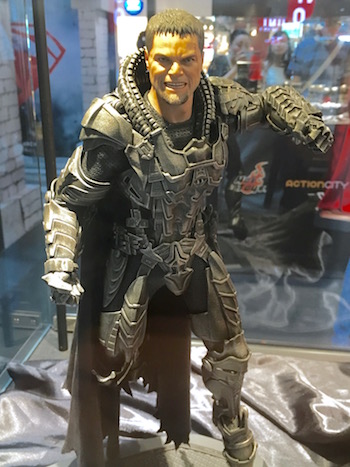 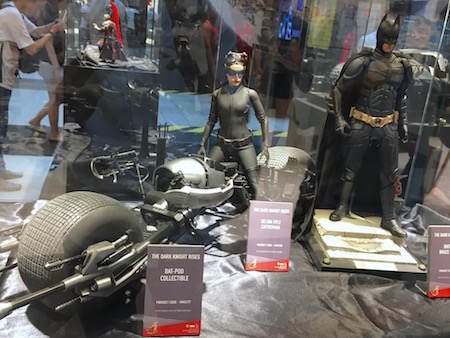 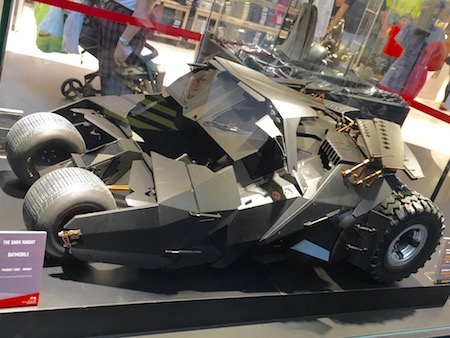 Catchy title of both iconic superheroes from D.C comic facing off. Yeah! I can tell from the cape! So much on stating the obvious. Check out the parody video attached. Dawn of Justice suggesting the soon unfolding of Justice League. The roles are well-casted especially Ben Affleck as Bruce Wayne. As expected, the plot is more serious, darker and escalation of events with just a little corny moment when Wonder Woman finally showed up in the fight. It seems that Wonder Woman would later have her own movie as her identity and came-about still remains rather mysterious. Before watching the movie, I had also took some pics of exhibits displayed at Bugis Plus in promotion of the movie. Life-sized statues of the three Super friends and merchandises, exhibited by 'Action City' and 'G&B Comic'.

This is definitely a movie I have to watch, regardless the good or bad reviews it could have and I’m pretty sure it will have armies of detractors and flatterers... Despite the similarities between comics and movies (or mangas and anime series or movies), they will never be the same; I’m ready to be surprised !!!... =D

>> Chrismandesign
It's true that people can say what they want if it good or bad. I don't care as I brought my family to watch cos I think I will like and its indeed a good movie. Not to mention the epic battle between Superman and Batman. This is the type of movie which we need the cinematic experience to truly enjoy it.

>> Desmond
Undeniably true! More reason to to watch this movie and more D.C movies on Wonder Woman to come!