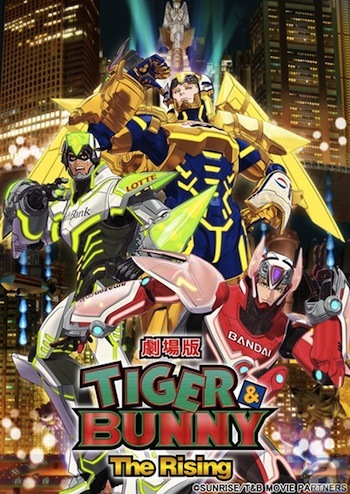 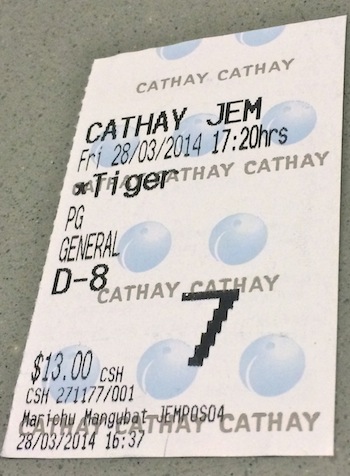 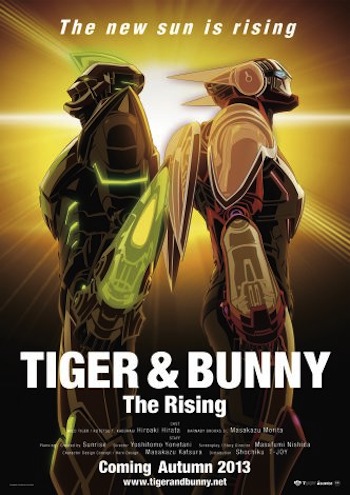 Just caught Tiger & Bunny - The Rising at Cathay cinema yesterday together with Stanley. I remember watching the first T&B movie together with Alfred months back. Anyway, Tiger & Bunny - The Rising was released in Japan some time in February this year but it's better to be late than never. I was told by Stanley that Cathay had brought the movie to audiences in Singapore in collaboration with AFA and I also saw Odex' involvement screen clip before the start of the movie. From my observation, there weren't many people in the smaller scale cinema likely due to the odd showtime. It happened to my off day and Stanley had took time off from office hour to catch this Friday afternoon 5.20pm timing.

Unlike the previous T&B movies which are side stories in between the main plot, 'The Rising' continued from where the series ended to how T&B rebounded back from 2nd league even after Tiger's power had reduced to only 1 minute unleash. The movie had a few moments which fished out hilarious part of the series and cleverly brought some new moves to the heroes. One hero 'Great Ryan' was introduced in the movie intendedly as Bunny's new partner but we all know that Kotetsu Tiger san is just irreplaceable. Entertaining movie whereby each hero were given almost the equal attention plus new sponsors like Lotte & Banpresto. Bonjour Heroes ^_^

Synopsis - The city of Stern Bild is protected by corporate superheroes known as NEXT, who fight crime while promoting their sponsors on the popular show "HERO TV." Veteran hero Wild Tiger relies on his years of experience and instincts to fight crime, but his tendency to destroy public property for the sake of protecting the lives of the innocent has earned him the nickname "Crusher for Justice." Now, under orders from his new employer, Wild Tiger finds himself forced to team up with Barnaby Brooks Jr., a rookie with an attitude. Two polar opposites work to fight evil in this thrilling buddy-hero action series!

a reality in the form of an anime is one hell of an irony for me... we rant many times about the banality of realities, personally i prefer to watch other kind of TV programs instead... but they are indeed, a good source to criticize our establishment, the way we see our world through the eyes of the tragedies and comedies in the life of the others... i think i will give a chance to this series, perhaps it will surprise me... =)

I really agreed with certain anime portraying the fact of life and on the other hand we laughing at ourselves in the things many act and do in our daily living.