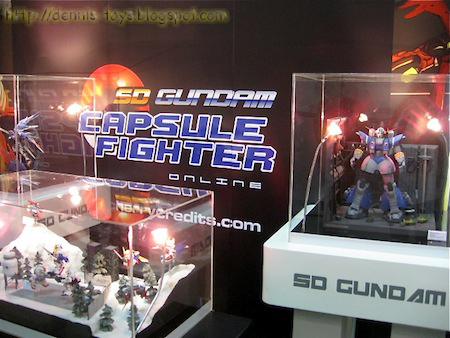 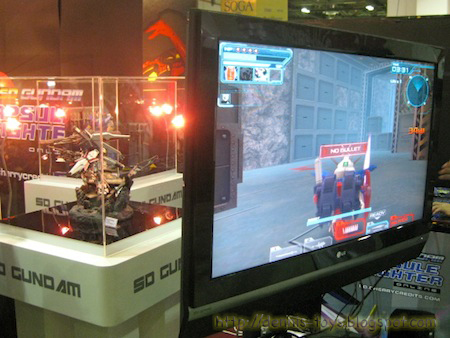 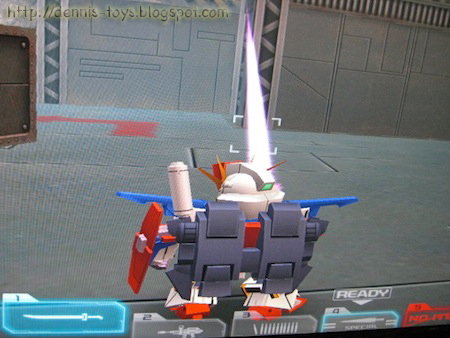 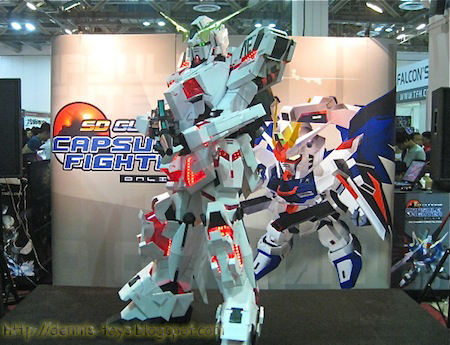 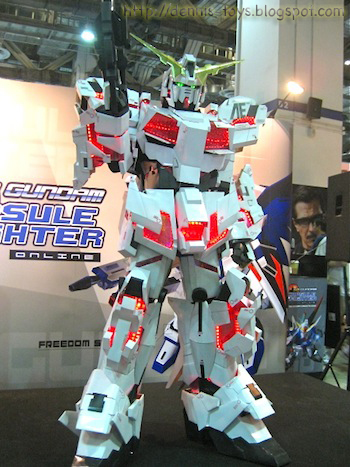 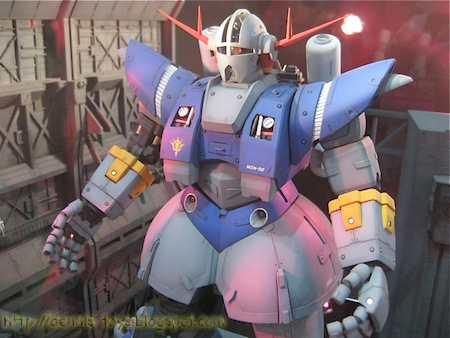 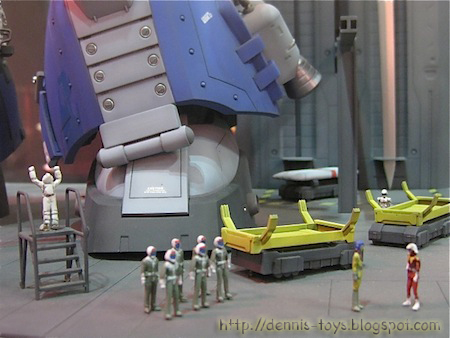 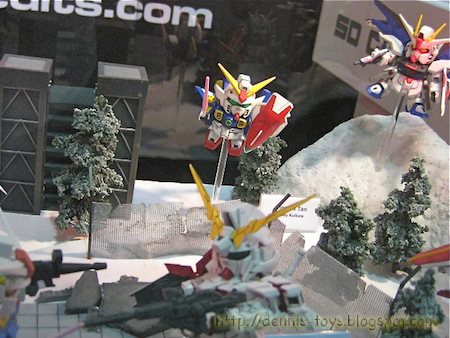 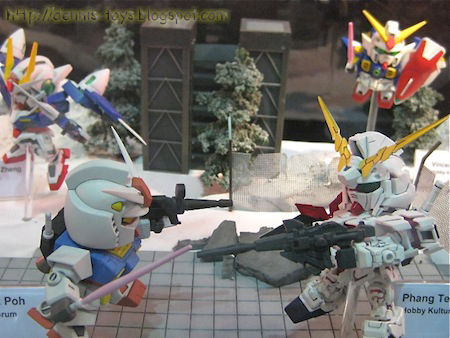 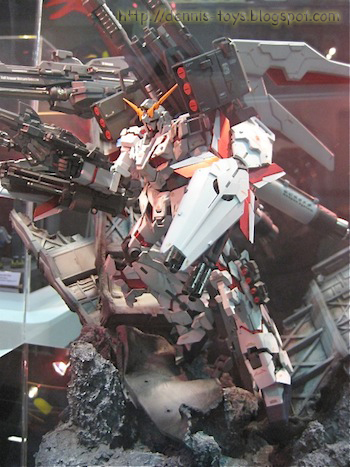 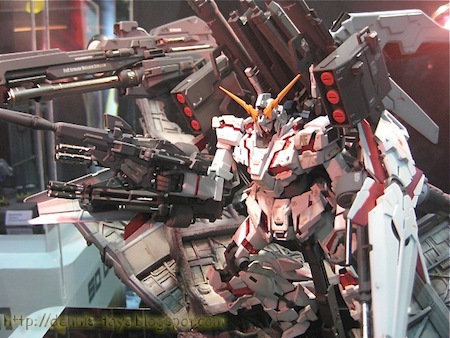 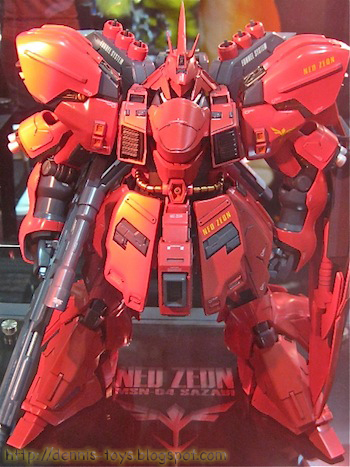 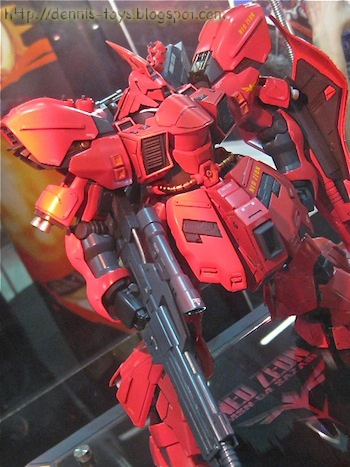 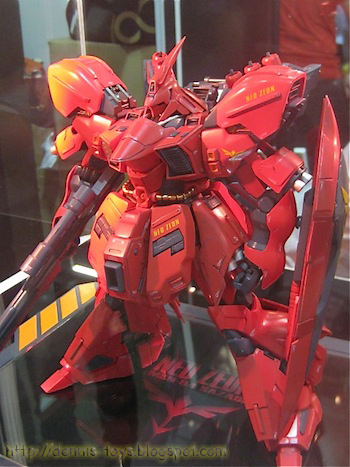 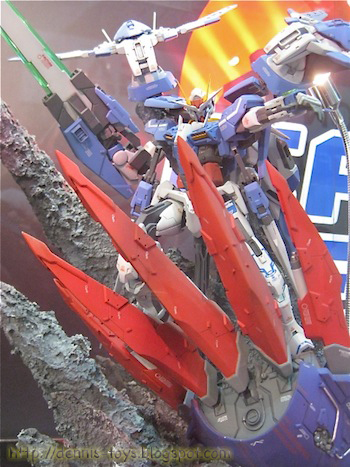 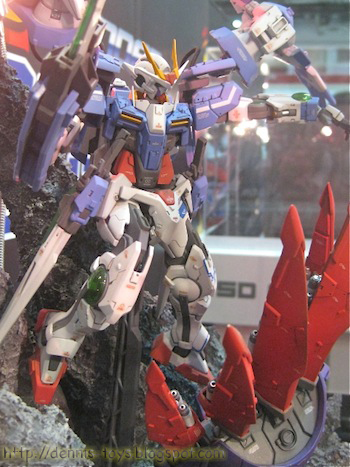 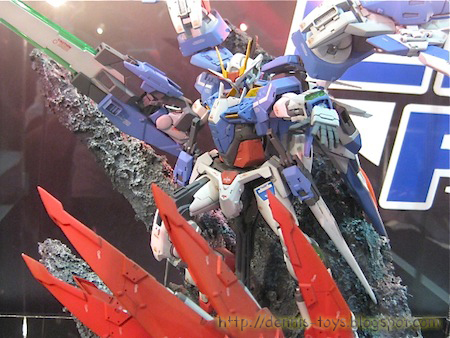 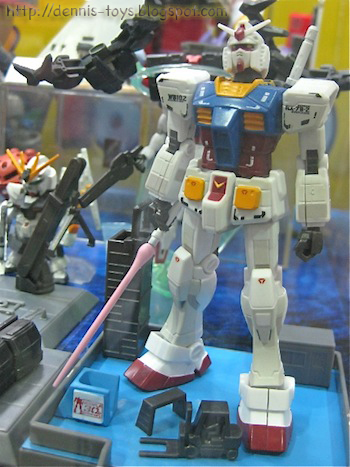 
So, what were the Gundam stuffs been sighted at this year STGCC. Not many on sale apart from some Gunpla (random stores), trading figures (on sale and display by 'Adventures In Kitsch OZZO and Past Time Collectable') and MSIA at budget corner of 'Simple Toys' booth.

Still, there were interesting Gundam sights especially the awesome Unicorn Gundam cosplay with LED eyes and those destroy mode red penals. The appearance of this splendid Gundam cosplay had  drawn crowd to the promotion booth of 'SD Gundam Capsule Fighter' online game which is FOC upon registration.

There were also diorama of SD Gundams fighting their way of justice and Gunpla display of artifacts by done by previous GBWC winners in Singapore.

I would also like to take this opportunity to update you that 'Gunpla Expo Singapore 2012' is still on going @ NEX shopping centre, however going to end this weekends. Be sure that Unicorn Gundam cosplay would be there and it's the last chance for you to catch the biggest Gunpla event with exotic Gunpla on showcase in Singapore. If it's impossible for you to go, do check out the my postings on 'Gunpla Expo Singapore 2012'. A total of 9 postings with over 200 pics...

WOW - really a lot of stuff and it looks like you had a blast. We appreciate you sharing with us that are way to far away to get there ourselves.

Due to the close proximity of these two important events, I had to update my postings on overdrive so some might missed out my recent postings on 'Gunpla Expo Singapore 2012'. That's why I think it's a good idea for a recap.

I glad that you like my posting and your support is always appreciated. Many thanx bluedrakon!

lot of posts !!! which means that the event had/has several approaches to cover the wider range of audience... the SEFA event in my hometown is about to begin (in October) and i’m planning to go there to have a look and i will try to make a coverage... it seems that i’m one of the few "journalist" that takes the pain to introduce it to the world HAHAHAHAHAHAHAHA... XD

>> Chrismandesign
Yup! STGCC provides a wide spectrum to toys and my next post will cover some designer toys before anime stuffs, Starwars, so and so off... I'm looking forward to your coverage on SEFA... A honorable task of showing us the toy arena at your region.

200+ only for Gunpla Expo and STGCC 2012 is double the amount taken. I'm taking it slowing on STGCC 2012 since there's no upcoming event till AFA in November.