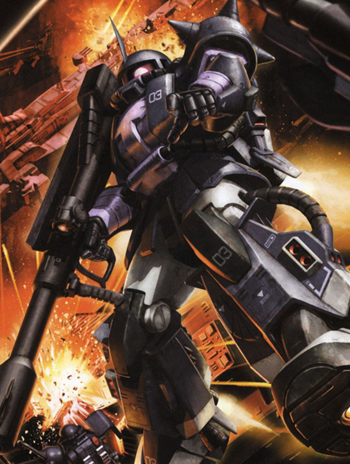 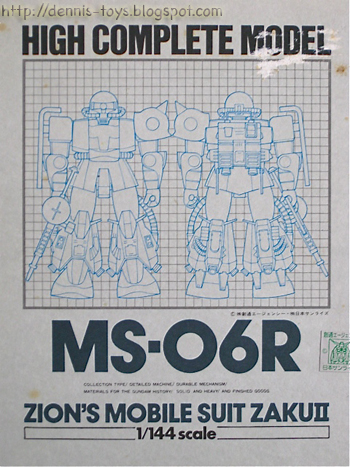 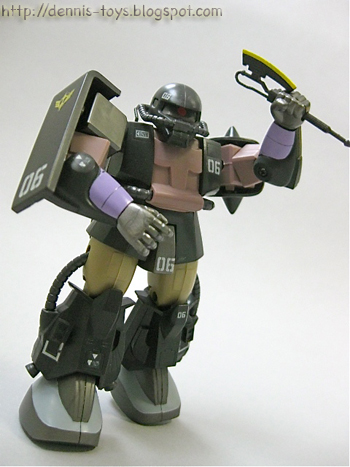 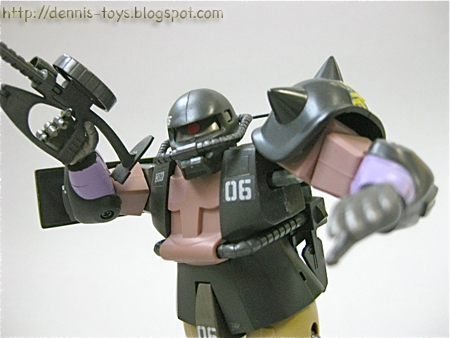 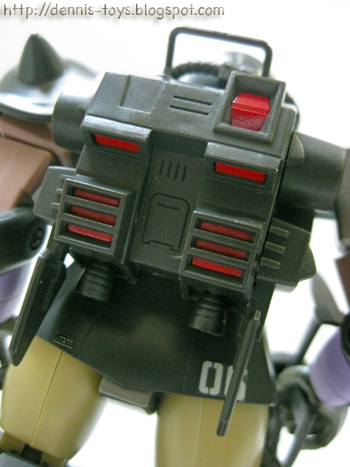 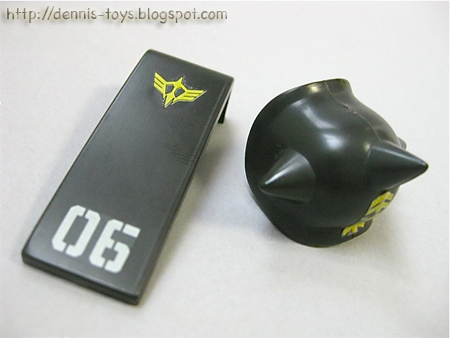 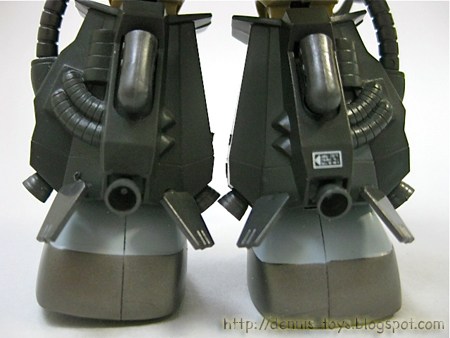 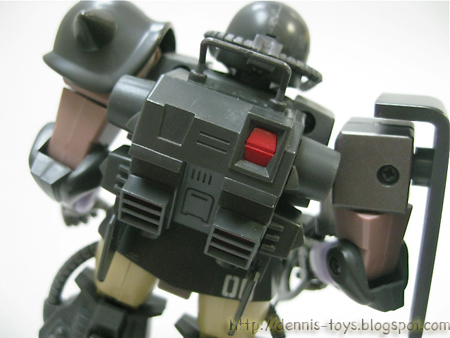 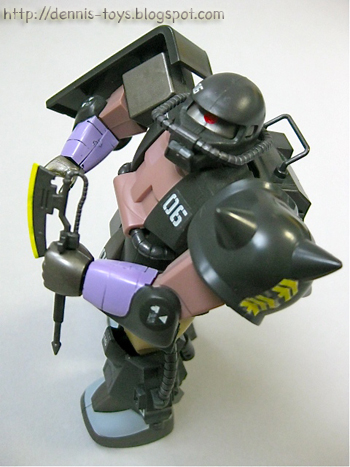 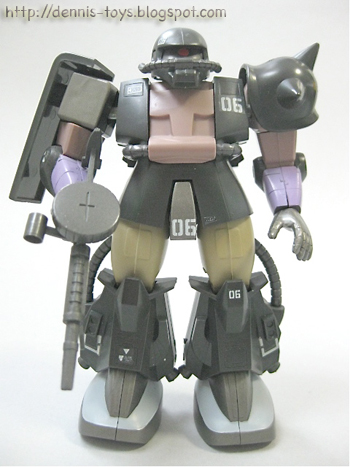 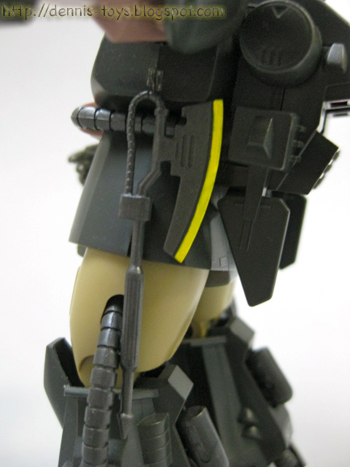 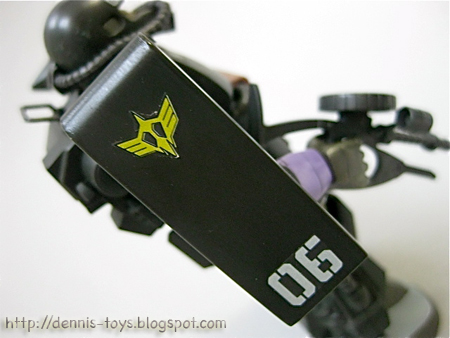 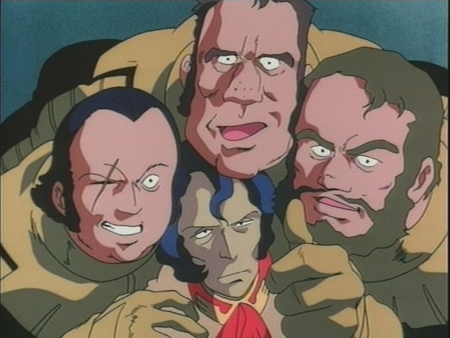 There isn't much information about the Black Tri-Stars except their appearance on the First Gundam T.V series, killing Amuro's first crush (Matilda Ajan) at Odessa and driving him really mad. For retribution, the Tri-Star were killed in their Dom. Even their famous move "Jetstream Attack" couldn't save them from the awaken 'New-type' ability. However in comparison with other ace-pilots from Zeon, they had been given considerably attention.

The Tri-Stars Zaku II custom appeared more like MSV, during the early stage of OYW, where the trio build up their reputation in space. it was said that they were responsible for the capture of Federation General Revil. I must admit that I'm not a big fan of the Zaku, so my budget set aside for Zaku is only enough for simple toy like this HCM (High Complete Model) in the scale of 1/144. This toy does has its pride, considering that it was made decades ago. It's stated on the box that this toy is 'Collection type / Detailed Machine / Durable Mechanism / Material for the Gundam History / Solid & Heavy / Finished Good'.

Been around in my house too long, there are shelf wears on the box and yellowing can be seen on the thighs of the toy whereby the area was supposedly beige. Fortunately the yellowing isn't obvious due the colour scheme of this toy, which is mainly black and purple and furthermore the yellowing seems homogenous. There's minimum articulation to the toy and it looks stocky like most vintage figures of in the 80s. I have pasted the stickers and painted the blade of the heat axe yellow to enhance its appearance.
at November 06, 2011

Haha I have this kit too, it's one of my favourite Zaku paint schemes. Too bad after moving and storage, I think I've lost some pieces from his helmet (the pipes around his mouth area) and other little bits.

Tri-Stars colour scheme indeed is unique and appealing to many. Never know purple goes well with black till you see this Zaku. Sorry to hear about the mishap to your Zaku. Sieg Zeon!

Black always give mecha that fierce look. A blessing that the toy still look decent in the condition that it's in.

This vintage toy marks a milestone to the development of Gundam toy and probably stood the test of time.

Perhaps Johnny Ridden's red custom scheme is too close to Char's and lost in in term of uniqueness. My preferred colour for a Zaku is white like Shin Matsugana aka White Wolf.

as you, i’m not precisely "sold" with the mecha design of the Zeon faction, but there are a few exceptions to the rule like the Gouf Custom, Sazabi or the Geara Zulu/Doga, which i find great... this Zaku has a color scheme that stands out and although i would prefer the MG version i agree that this old figure worthwhile and is in a very good condition after all these years =)

I used to have this series back in the day. They were a nice series and the details were always top notch.

The yellowing is always an issue with figures from that period which is sad sometimes.

>> chrismandesign
I think you have good taste from those other Zeon's mecha that you have mentioned. It true that till date, the MG version is unbeatable but with my budgeting, I'm only to settle with this.

>> bluedrakon
The pricing of the vintage HCM Gundam toys are reasonable and the quality exceeded my expectation. The design might be a old but they are toys that's good to have.