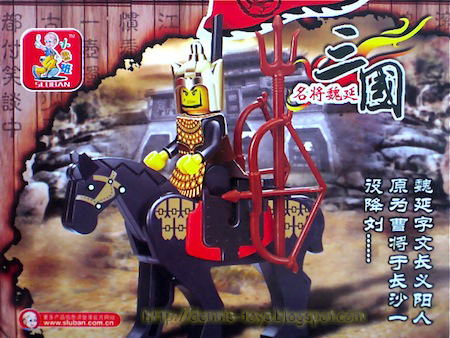 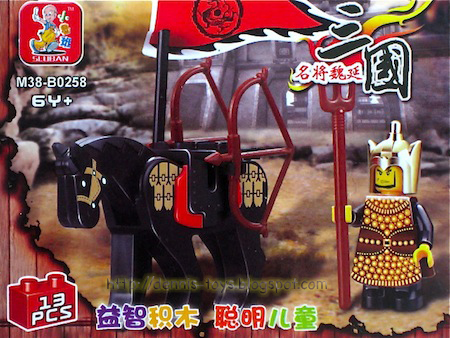 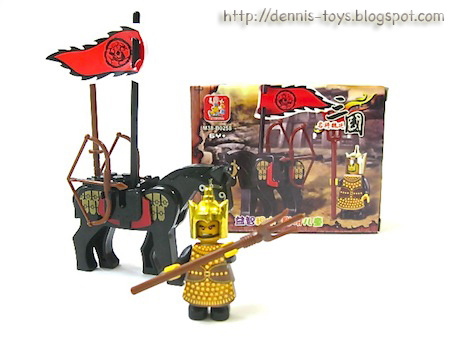 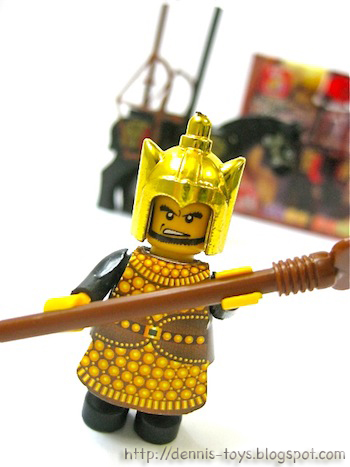 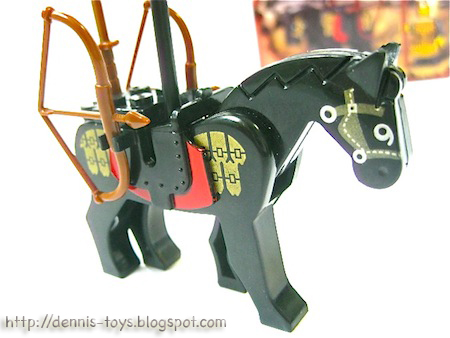 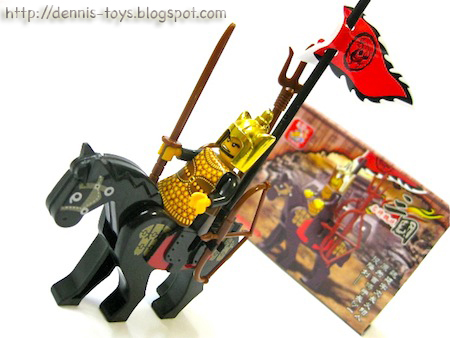 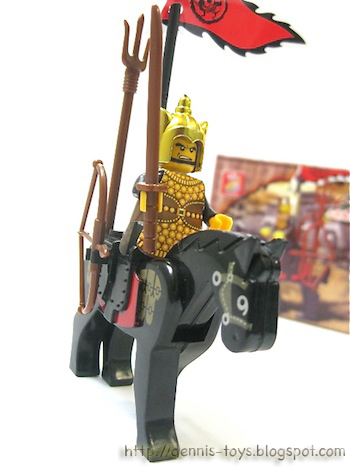 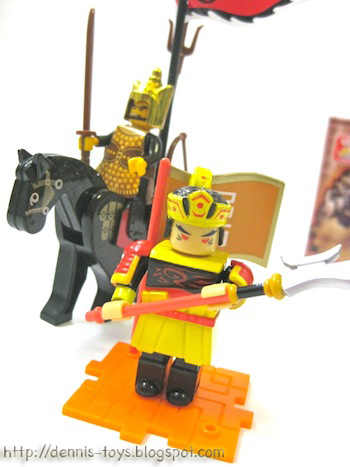 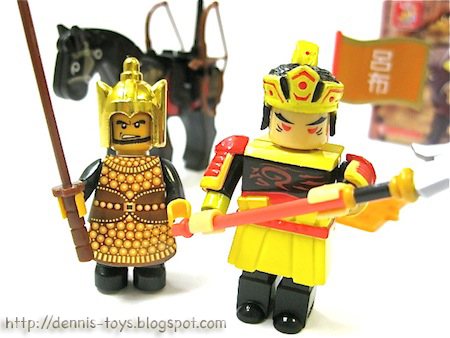 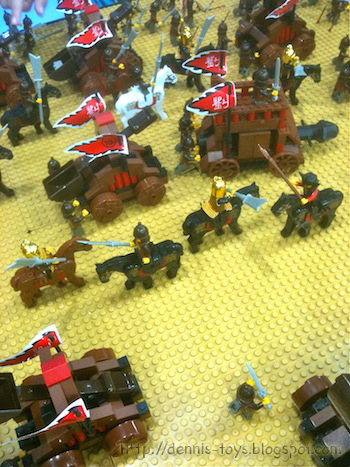 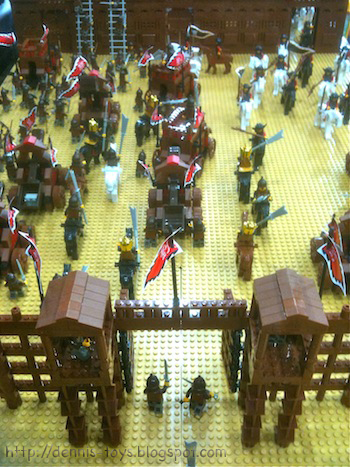 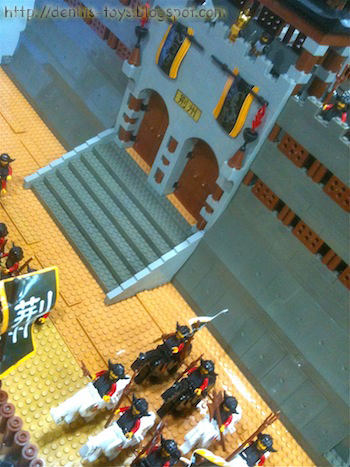 I got this set with the intention of using the weapons and horse for my Lego lookalike Lu Bu. Unfortunately, Lu Bu is too big to be mounted on the horse so there goes the idea of spraying the horse, red to turn it to Chi Tu Ma (Red Hare). The character figure of this set is Wei Yan, a high war ability general of Shu who was second to the famous five tiger general of 'Shu'. However, he didn't die in honor as he was slay by Ma Dai when he tried to create unrest shortly after the death of Zhuge Liang. He scheme was predicted by the genius Zhuge Liang even before death. Probably, Lego is unfamiliar with China era of the three kingdoms so this three party company toy was able to provide an alternative to collectors by fusing the concept of both Lego and Sangokushi. From a positive perspective view rather then condemning it as a bootleg, it more like a fan project.
at August 03, 2011

Email ThisBlogThis!Share to TwitterShare to FacebookShare to Pinterest
Labels: Others, Three Kingdoms

This is something new. I never see it before. GOod concept. Made in China I suppose.

oh, oh, oh... sweet surprise =O, chinese characters in blocky form r something quite rare... this one looks a lot better than the LEGO itself... the golden helmet & the intrincate design of the armor is striking... the horse looks weird but pretty fine... nice acquisition pal !!! =)

I like the whole concept and the quality is pretty decent too. I face no problem on fitting the blocks together. There are some genuine ideas rather than copying blindly.

Whoa! Sweet! Must have for three kingdoms fans. I can't help noticing the box cover stated that the name of the General is Wei Yan instead of Zhang Liao.

Oops! My apologises, gotten make the amendments. Shows how lousy my Chinese. Thanx for the correction bro!

Bro, will you buy the castle? It looks great with all the figurines..Hahha!!

No bro, in fact I gave this little set to my friend after taking pics of it cos he has the castle for Wei Yan. That will make Wei Yan a happy toy. Ha! Ha!

Lego shud really look into this as it could be profitable!

Lego already made a lot of profit. Some have to be shared with China companies. Lol...

I had seen it at one shop I didn't remember...Did the weight and the size is similar to Lego Dennis Senpai?
If it is,maybe it can be mix with my old Lego collection...