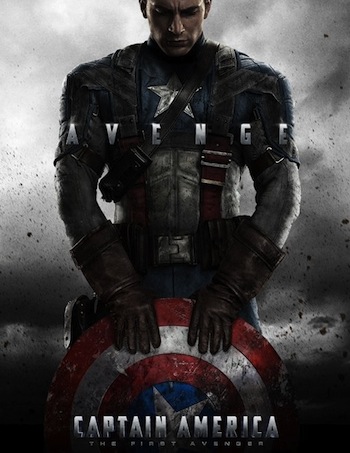 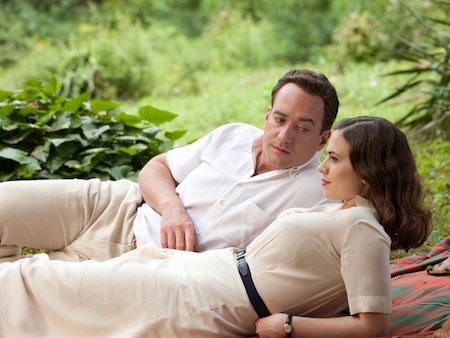 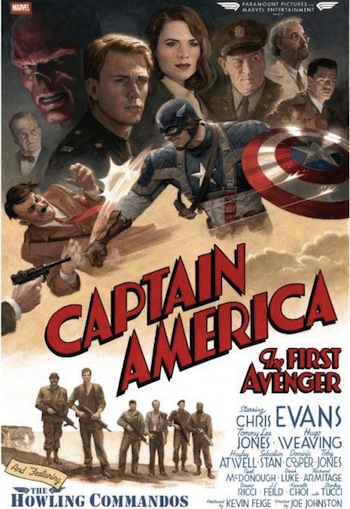 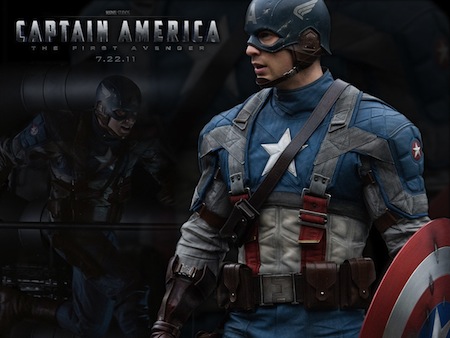 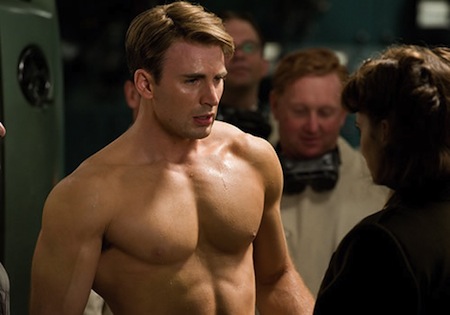 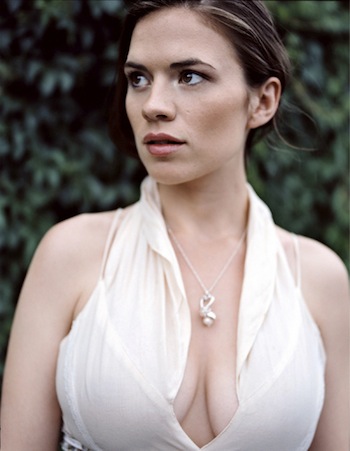 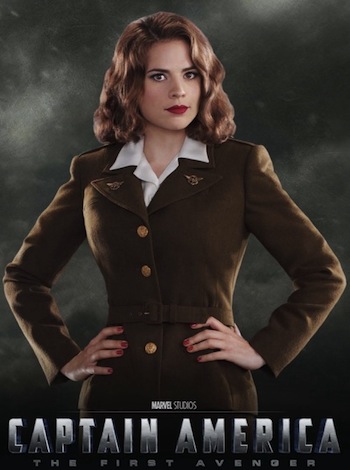 Managed to catch this Marvel Hero movie nearly a week after its released with my long time pal. I was truly happy for that the company he works for that provided him an alternative post at the verge of his resignation. Another great news from him is that he is soon to become a father.

So much for my blah blah blah....Well, Captain America (played by Chris Evans) live movie brings back the good old-skool classic feel whereby superhero is pure and simple with the heart of gold. The spirit of strong protecting the weak from the bullies and carrying a strong sense of patriotism.

In this movie, I saw some connection between Captain America and the other avengers, like his shield sponsored by Stark Enterprise (explained why the shield appeared in Iron Man 2) and the way cosmic cube that warped Red Skull to another dimension just like Thor.

I stayed behind till the after credits and got to watch the teaser trailer of the 'Avengers Movie' that's gotten be released in year 2012. Man, I was thrilled! Can't wait to see the showdown between avengers and their arch enemy one more time.
at August 07, 2011

Oh yes, I love the comic relieves in this movie. : )

this is the most great movie I'm waiting for,, whoow I can't wait since you got thrilled too and the last picture is soo (yeaahhh) LOL

Man, they picked the right gal for the movie but she's always in the uniform. Lol...

i’m waiting to watch this movie as well (i think it really worths)... despite the WWII background, u can see the Captain America suit’s design is not the classic but an ultimate, very in the mood of the recent Marvel movies... i haven’t seen Thor yet, very bad for a Marvel fan like me =/

I think Captain America outfit in this movie is much realistic plus futuristic for WWII era. Even the captain jacket worn was cool.

Ohhh...I love the Shield...
The Strongest Shield ever in Marvel comics...Need to watch the Movie...
because I still didn't watch it...

This is best by far of any comic adaption I have seen.

With the family out of town this weekend and next week, maybe I can catch up on some movies.

>> bluedrakon
Yes, a simple down-to-earth and close to comic kind of live movie.

Same here bro, I was impressed by the female lead body lines..Wow..Haha!!

Not only so, her features suited well as women of WWII era. I think Chris Evans looks good as Capt America too. Well bodied and yet not aggressive looking.

I see that the Heroin are suitable to be the Heroin...Need to watch the Movie...My favorite Hero...