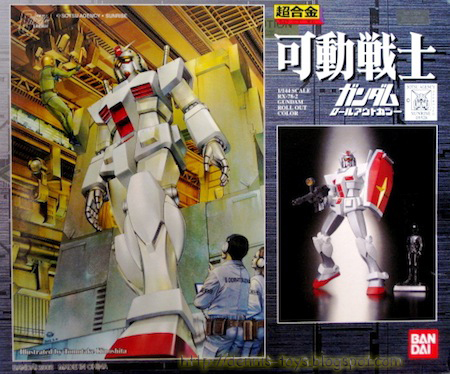 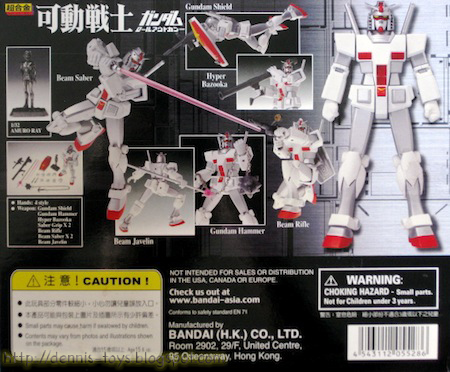 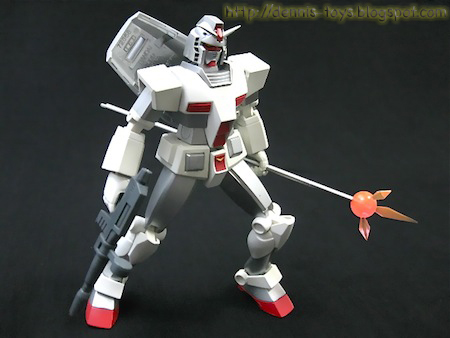 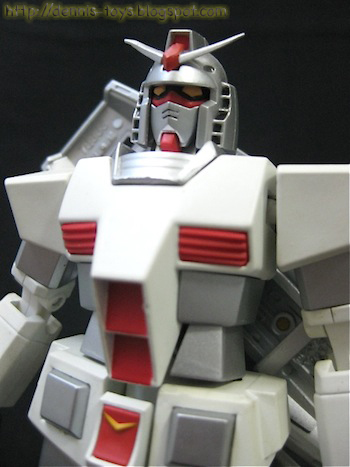 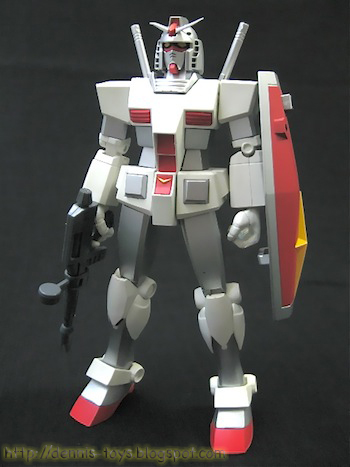 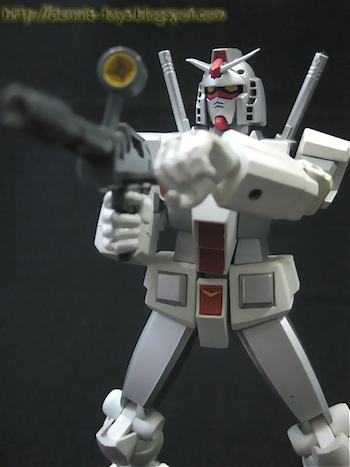 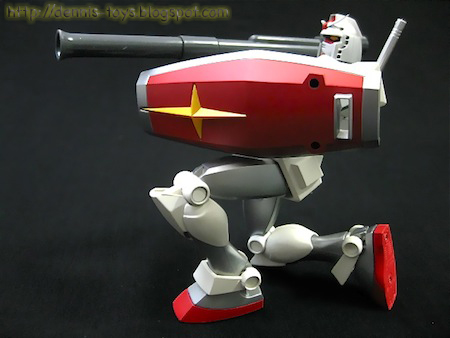 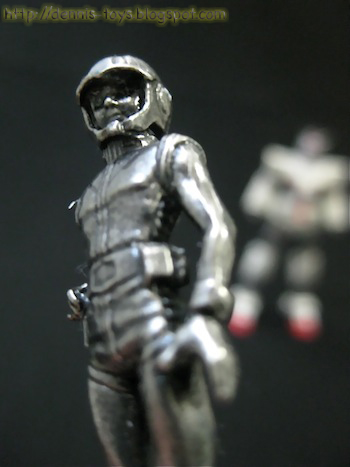 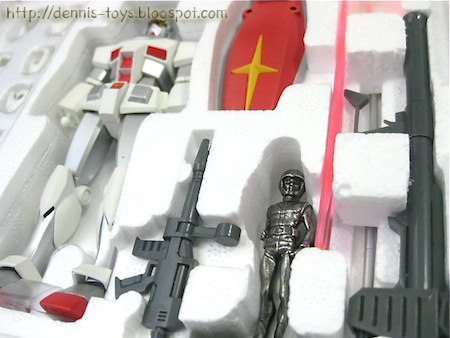 MSV also known as Mobile Suit Variants were based on the creator's graphic ideas. These raw ideas of Gundam were no suited for the mainstream animation and thus they were featured alternatively on comic, magazine or short videoclips.

This is the last 20th Anniversary Chogokin Gundam RX-78-2, I have in my collection (Not complete without Casval Gundam). It looks like a prototype Gundam mint from factory that isn't been sprayed with the original colours. Pretty unique I shall say!
at August 10, 2011

Just change the red parts to blue and it will look like the G-3 version. Or maybe its a G-3.5 version that comes with red parts? Haha...

I don't think the scale is right for this one. A small gundam?

No wonder the Zeon calls it "the White Devil"!

This looks cool, D. Where did u get all this cool stuffs, btw?

>> LEon
Usually Chogokin comes bigger but this range for the 20th anniversary came 1/144 and even the box is slim.

>> on_o
Well, they didn't managed to get rid of it when they have the chance at the start or they are just unlucky Amuro was there. Ha! Ha!

>> KazeTora
They are pretty rare now as I got them years back when they were released. Many of them from the old Clarke Quay.

this is the best variant of the classic RX-78-2 u have by far, the color combination is beautiful & makes the whole design more graceful... if this version were available in model kit i wouldn’t mind into get it... it was the right decision, to keep him in ur collection, i love it pal =)

Cool Gundam, read that originally Tomino wanted the gundam to be all white but the toy company sponsor did not like becasue it was not colourful enoughm to catch kids eye.

>> chrismandesign
Sorry to disappoint you bro cos I have sold this toy away. The only one by my side now is the GM.

>> Ant Sized Man
The original white, blue & red appeals to me more too! Thanx for the knowledge sharing.

>> deSMOnd
Close to a hundred Singapore dollars when I bought but I sold it at around 20 bucks.

the thing i love the most about this figure is its silver head. XD
wow.. thats a major lost dude...