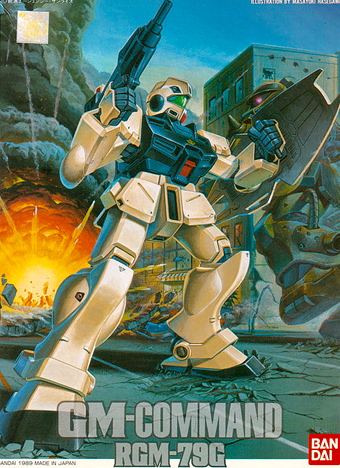 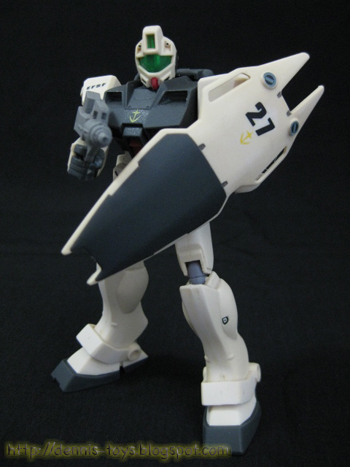 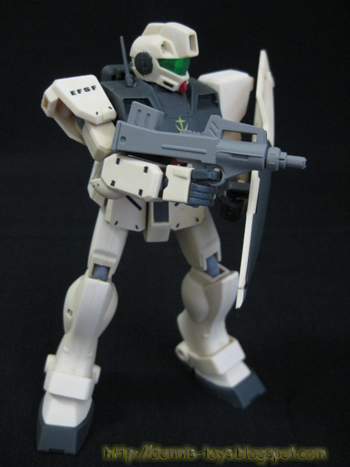 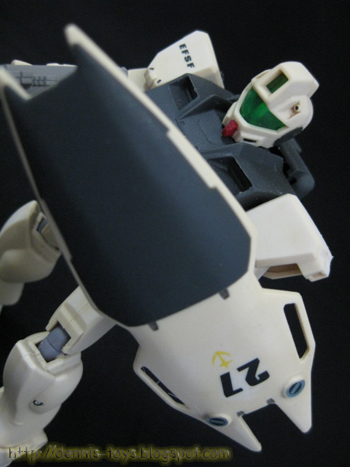 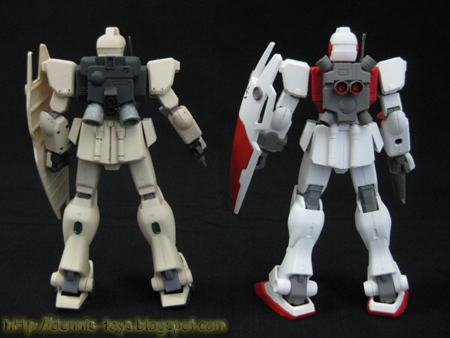 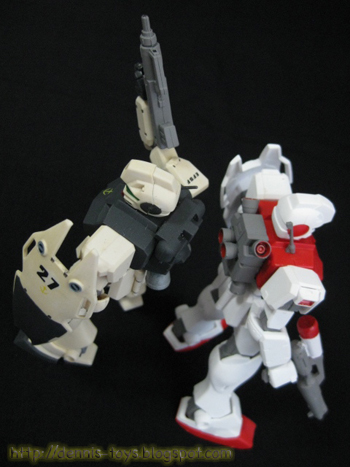 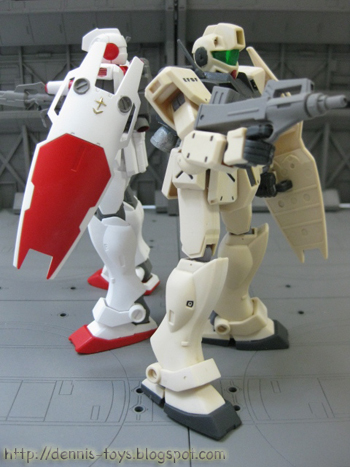 Got this vintage 1/144 scale vintage GM Command (Released in 1989) on eBay that was already snap-fitted. There's had been some natural weathering but not too obvious on this dull colored MS . All I did was to give it my usual touch-up. I had made a comparison between this and the HG version. Unlike the HG version, the chin of this vintage kit didn't come red in colour and so I had to self paint it. In addition, I had used some spare decals from previous kit on it. Both the size of these 1/144 scale GM Commands didn't differ much beside the old kit looking less proportional due to the thicker waist and boarder torso. Nevertheless, this kit is still look charming in my display cabinet with more GM to join him soon.
at March 15, 2011

Looks damn good for a kit over 20 years old.
Was it a bargain?

Guess it didn't look too inferior facing the HG version. It got this locally at a discount. I got the vintage Jegan from the same got too! Will blog on that soon.

your GM Army is growing old and new. congrats.

Oh yes! Soon it will be a league of GM. My house will be Feddies' Jaburo base. Ha! Ha!

the proportions for this kit is not bad at all for a vintage kit. Ever planned a Zeon invasion to ur base? =p

I guess with proper posing, this old kit still stands good. So far, my Zakus are the chogokin version and as for kits, they are HG & MG Zaku II F (E.F.G.F) version.

Gundam that I like is in Wing Gundam series...It looks good... such as Deathscythe hell custom and of course Wing gundam...

Unfortunately, I like none of the Gundam from Gundam Wing Serie. But I do like the design of Tallgeese a lot and hope one day I could start a kit on that mecha.

u r pretty in the traditional Gundam side pal, & i’m in the opposite... it’s amazing how Bandai has kept its high quality standards in detail through the years & i guess this is they way my kits would look in some time HEHEHE... for a pre-assembled kit it’s practically intact... =)

You very right to say that I'm more inclined the older generation Gundam and someone who will go for vintage kit.

Bro, some vintage toys are still worth for collection :)

I also like Tallgeese Gundam...
I have Tallgeese 1 and 3 but I can't get Tallgeese 2 as my collection...
And I still like Old Gundam...
Even they got New one like Gundam Seed and more...

>> sl619
Your army are blooming too! I have seen more of your own collection been blogged.

>> deSMOnd
You are right bro! beauty is in the eyes of the beholder. Some vintage toy are well built and high in quality.

Yeah...Let's make our room become a museum for Gunpla and Action Figure...Because of you all, I will start back this year to collect more and more Gunpla and action Figure...
Arigatou Minna san...