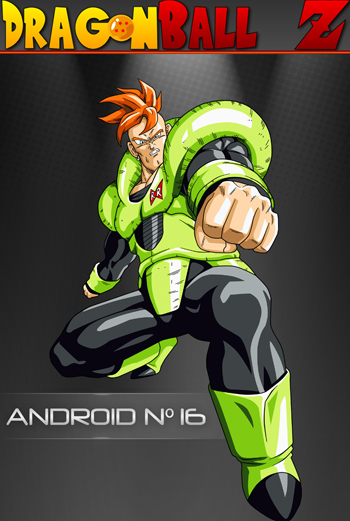 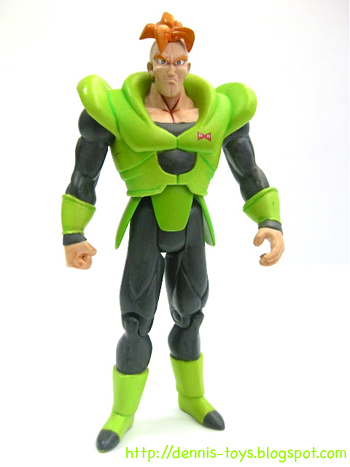 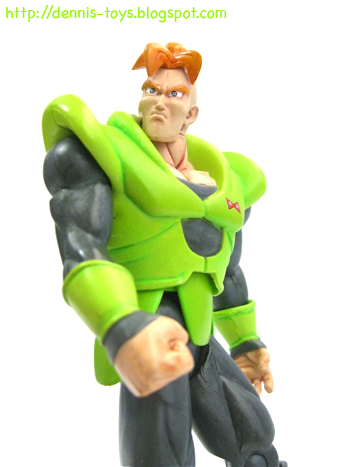 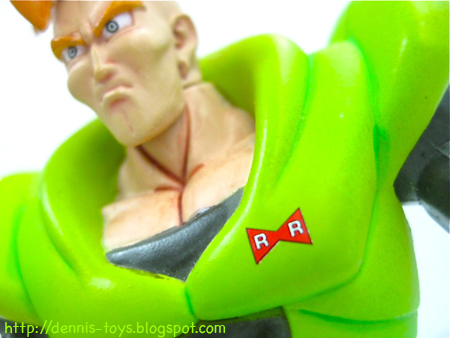 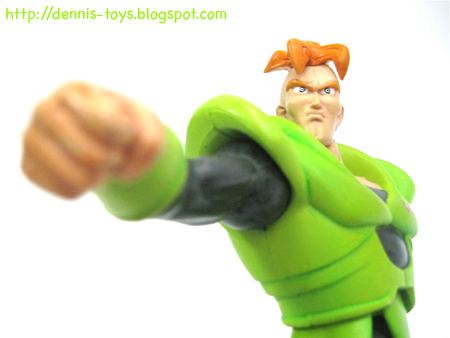 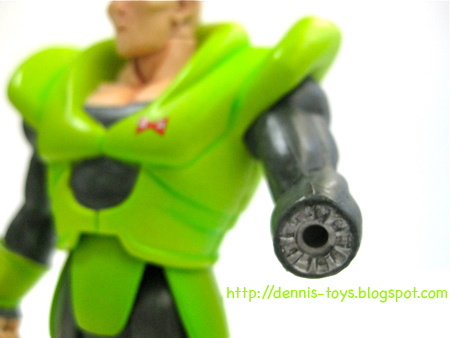 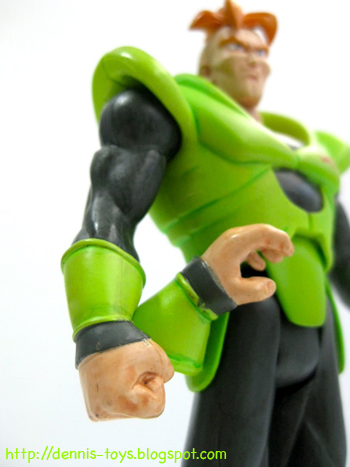 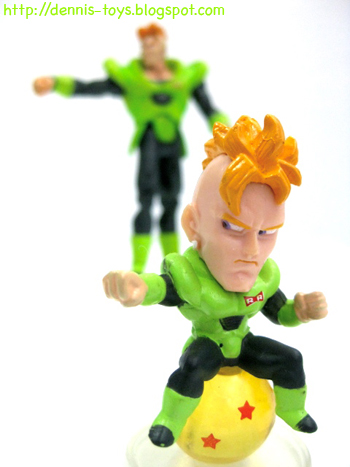 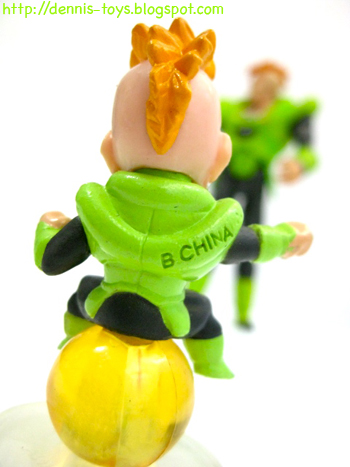 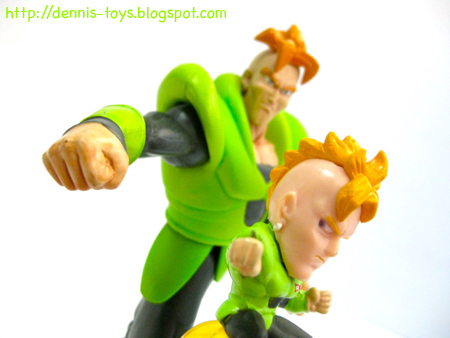 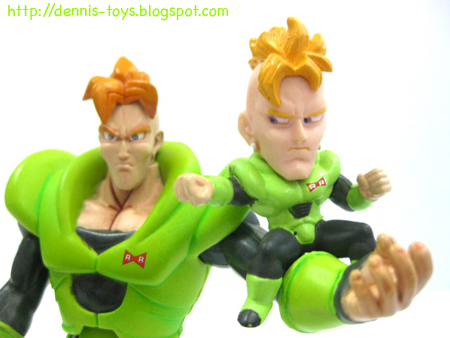 Android 16 is another cool character, to me has got too little appearance in Dragonball Z manga and anime. The thing I like most about Android 16 is his stylish punk outlook and built that towered over most characters in Dragonball Z. Despite his tough built, Android 16 is actually a kind soul who appreciated the beauty of nature and he's remembered for his self-sacrifice in protecting Android 17 and18 as well as earth as a whole.

This Irwin manufactured Android 16 figure standing approximately 5" was released to the western continents so my only means was getting it on eBay. It's a preowned item that come loose but I don't mind those minor stains. Just like how Android 16 executed his ultimate finishing move 'Hell's Flash', the left hand of the figure can be taken out.

As for the adorable SD figure of Anroid 16, it was a surprise find at fleamarket shortly after I received the big dude. Got it only for eighty cents Singapore currency.
at December 17, 2010

really nice figure Dennis & it was a surprise to find this in ur blog... i thought i was in the wrong place LOL... to b a preowned figure is almost intact & it has a pretty decent lvl of articulation... i never heard bout this brand... however, the resemblance of the SD Android 16 is better... as u, i like the kindness of this character, that’s pretty much a rarity in a violent series as Dragon Ball... this figure reminds me 2 of them i own, that my brother gifted me the last year...

Ha! Ha! I have been posting too much of Gundam lately so most will have the impression that this is a Gundam blog. Kind of like a wake up call for me to balance up my posting subject. These guys ain't from my main collection but whenever I like the character from a certain anime/manga, I would want to own the figurine to put them on display in my living room.

I didn't know you are a fan of DB. I thought you are into mecha...wait! Android is also a Mecha!

I used to read the manga of DBZ in my secondary school days but only watched the anime half way. I like super saiyan too!

the "SD" android no. 16 is cute! I used to love dragon ball back in primary and secondary. But the animation seems to lag off with time. haha! i still have my full collection of its comics albeit in BM (Msia ma...) and would still flip it through from time to time.

DBZ was really a big thing then and had been an important part to many in their growing up stage. I do think that the anime seems like of lengthy. Prefer the manga and those movies of DBZ.

i LOVE him...
one of the bad-ass character and nice at the same time...

Indeed bro, a well designed character that look so cool. Pity, he was destroyed tragically. Great character lives in the heart of those who like them.

Glad to hear you scored the figure you fancy :)

Always a trophy to be able to get things we like bro. Just glad that I got mine. Lol...