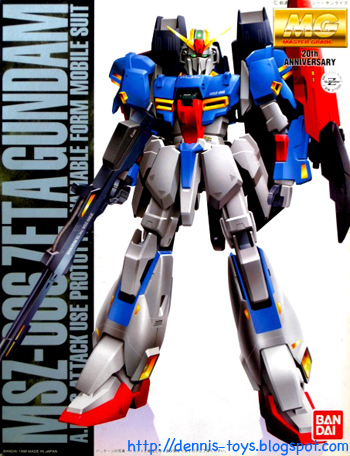 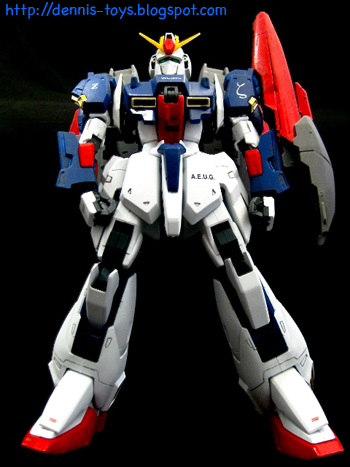 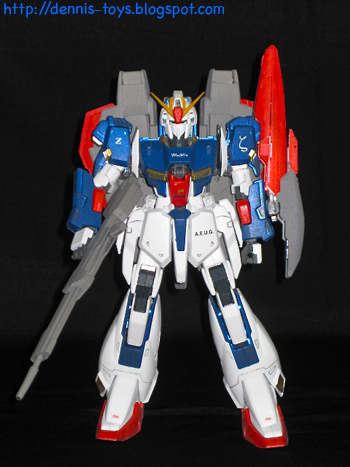 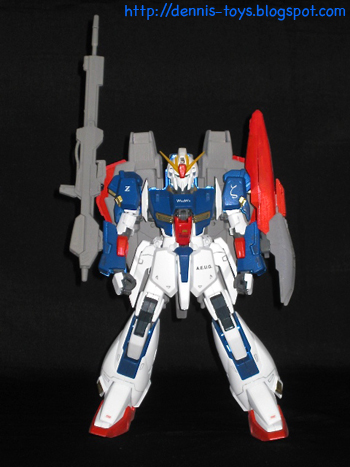 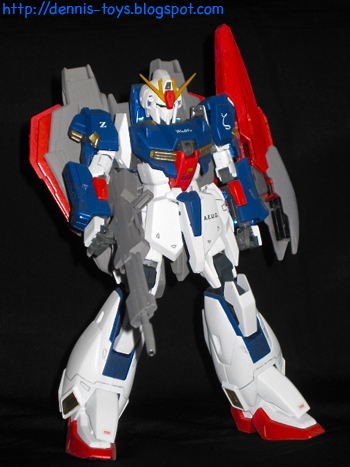 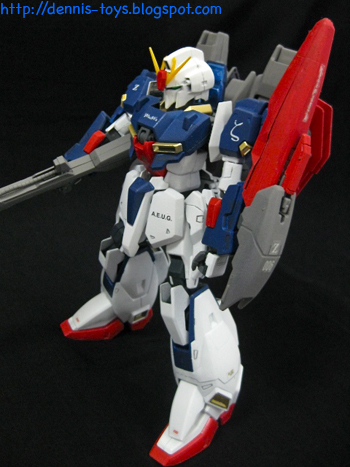 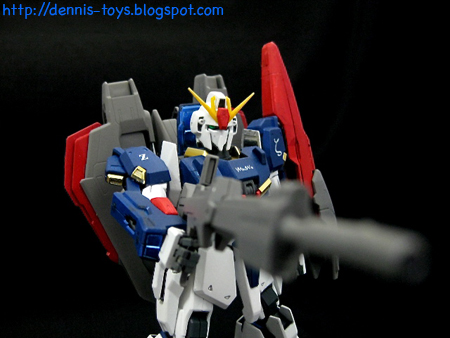 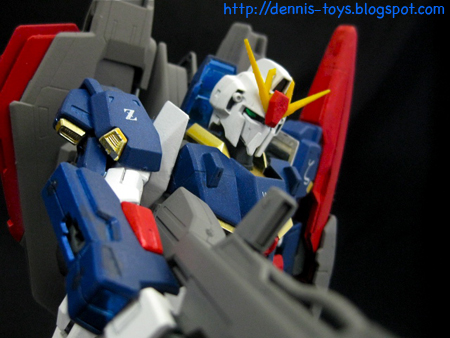 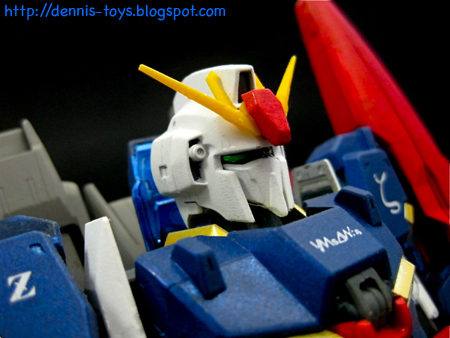 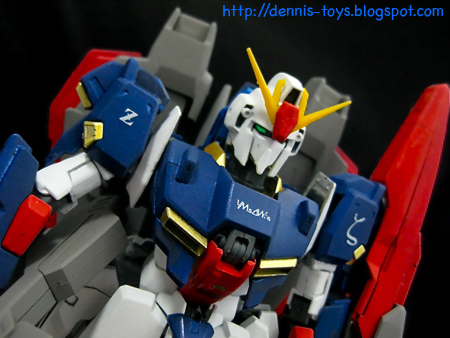 After some setbacks, Jason's MG Zeta Gundam '20th anniversary chrome version' finally had been given a facelift. First problem encountered was during the disassembling, I broke some 'male and female connectors' that fasten the parts together. Other problems included the original chrome layer chipping off after spraying as well as the new paint mixing with the chrome hence causing unevenness due to the erosion. I had to scrap off some parts to respray and do some paint patching. As for the broken parts, plastic cement and clamping them together will do the trick. Reassembling it without the parts' label was an uphill task too! The finally product may not be perfect nevertheless I'm satisfied of the outcome. I was surprised that the stickers could still be used after it was left untouched for more other a decade. I hope Jason will be happy to see this on Christmas day.
at December 24, 2010

great to see it completed by Christmas! Jason would certainly be happy on what u had done. =)

nice addition to ur toys family...

it take some experience and it turn out well! Merry Christmas to you and your family Dennis. :D

>> Bluedrakon
Not too sure if this service can be regard as a Christmas gift. Hee! Hee!

>> LEon
Thanx bro! Just glad that I didn't screw up the Gunpla. You have a great holiday seasons too!

awesome job you done here. Do plan to panel line it later?

Thx bro, actually I already did some light panel lining. Zeta Gundam does have less area to draw lines.

The figure is nice..Your friend will certainly like it..Merry xmas to you and your family too :)

This is a splendid and thoughtful gift for your friend!

i think a repaint job is always harder, specially when u work with chrome parts... as u mentioned the scratched chrome leaves something like craters in the resin surface (as they should b applied in thick layers to cover the dark resin) & well, the broken joints r a big problem always... still looks nice & it was brought to life again by ur work, congrats !!! =)

Great job bro. Its a beautiful piece of work...need to learn ur patience and perseverance when I am working with my own gunplas...

Happy Holidays to you Dennis & to your family. I finally got caught up on reading your blog. been a bit busy lately.

There are tons of toys that I want to collect this coming year. Is going to be great for us collectors. =)

>> chubbybots
Good to see you drop by bro. Merry X'mas to you too! Your recent posts are splendid.

>> chrismandesign
You are so right bro, you really speak like a pro, bro! Lol... I'm still a novice and takes a lot of trial & error.

>> on_o
Seems that I spend more effort on my friend's kit rather than mine. Glad that my new job gave me more leisure time. Hee! Hee!

>> G.G.
Merry Christmas to you and your love ones too! Thank you for dropping by despite your busy schedule. I looking forward to more toys next year too and desperately looking for a 1/100 RX-44 Guntank from F91 Gundam anime.