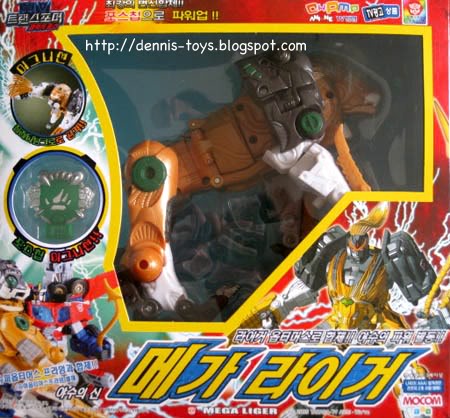 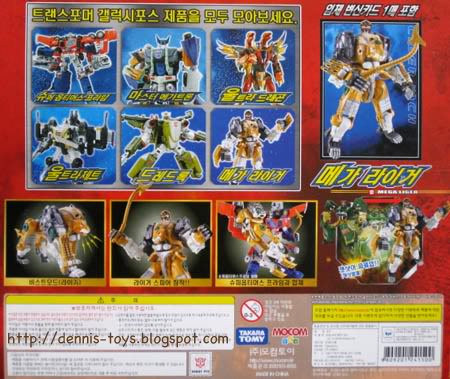 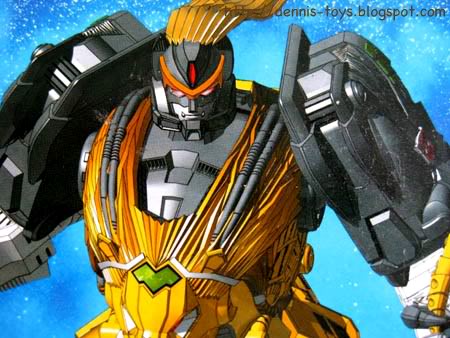 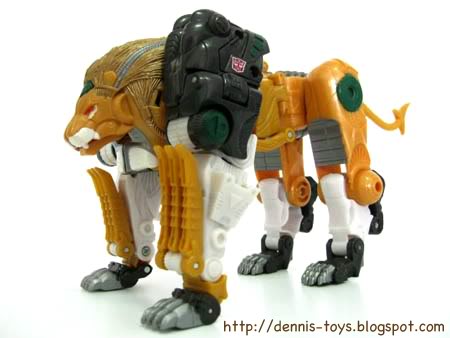 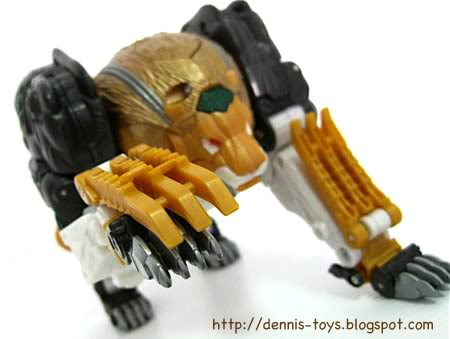 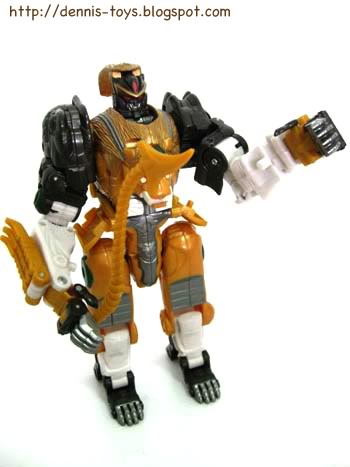 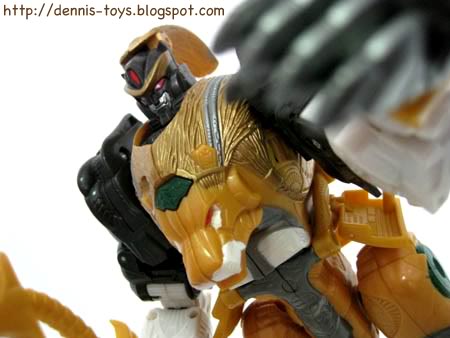 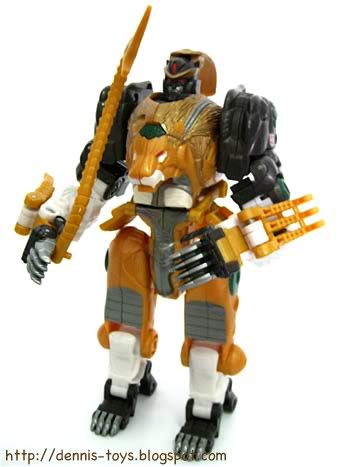 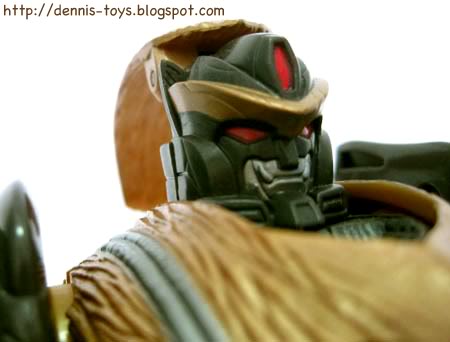 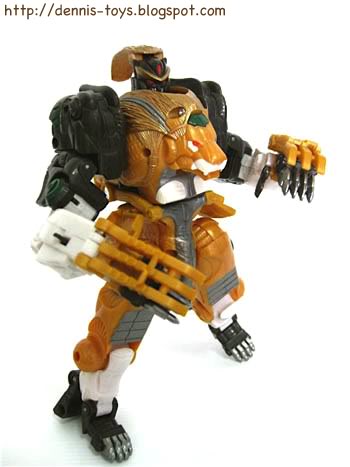 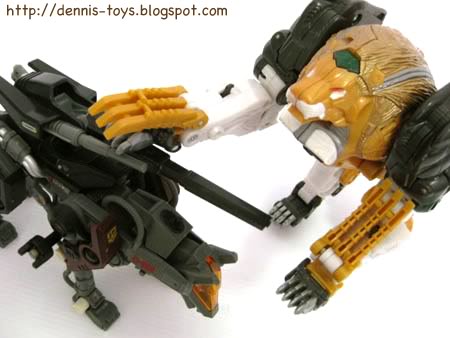 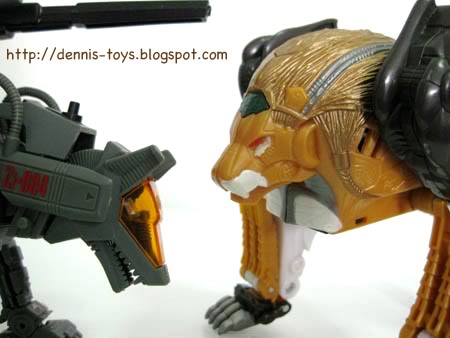 Leobreaker is the reform version of Autobot Overhaul in ‘Transformers Galaxy Force series’. Leobreaker is also known as ‘Mega liger’ or 'LigerJack', which you can see ‘Mega liger’ been used  and printed on the box of this Korean version packaging. The transformation of the toy is pretty simple since the limbs between beast and robot mode didn’t change much. Mechanism to look out for would be the spring action when Leobreaker deployed its forearm claws. The only weapon this toy possesses would be wielding his tail as a whip in robot mode.

Just like its ability in ‘Transformers Galaxy Force series’. Leobreaker in toy form can also combine with Optimus Prime into the powerful Savage Claw Mode, very much like Leobreaker attached to Prime’s arm like a weapon claw.

if u hadn’t mentioned the korean presentation, i hadn´t noticed... i’m used to the Takara Tomy product’s boxes in japanese... i hav seen many times figures from Beast Wars & related series (they were offered to me many times too) & i couldn’t get them to like me & i’m not saying that they aren’t great figures... the detail & the paint job that combines plain, pearled & even metallic colours r above the average... it must b the vintage animal look, too oldfashioned for my taste =/

I have yet to see the combination of leobreaker with opimus prime yet. should be a sight.

*Angst* I regret not getting a single Cybertron/Galaxy force Toy EVER, And I love all the design from that series, Lest to say, It WAS My most favorite line till this day.

used to collect cool and cheap version of beast wars figures when i was a kid, too bad my cousins destroy it when i'm off to college.

Poor guy has to rip off his tail to use as a weapon - that must hurt.

>> chrismandesign
Beast War isn't really my cup of tea too and somehow in my opinion, animal & robot didn't blend so well. One that I think is nice would be the white version Prime Leo.

>> LEon
Too bad I get Prime from my Jason so it unlike I will be do a combination of these two in toy. Sigh...

>> Mikee
I heard of many positive feedbacks of this anime too even though I have yet to watch it. I believed Black LigerJack is made from the same mold like a evil twin which can also combine with Megatron.

>> Asrul "iLham" Sany
Must be a bad experience going though the pain of seeing your toy been destroy and there's nothing you can do about it. Feel sorry for you pal.

>> sl619
Perhaps, it's a less desirable fusion between robot & animal.

>> Bluedrakon
Ouch! Must be a pain every time he needs to use his weapon. Lol...

yupz. still prefer the original beast wars which had the best storyline in my opinion and the blending of the robot and animal forms.

I didn't watch beast wars, only having known that Prime is in the form of Gorilla and most decepticons were insect type. I do heard that this cartoon has got good story that adults would like.