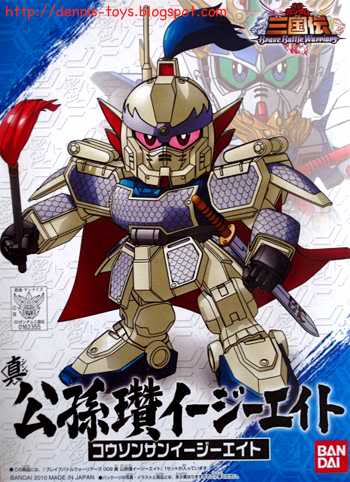 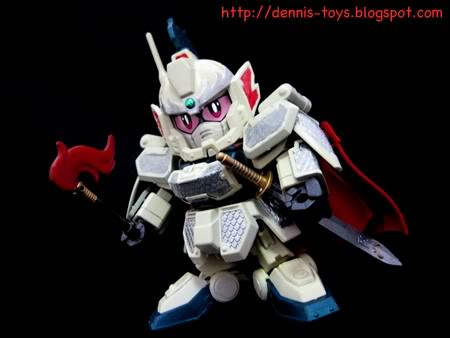 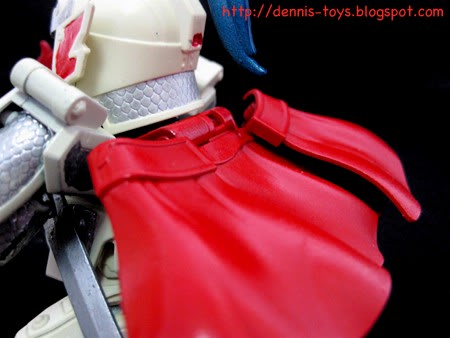 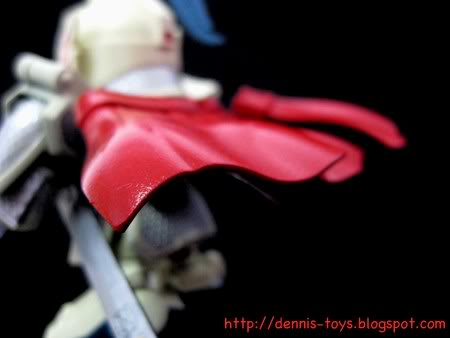 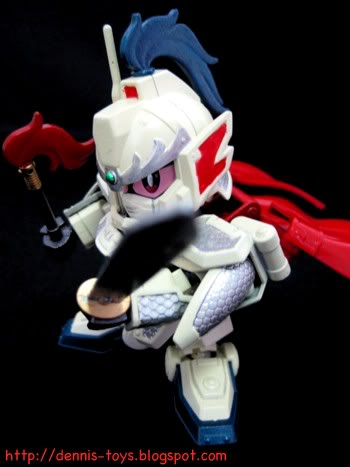 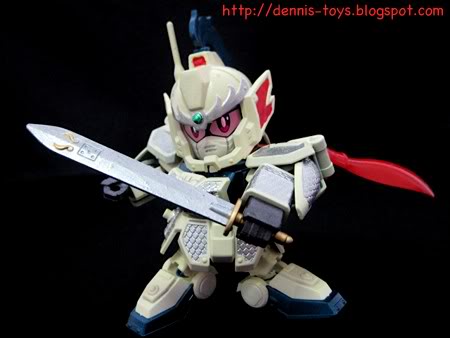 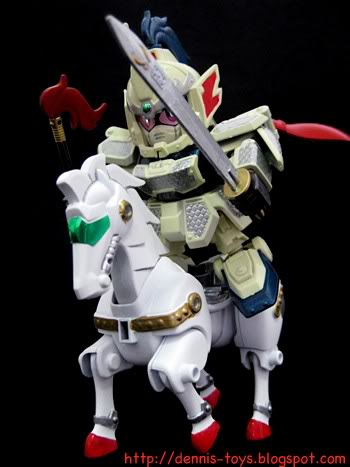 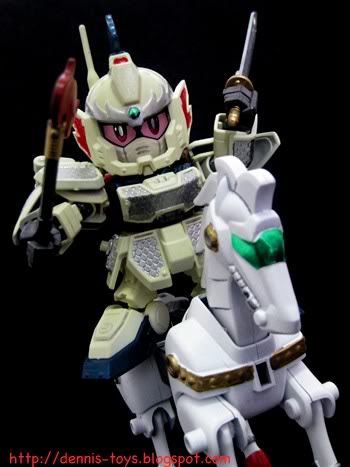 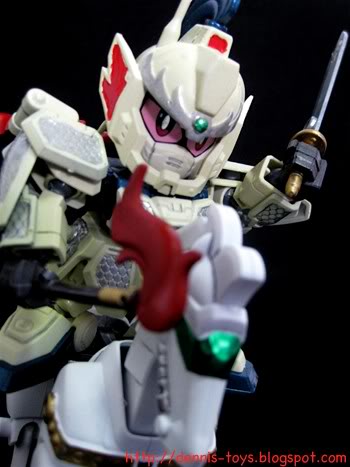 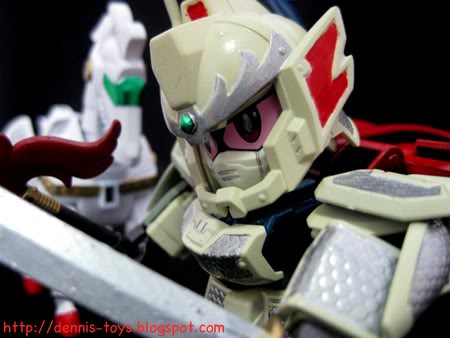 Gongsun Zan is my next in line favourite character from Romance of the Three Kingdoms due to his honesty and sincerity to his friend Liu Bei. He is relatively strong for a warrior as well as a warlord during those turmoil era who commanded the elite ‘White Riders’ ~ an elite squad riding all rare white horses. It’s sad that Gongsun Zan and son died in tragic after been defeated by Yuan Shao.

This is really the best of both worlds for me to see a fusion between Ez8 & Gongsun Zan in this BB warrior version. Every bit-by-bit, I have managed to complete this kit and having Hakugin Ryuuseiba sprayed white makes the perfect steed. Tributes to my Romance of the Three Kingdoms hero.
at August 02, 2010

Finally I got to see the complete works. Well Done!

Not very well done actually but one of those better ones I had built. Took a bit long to complete. Hee! Hee!

Being a big fan of 8th mobile suit team, and my lack of knowledge of Romance of the three kingdom. Well Im a big fan of this guy, even though I still havent seen him much in action in the sangokuden anime.

u r really using very well ur free time pal !!! this guy looks pretty fine with the personalization, also the sword is a fabulous complement...i guess all of us (i mean, we r barely beginners in personalization matters & i’m more novice than all of u anyway) will achieve a decent skill level with more & more practice... =)

Its cape made it feel cool

Nice finish there. A kit that is painted always look good. I still haven't had a chance to work on any of these BB kits yet.

>> GunStray
Ez8 specially for Shiro and better than land Gundam for me in terms of design. Gongsun Zan is only featured during the early part of ROTK.

>> chrismandesign
Thx again pal and with more practice I hope to improve bit by bit.

>> mangyver5223
Ah Yo, I got it wrong. It's cape not cloak. So wrong of me. I will amend the mental block mistake.

>> G.G.
For me it's quite a stressful thing to paint a kit or toy. Ha! Ha! Hope you have the time for BB in the near future.