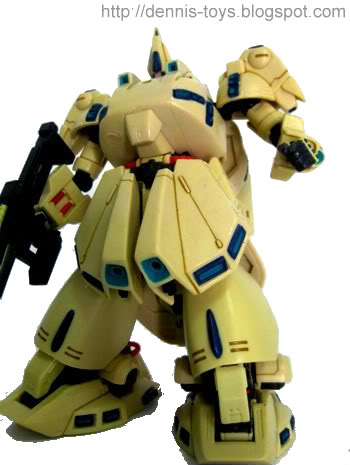 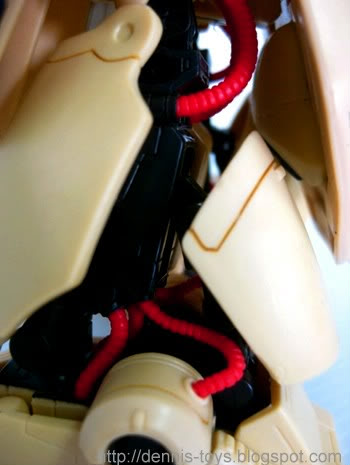 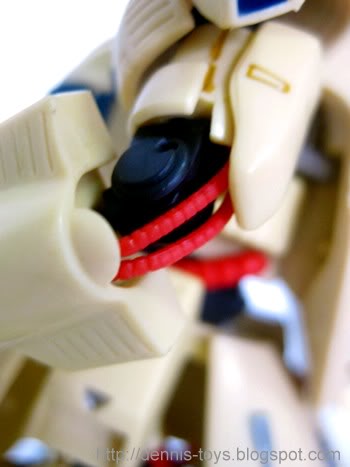 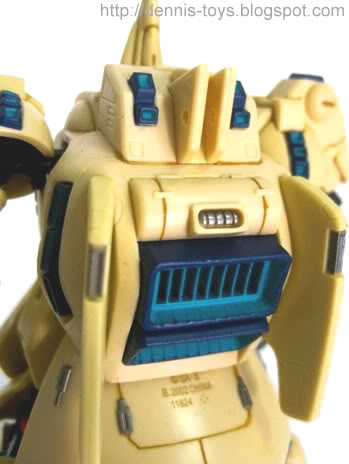 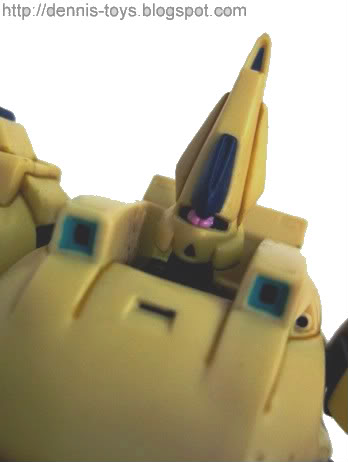 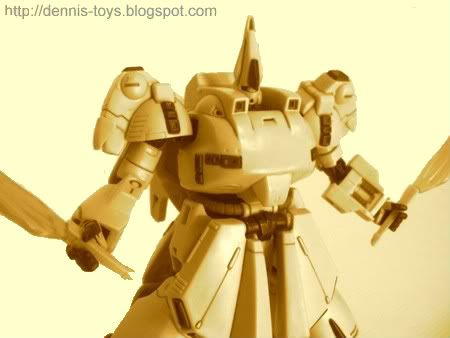 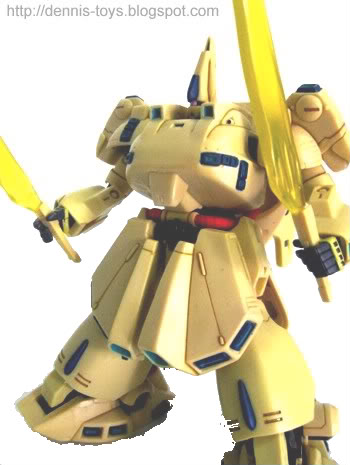 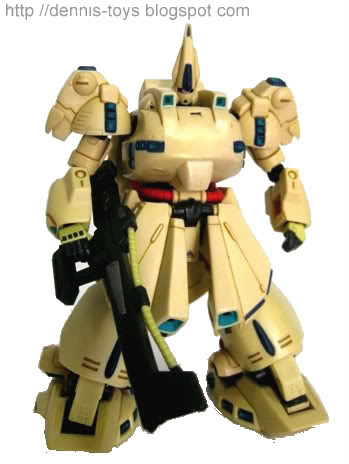 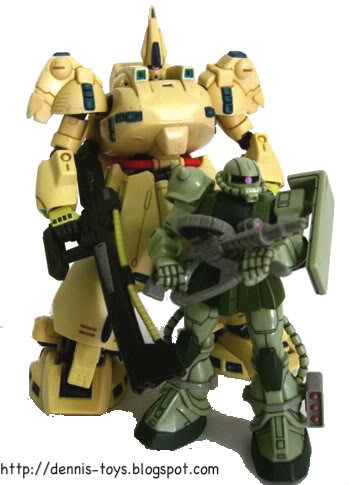 Here’s a MSIA from Z Gundam Series - Titans Shiroco 's ultimate MS - PMX-003 "The O". A figure that was made in 2002 and judging from its look, you know it is majestically magnificent and towered over any regular MS. I bought in a bulk of loose MSIA and some of the parts like four spare hands were missing. I’m left with the beam rifle, three beam swords, , and optional hands. The distinctively designed action figure of the The-O isn’t my cup of tea but maybe it suits you.

Source from Mecha Anime HQ
The last custom handmade mobile suit built by Paptimus Scirocco aboard the Jupitris during the Gryps Conflict, the PMX-003 The O was Scirocco's personal mobile suit, employed in the last days of the war. Although very bulky and heavily armored, it was equipped with fifty attitude control verniers, easily overcoming its own awkward mass and making it one of the most agile and maneuverable mobile suits of its time. Although only armed with a beam rifle and a set of beam swords, The O sported several unique features, such as multi-jointed limbs and a set of sub-arms mounted under its front skirt armor, each of which could wield a beam sword. The O was also equipped with a bio-sensor similar to that of the MSZ-006 Zeta Gundam, essentially acting as a substitute psycommu system and allowing Scirocco, who was a powerful Newtype, to more easily interface with his mobile suit and more quickly carry out or dodge attacks.
at May 08, 2010

This mecha look very CUTE like SD! Hey you last pic is nice. Going closer to artistic I can see. LOL

I didn't quite like this and probably sell it soon. Cute = ugly but adorable. Hee! Hee! Thx for the compliment!

Thx bro! It's kind of big too!

indeed i luv this "ugly" mecha & i luv the gashapon of him u sent me... so what else i can say ??? what a pity that this guy came without all his accesories & that u wanna sell him... =PPPPP

The Titans boss Pap-ti-mus si-ro-co haha ! I thought his name platypus for sure !

Well, extra hand is under his front skirt though..

Back in 2003 I almost brought this toy, but I held back because the price for this MSIA was more expensive than others due to it's size.

Of all my MSIAs, the only one that I really didn't regret purchasing was the Zamel (from 0083 series). There isn't any model kit iteration of it, or other toy line for it. I am so glad I got it.

>> chrismandesign
May I just couldn't accept the design because it look different. Hee! Hee!

>> G.G
You are right about Zamel bro! That big guy is indeed rare and hard to find nowadays! It didn'e cross my mind until you mentioned.