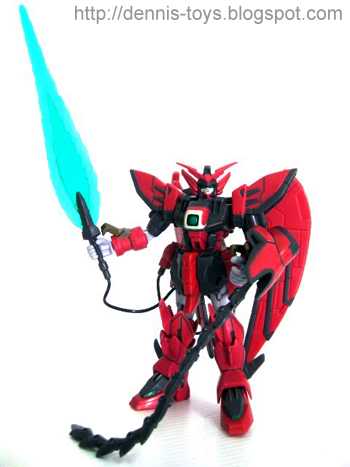 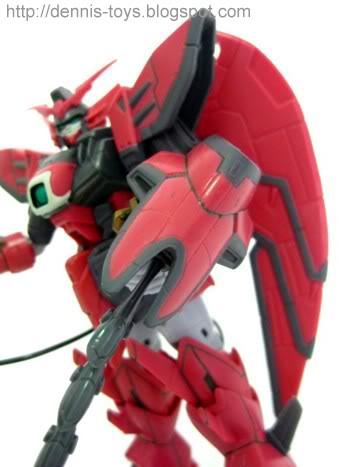 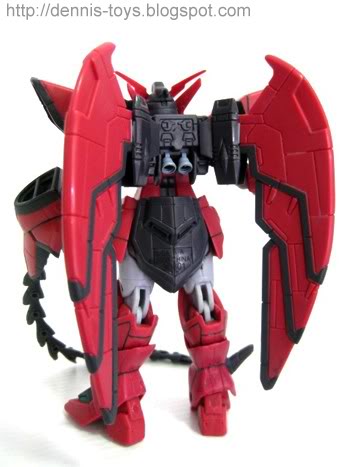 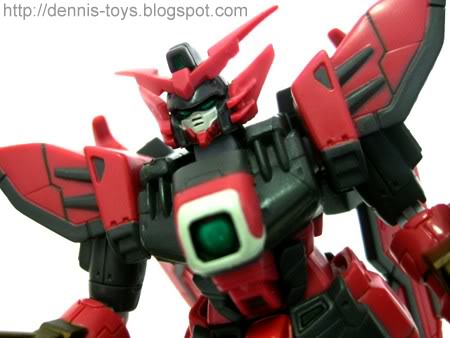 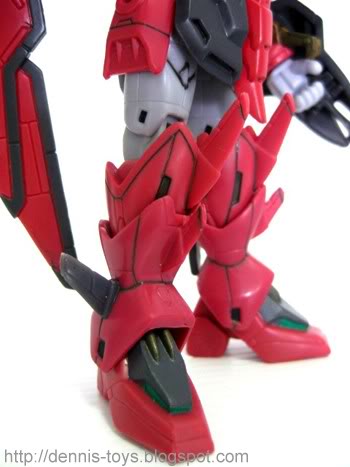 Gundam Epyon definitely has got this majestic and fearsome abilities to be one of the most powerful Gundams in W series. Based on the board beam saber and attack whip, Gundam Epyon is more mecha in favor of close-range attack. It’s able to transform to a double-headed dragon, but unfortunately I was unable to transform this MSIA even though it’s possible. Adding to the fact that I got it loose without the instruction manual. If you look at Gundam Epion’s shield and whip, it somehow influenced on the weapon design of Tallgeese III a lot.

The old Bandai's MSIA really does set at a reasonable price of 1200 yen, especially for completed PVC toy that requires no assembly or painting involved. It's posable, of course, and comes with plenty of accessories + weapons and interchangeable hands to hold it all.
at February 07, 2010

Not many gundam have whip as a weapon right?

the gundams from Endless Waltz looks a lil’ variagated in accesories and colour scheme... i told u that i only watched one OVA from gundam series... well, that OVA was Endless Waltz (i dunno if there are more...) & i hav 3 model kits from that series (not assembled by now...) i guess this big guy has 5" or 6" high & seems sturdy, but this is not the kind of gundam u usually own, so something is changing... good, good !!! =)

Never a fan of Epyon, but I did like whip and Im glad as hell it would later wind up in tallgeass III's arnaments.

Of the 2 I still prefer Tallgeese haha :D

What a big light saber this Gundam has :P

>> LEon
I guess only Gundam Epyon. The next closest should be Nobel Gundam with beam ribbon.

>> chrismandesign
In Endless Waltz, these Gundam from W had been redesigned to look nicer. I'm sure those are nice pieces.

>> GunStray
I gotten agree with you on this one! Hee! Hee!

>> Bluedrakon
I guess it adds realism to creating the board thick beam. Ha! Ha!

>> chubbybots
Yes! Those valiant spartan looking Tallgeese 1 to 3. I love them all.

>> deSMond
I bet no other beam saber can beat it. Maybe God Gundam's God finger finishing technique can match it. Kekekekeke.