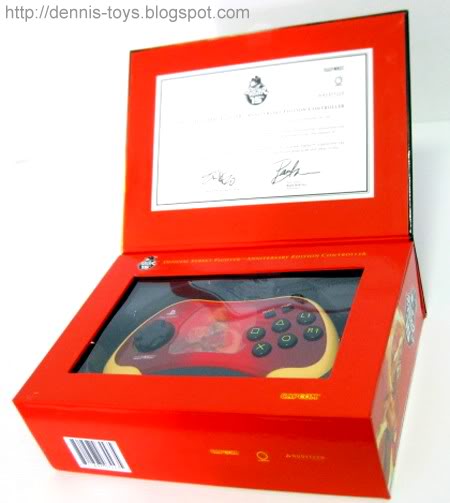 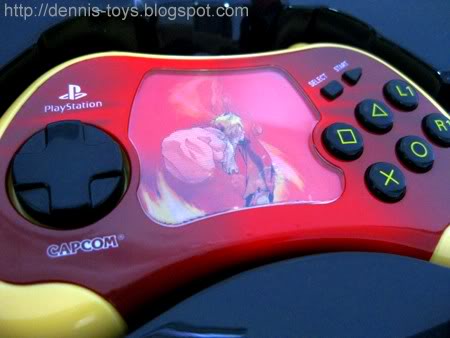 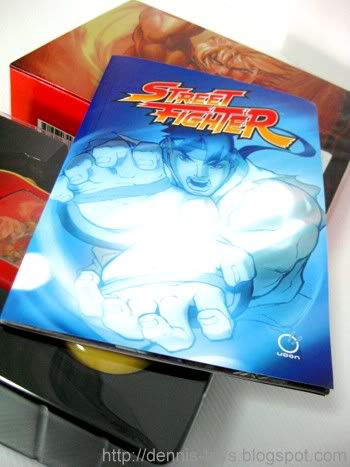 While many are playing Street Fighter IV with their state of the art PS3, I'm still at the age of PS2. The many reasons why I didn't buy PS3 are that I have yet to complete many games on PS2 , I'm still waiting for price of PS3 to depreciate further and lastly, there are still a lot of games on PS2 which I still enjoyed a lot, especially Street Fighter Zero and Zero 2.

I still like playing Street Fighter Zero & Zero 2, a lot on PS2 because of the 2D display and this series has got a collection of cool characters like Dan, Ryu, Ken, Sakura and many others.

PS2 Street Fighter controllers have got a few characters to choose. They have Ryu, Ken and Chunli pack but mine is Ken. The controller has got hologram of Ken doing Shoryuken. It has got an official certicate of authenticity and comic book of Street Fighter by Udon.

One thing not so favorable about this controller is that it's not wireless, hence poses a problem especially with my active kids running around.

so u like those atari-like-machines !!!??? i know many ppl just can’t keep away from this electronic devices, but i prefer PC games... point !!! =PPPP... LOL... well, bout this product, the packaging job is fabulous (hard box WOW !), they know how to captivate their fans, but i hate those controls (they simply hurt ur fingers after 2 or 3 hours of play)... as Nine Inch Nails would say: this is a "pretty hate machine"... anyway, this is a surprise coming from a gundam/macross fan =D

This is one remote ken will gladly lay his hands on haha :D The packaging and remote looks solid ^^ I love the holographic ken in the middle, thats really a nice touch!

This is classic! One of my ps2 controller is damaged. Maybe I can use this! LOL

>> chrismandesign
Now with blooging, I have spent less time on console or should I say hardly touched it now. I have other collection apart from Gundam and Macross but very little. Hee! Hee!

>> LEon
Hey bro, I'm actually thinking of parting this controller to make more space at home. If you need, it's FOC for you. PM me!

Not playing any games in PS2 for a long time as my small TV had been spoilt (due too much playing video games) :)

That's what I call a hardcore gamer! Play till the tv can't take it. Lol!