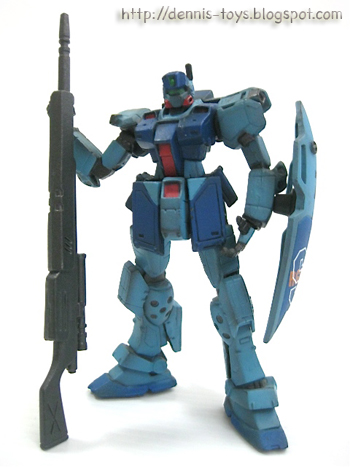 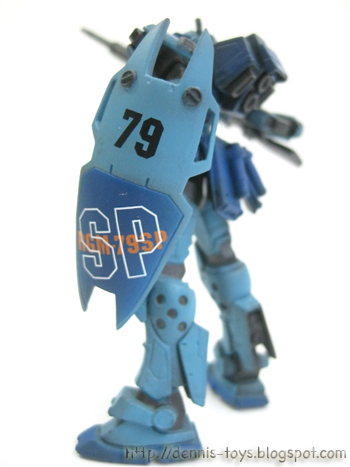 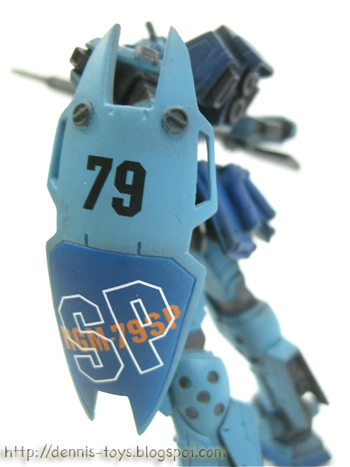 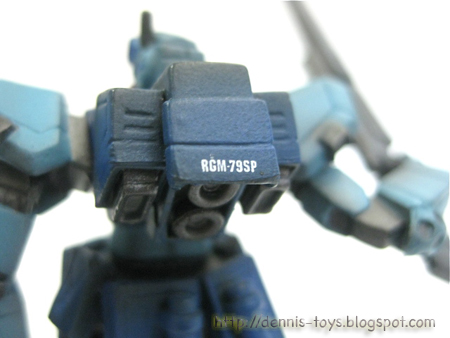 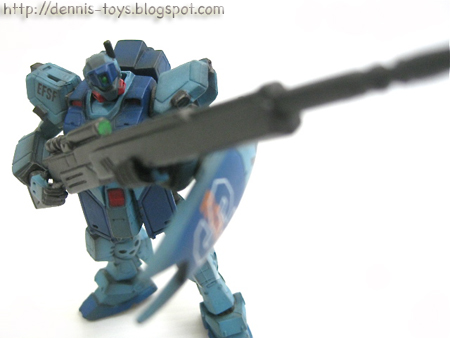 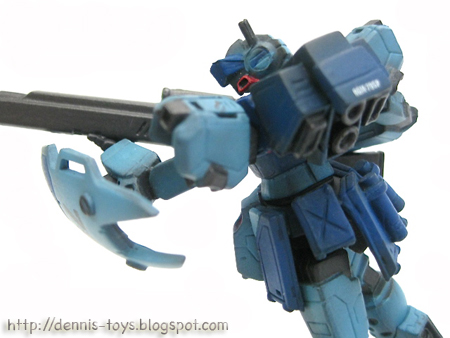 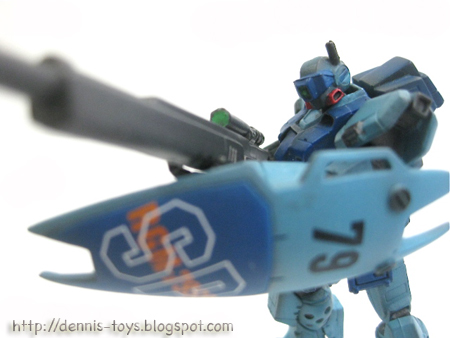 This is to me one of the coolest MS from Gundam 0080. It shares similar design to GM Command but customized for urban sniping mission. It’s equipped with long-range snipe rifle and the design of sniper face guard on the head is mind blowing too.

If you have ‘Gundam 0080 War In the Pocket’, GM Sniper II were attached to Gray Phantom (also one of my favourite space carrier – Trojan Class). They (Scarlet Troops) were deployed to intercept Kampfer when it was sighted within Side 6, however were unmatched to Kampfer’s firepower and agility.

Currently, you can only find GM Sniper II in Fusion Work trading figure or conversion resin kit as Bandai Badai has yet to release a 1/144 Gunpla on this dude. I wonder why?
at January 16, 2010

Yes pal! If Bandai have this on G.F.F seriies, I will not hesitate to buy!

I remember seeing them and not really knowing what they where, i think them and GM cannon did'nt last all that long.

Oh yes! Unfortunately,in Gundam 0080 anime, they were wiped out almost instantaneously by Kampfer.

I like the shield design. One of a kind.

There are quite a number of E.F.S.F MS from U.C timeline, having this type of shield. More like a standard issue and indeed those having shield like these rocks!

Ah this brings back memories!! But too back it got wiped out by the Kampfer (which in itself is one my favorite zeon ms :D)

As a figure this is very nicely done :D

Oh yes, I have seen your Kampfer model on your blog.

man u r famous... many ppl comment before me kjakjakjkakajkjakaja... i’m in agreement with all, this figure is very "handsome", what a pity that it isn’t available as a regular model kit... i almost get a Kampfer 1/144 gunpla that looks astonishing, but my budget is in intensive care, so i hav to wait a "ltl bit"... obviously u hav a good taste pal !!!

It thx to these comments of support that drive me to blog further pal. I used to have MSIA of Kampfer but sold it away cos I'm more of a E.F.S.F supporter.

I was looking for some Generic Viagra when I blissfully encountered this awesome site. The matter of fact over here is that i have always loved every single thing related to Gasphon, Gundam 0080 and so, your column catched my eye as soon as I rest my eyes on it.

You know , they could have just sniped Kampher from above. Way easier.

I think it's a great idea but well seems like most of the Feddies ain't so smart. That's way the unit with Gundam always faces a lot obstacles from top management.