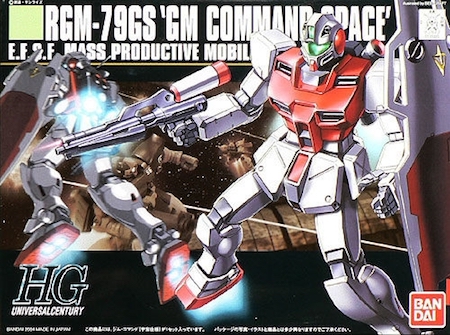 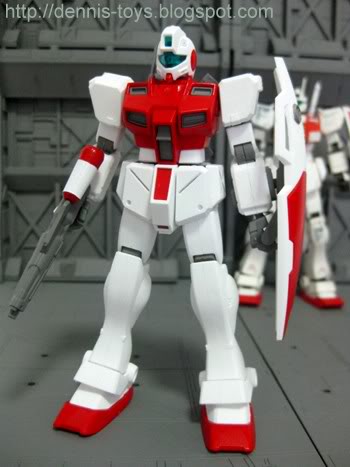 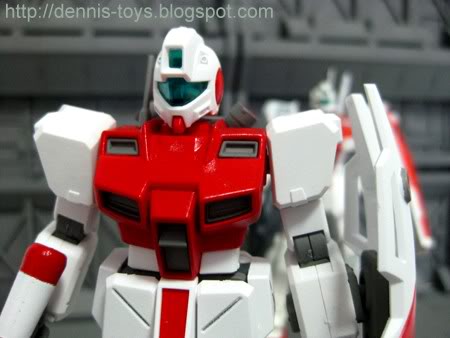 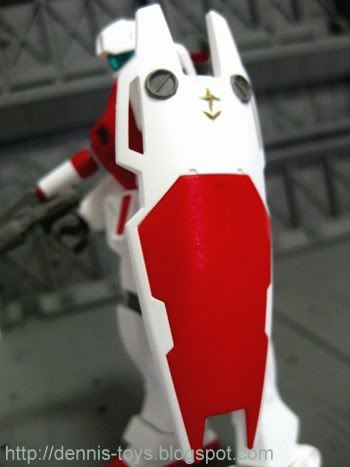 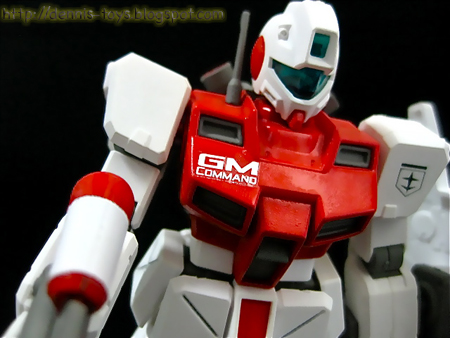 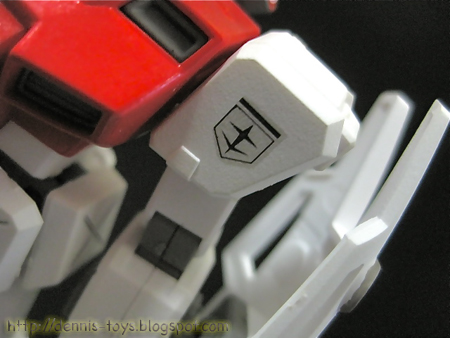 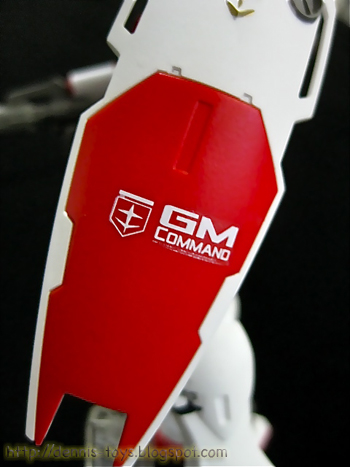 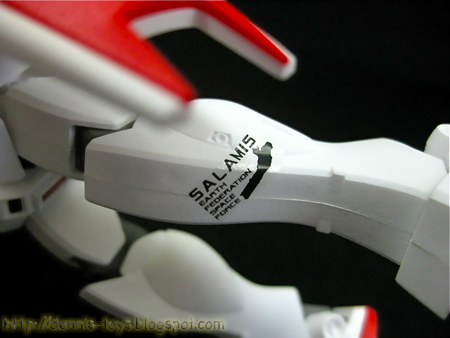 Another rendition of the GM Command in "Space Type". As usual, crisply-molded HG parts are all molded in colour, featuring snap-assembly; foil stickers are included for details. Weapons include a Beam Sabre and Beam Gun.

This is one Gunpla which I have recently assembled since I could not recall when was the last time I touched model kit. There’s never a toy been produced for GM Command except gasaphon and so my only option is to build one.

Not a very decent job on spraying and OMG, I broke the left arm while posing it. Managed to fix it with my gun glue but the said arm had been immobilized. There goes to show why I could not do many poses for photo shoot.
at January 10, 2010

so sorry for d broke part, pal ! i had a similar "accident" with a tiller of the V.S.B.R unit of my Gundam F-91... =( i hav to say that d pics seem a ltl weird for me, i mean, like when u "posterize" an image, and the shadows & gradations disappers to show only flat colors !?... uhmmm all d paint over d external structure looks clotted, like when u apply a thick layer of paint... as i see, d spray cans are not suitable for all personalization jobs... however, the model kit itself is great, simple but nice... =)

Thx for all those constructive comments pal! I'm really an outsider when comes to model kit. Ha! Ha! Just build for the fun of it cos I like GM Command a lot. Really hope there will be GFF version of it or in Damashii robot spirit. Still waiting!

It look decent to me. It is not easy to do spray painting and you have more courage to do it. Salute.

Thx for the encouragement bro! I like mass-produced MS of E.F.S.F however there are very few these made into toy. It's desperate calls that drive me into building one like this.

myb i was a ltl censorious & i don’t mean to, so sorry Dennis... i guess it was difficult to work with spray cans... i’m waiting to get my own gundam markers to begin to personalize my kits, & i hope to do that with airbrush, a friend of mine will help me... i’ll b more careful next time... =)

No hard feeling Chris and no need to be sorry. Kekekekekekeke! Seriously, I'm not train in airbrush and is building this GM Command to blend in the rest of my GMs. In fact, I'm going showcase a lot of toys & gasaphon on E.F.S.F mass-produced MS. Hee! Hee!

Always nice to find another GM fans. I had recently bought a HG GM Quel (Titan Ver.). But need to find time to do it. I will use airbrush to paint mine.

I never tried it, but I heard using spraycan to paint is even harder than to use airbrush. So I salute you too. The result is not bad at all. I also like your MSG Mechanical Chain backgroun (I use the same as well).

So G.G. is a GM fans too! GM Quel is more a purple Titan version of RGM Custom but it's cool too. I always wanted something to create a contrast when taking pics of smaller robot and MSG Mechanical Chain so far provide the nice background.

Bro, do you think if you can have black lining between parts would make the figure looks better??

Shame about the breakage, i know all to well whats its like to spend time on something then at the very end a accident.

Looks like a cool gunpla to build, certainly looks alot better than the normal GM.