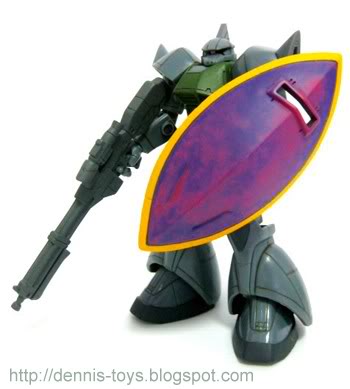 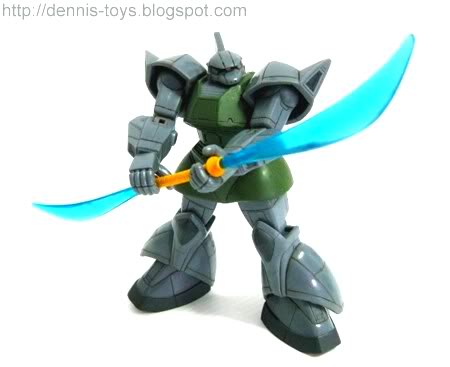 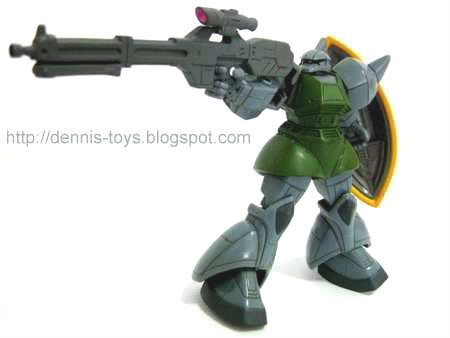 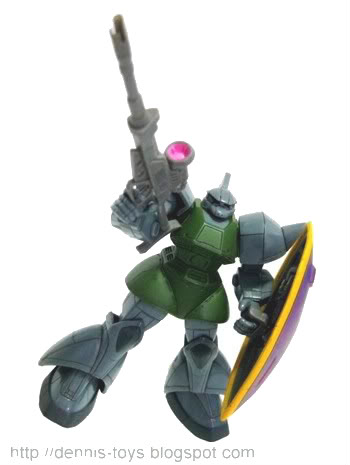 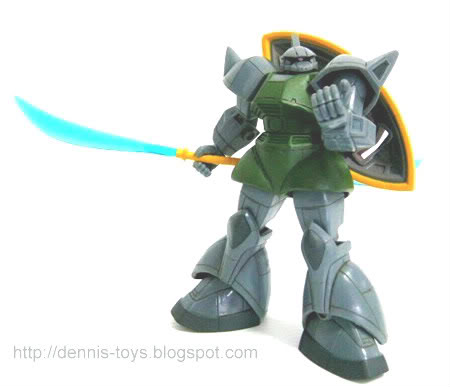 I'm not a Zeonic fan and this MSIA Gelgoog was bought in a bulk purchase. The figure comes loose but it's a good thing cos I need not have to go through the dilemma of whether should I keep the box. Playing the toy is much at ease too!

Gelgoog was developed during the later part of Gundam 'One Year War' and even it's performance was fairly good and suitable in any terrain, it's not as tough as Gundam. Some credits given to Gelgoog would be it could take down GMs easily with it's agility and weapon selection.

It's a pretty that that they are produced too late during the 'One Year War' with too few been produced. During the final moments of the 'One Year War', the Gelgoog was mostly piloted by young and rookie pilots, hence the ineffectiveness against Earth Federation who deployed swarms of GMs. (Inputs by Kaze Tora)
at November 04, 2009

Actually during the final moments of the OYW, the Gelgoog was mostly piloted by young and rookie pilots, hence the ineffectiveness against Earth Federation who deployed swarms of GMs.

Btw, I just found my HGUC Gelgoog C.A. Custom :D Will see what'll I do with it after my current crisis.

Thanks for the review, D. :D

>> Kaze Tora
Thanx for facts bro, I will make correct to the earlier statment. Hee! Hee!
Congrats to your HGUC Gelgoog C.A Custom find. Happy fixing bro and I hope you will not be troubled.

>> deSMOnd
Yes, It's even piloted by the famous Char.

>> LEon
Don't you think that light saber (starwars) and beam saber (Gundam) have much similarities. So who compare who? Ha! Ha!