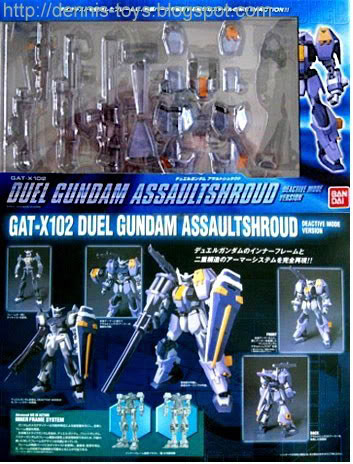 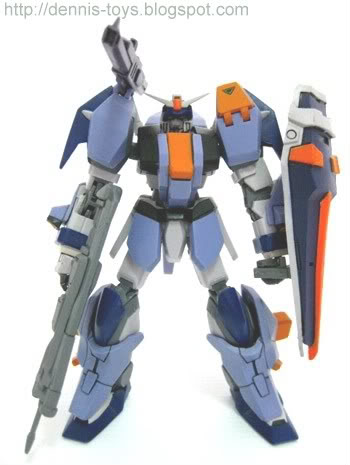 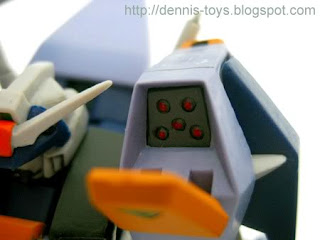 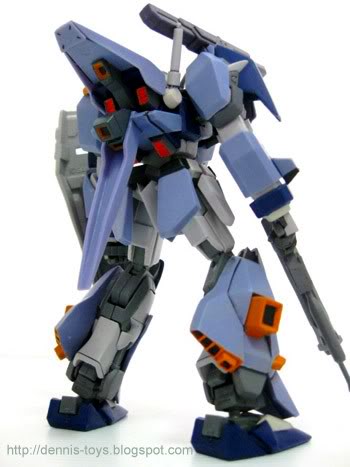 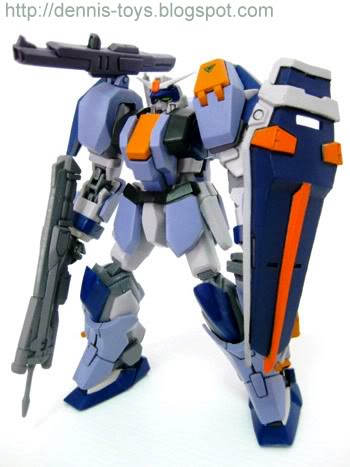 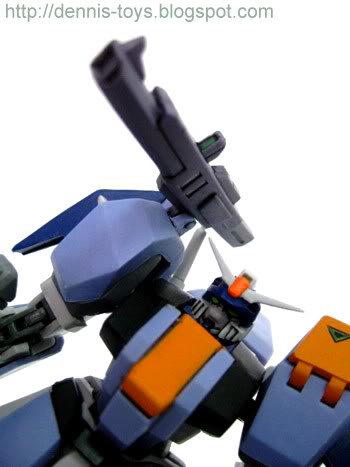 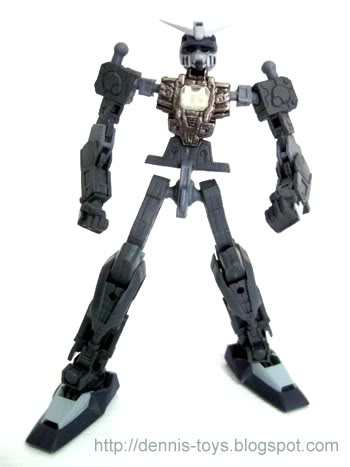 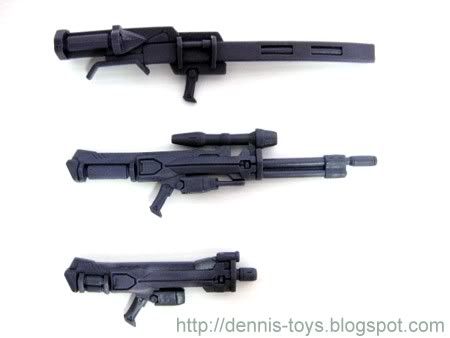 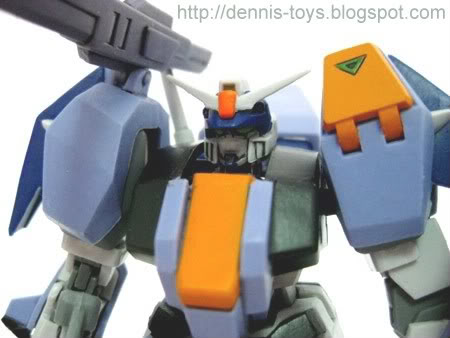 If you can still remember? I have previously blog on my MSIA Advance Duel Gundam. Now it's the time for Duel Gundam Gundam to don its extra armour! Duel Gundam in its FA (Full Armour) Assaultshoud version will be more effective in space as the weight kind of brings down the versatility due to earth gravity.

Oh yes! That rings a bell.

Ooooh... are you on to the MSIA line, dude? Oh, speaking of Duel, are you getting the Regen Duel Gundam?

Lazy person like me will choose the easy way out. So MSIA suit me better. Hee! X 2. Won't go for Regen Gundam, may consider if it's in Robot Tamashii.

I always like robots with addition armour plate which they could break free from, surprising their enemy and made the final kill. Such like GBP VF-1J & Gundam NT-1 Alex in 0080 'War In Pocket'.

How big is this figure?

Not very big, stands only around 11cm.