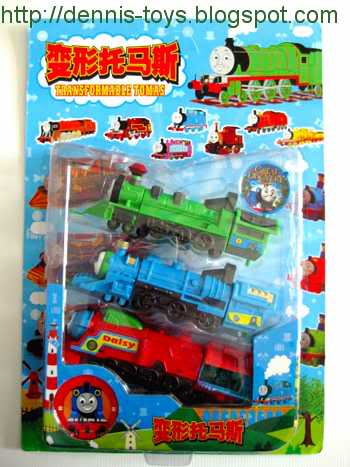 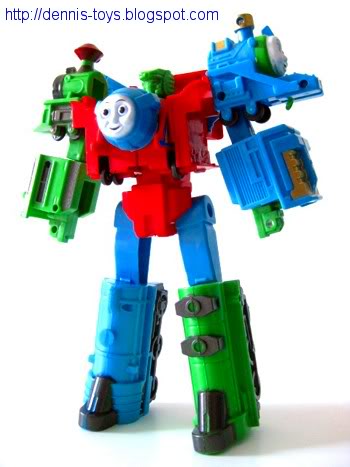 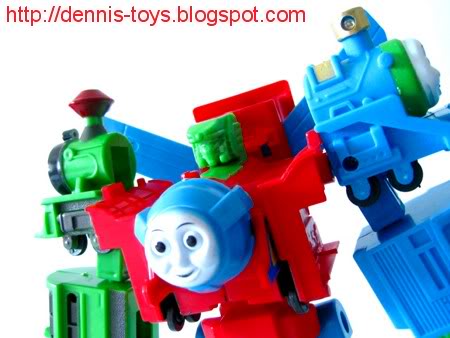 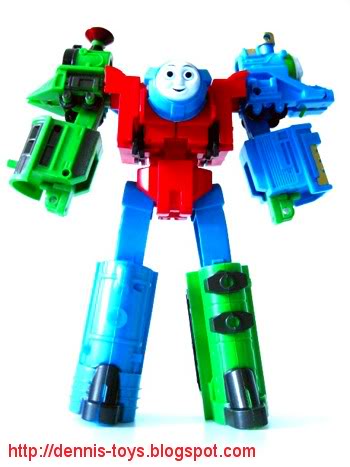 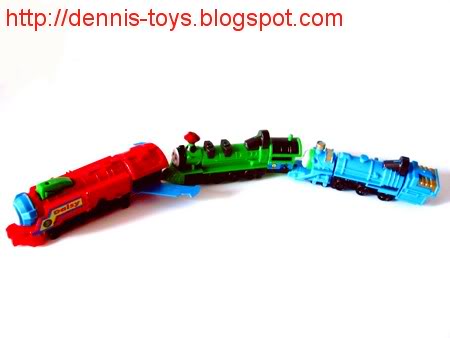 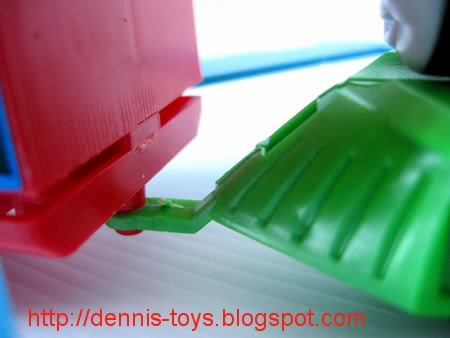 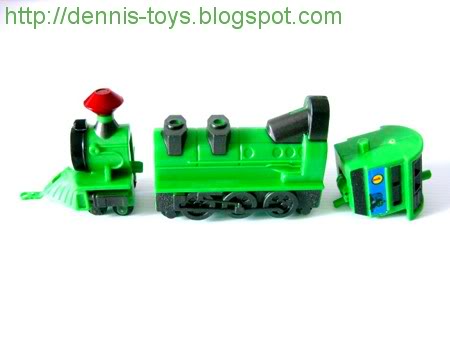 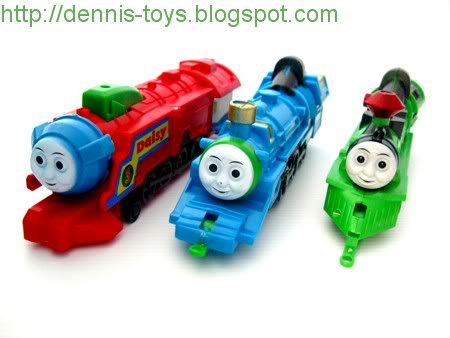 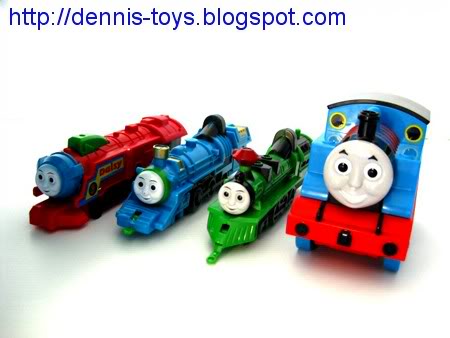 Just by looking at the front packaging without reading the word 'transformable', you probably won't think that these toys are more than meets the eyes!


Putting the KO toys with the original Thomas train as comparison


The trains can be chained up together....


The red train make up the main body.


It is basely quite easy to combine the toys to robot even without referring to the instruction, printed on the back of the card


I took a pic at an angle to mask up the robot head. Now it looks like a cute mecha with Daisy head. Ha! Ha!

I blog on this after Leon had urged me, the time when I left my comments at his blog on Bootleg Thomas Transformers. Personally, I'm not against bootlegs as I have some bootleg Macross toys of my own. Some of which are gifts from friends and some I bought as comparison to the original.

Sometime, bootleg toys can make relatively good replacement parts and addition accessories. Bootleg/KO version/replica/ knock-off or whatever you call them would usually come with different colour variants which can also make additional collection.


However, Bootleg/KO version/replica/ knock-off, rise to some moral issue of unethical copycat of the original. Secondly, most of the time, quality of bootleg toys were so inferior and so poorly made that they were already broken before even taken out from card. I believed a collector will know what's best and in principle, inferior bootleg/KO version/replica can never undermine the original toy!

The 'Thomas the Train' Transformers are gift, from Jason, for my son's birthday. In my opinion, I find it rather unique with some innovation. A very interesting cross-over which I don't think there is any original toy on this.
at September 19, 2009

From what I recall, Thomas transformers was the best Bootleg toy ever, and still is. Hope your son treasures that thing, I broke mine by heavy play^^

Thanks for the review Dennis. My stand is quite neutral when come to bootlegs figure. If the price is cheap, I think it's okay. I just do not like people selling Bootleg figure and tell the buyer it is original. That is WRONG! :)

>> GunStray
I don't want happen to the toy now. I believed already broken or some parts missing. Ha! Ha!

>> LEon
Totally agree with you bro! They should say "This is an original bootleg toy". Ha! Ha!